Who can focus on the Casey Anthony Trial when there are news stories like these ...

Chattanooga, TN … A Tennessee man’s body is being exhumed to remove dentures that belong to another man after a mix-up at a Chattanooga hospital.


Court records obtained by the newspaper showed Manis died on June 12. The dentures were with personal items placed inside his coffin. Counts said Manis’ family asked that the dentures be removed. Parkridge Medical Center spokeswoman Alison Counts told The Chattanooga Times Free Press that the body of 76-year-old Kenneth Ray Manis will be exhumed after his family learned the dentures belonged to an intensive care patient who shared the same hospital room.
The hospital has apologized and will be paying for new dentures, as well as reburial costs and attorney’s fees. The hospital declined to identify the patient who lost his dentures. 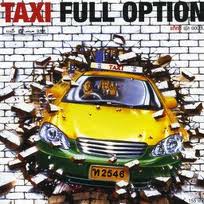 Miami, FL … The FBI has arrested a man accused of putting on a suit and tie, robbing a South Florida bank and then leaving in a taxi.
Jeffrey Harrington, 27, of North Miami, is accused of robbing the Bank of America branch in Hallandale Beach on Tuesday morning. He was arrested Wednesday.


According to the FBI, Harrington handed the teller a note demanding the teller fill envelopes with money and warning the teller not to set off the alarm because it would trigger an explosive device.
The note also read: “Remember the money is insured. Don’t be a hero.”
Authorities said Harrington left the bank and got into a parked taxicab that had picked him up from his home earlier that morning.
After the robbery, the taxi dropped Harrington off at the barbershop where he works, authorities said.
A co-worker told the FBI he saw Harrington at the barbershop putting a large amount of money in his pocket.
Federal prosecutors in Miami said Harrington made an initial court appearance Thursday morning and is scheduled to have his pretrial detention hearing next Thursday. Lebanon, NH … Here’s the scoop: Some apartment complexes are using DNA testing on dog doo to find out who’s not cleaning up after their pets.
The Timberwood Commons in Lebanon, N.H., opened this year and already has had problems with some residents who aren’t cleaning up messes their dogs leave.
So manager Debbie Violette is going to use commercially available DNA sampling kits to check the DNA that dogs leave behind when they go.
“We’ve tried doing the warning letters. We’ve tried all sorts of things,” she said Friday. “It’s always a problem. It’s just that the majority of people are responsible pet owners and there are a few who are not.”
She said residents have been told they must submit samples from their dogs so DNA profiles can be put on file.
“I want people to know that we’re serious about this,” she said. More than 30 dogs call the 252-unit complex home.
Violette just received the kits from a Knoxville, Tenn., company called PooPrints, a subsidiary of BioPet Vet Lab. Jim Simpson, president of the lab, said about 20 properties in the country have been using the kits.
“It’s one of the coolest things I’ve ever done as a property manager,” said Debbie Logan, who manages the Twin Ponds Development in Nashua, which has identified some problem pet owners through the tests.For testing samples, the company provides a feces collection kit. A small amount is put in a solution and mailed back to the lab. DNA is extracted from the feces. The lab then checks to see if it matches any of the profiles listed for the apartment complex.
Violette said that she hasn’t decided what to do if she catches a pet owner not cleaning up after their dog but that they’ll probably be fined. Language about the DNA testing will be included in a lease addendum addressing pet issues, she said.
So far, Violette said, she has gotten a positive response from dog owners.
at June 24, 2011

Sounds like you think they are weird people in Chattanooga! I resemble that remark, young man!
Yvonne