So I'm here again at the beach furiously working on my book (up to 40,000 words) and I've taken Sammy on some really cool adventures and some that will surprise you.

Just left Cafe Du Monde and now he's at the bowling alley ... What do you think?

Mid-City Rock’n Bowl came alive with lights and music as soon as 'Sammy's Ballers' checked in at lane ten. The girls were giddy now as they picked out their brightly colored balls, finally settled on which bowling shoes they wanted to wear and  picked their positions to bowl.
“Sammy. You want to go first?” Sally asked.
“Ladies first. I’ll watch and help any one that needs it.” Truth was, Sammy was feeling a little stiff and had that shooting pain in his shoulder. Better to just sit and wait, he thought.
“I’ll go.” Audrey spoke up and balanced the ball as she stood at the line.
“Hey Audrey,” Sammy yelled. “Stand about three feet back and walk up to the line when you are rolling the ball like this.” He demonstrated with an imaginary ball shuffling three steps while swinging his right arm.
“Do I have to shuffle like an old man when I do it?”
Sammy flipped her off and sat down.
“Okay here goes.” Audrey said as she took three steps and rolled the ball. A turtle could have caught up with it as it gradually plopped into the gutter.
“That’s okay honey,” Layla said. You looked pretty doin it.”
Sammy laughed. He stood up and balanced on his cane. “I’m gonna check out the men’s room.” Once he was out of sight, he headed to the front desk. A tall pimple faced adolescent wiped down the counter as Sammy stepped up. “Say, son, does a Walter Smith work here?”
“Yes sir. He’s probably in the equipment room polishing bowling balls right about now.”
“Where’s that?”
“Um, third door on your right. Not marked but you’ll see it.”
Sammy walked past the dividing line between the lanes and the big dance floor where a zydeco band played Cajun music to the crowd of  rednecks (as they were lovingly called by their peers). He pushed open the door to the equipment room and there was Walter Smith, his former young employee at Holtzman’s whom he mentored and took care of when he was just a teenager. Walter still had his tiny moustache and “cookie duster” as Walter called it below his lower lip. But the facial hair was greyer now and a stark contrast to his dark skin, drawn and wrinkled with the passage of time. He was wearing a one piece blue uniform with the Rock’n Bowl logo on the back.
“Walter?” Sammy asked. “That you?”
Walter paused and peered over his glasses at Sammy. He put down his polishing cloth and stepped closer. “Mr. Sam?”
Sammy nodded yes.
“Well as I live and breathe. I ain’t seen you in what … 30 years or so?”
“That’s probably right.” Sammy said. “I hoped you were still here. You’re on my bucket list.”
Walter gave Sammy a big hug, careful not to squeeze too hard. “I am honored Mr. Sam. Yeah, I have been here for about 40 years I guess on and off.” Walter smiled. “How’s Miss Esther?”
Sammy held up the bowling ball bag he was carrying and showed Walter the urn.            “Unfortunately, she passed a few years back.”
“I’m so sorry,” Walter said.
“We all are here for such a short time.”  He looked at the urn. “I know she would be so happy to see you Walter.”
Walter moved some papers off a folding chair. “Sit, sit. Lemme look at you Mr. Sam.” He studied him. “Looking good!”
“Liar! I look like crap.” Sammy smirked. “You too.”
Walter laughed. “Well you haven’t changed, that’s for sure.”
“Was thinking about you this morning coming down here. I remembered when I found you crouched in the corner of my store, hiding from the NOPD, with a bunch of candy bars and cigarettes in your pockets.”
“I think about that time in my life a lot.” He sat across from Sammy. “You saved my life, you know? Giving me a job, buying me clothes and stuff when I needed them.”
“And calling your mother to give your ass a whupping for stealing.”
Walter put his head back and laughed loudly. “That too.”
Sammy looked around the room. “I also remember when you said you were ready to be on your own and started working here. It was when I lost the business.” Sammy looked down at the floor. “I let so many people down.”
“Stop it.” Walter said. “You never let nobody down. Actually, working here, having to rely on myself … changed my life.”
Sammy put his hand on Walter’s shoulder. “You have a family now?”
“Sure do. Beautiful wife, two boys who live right here in New Orleans and have families of their own. I’m a blessed man.”
Just then, the pimpled faced boy popped in and handed Walter a piece of paper. “The guys from AMF just got here.”
“Thanks, Reggie.”
Sammy stood. “Hey, is Willy still around?”
“No. Willy sold the place in the 80s.”
“Who bought it?”
“Me.” Walter said.
Sammy stopped. “No way.” He continued. “Wait a minute. What the hell are you doing polishing balls? Don’t you have people to do that?”
“I like polishing balls.” Walter leaned closer. “I polish them at my other 5 bowling alleys too.” Walter put his arm around Sammy. “What do you think of me now?”
Sammy laughed. “Think?  I think I might be able to bowl for free today.” 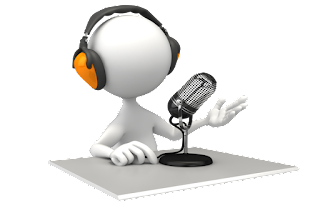 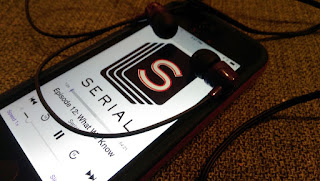 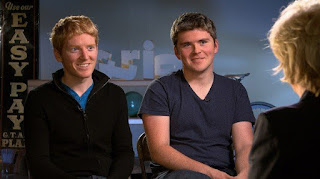 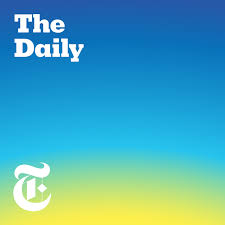 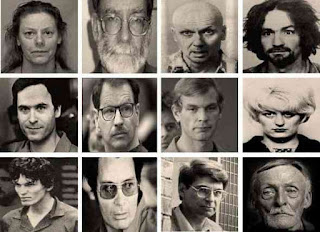 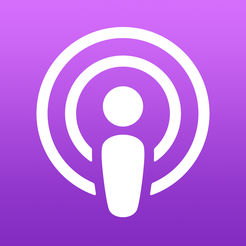 There are so many more out there. Just click on the podcast app and explore. I promise you'll find something you'll love.
at May 20, 2018 No comments: