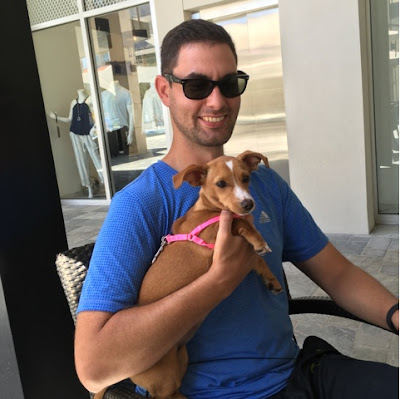 You learn something new every day.

This morning, we met Alissa and Nate at Locale for lunch. Sitting on Nate's lap was their little dog, Riley who is always happy to see new people.

"Guess what Nate did." Alissa said as we pulled up chairs.

"Really," I said as I stifled a laugh. "Did it confirm that she was a dog?"

Alissa added, "You should have seen him Dad. He swabbed her mouth and everything. "

"So seriously Nate. Why did you want to do a DNA test? To find out who the father is?"

Nate laughed. "No ... But I did find out she is part chihuahua and part dachshund."

That explains the accent!
at July 31, 2016 No comments: Links to this post 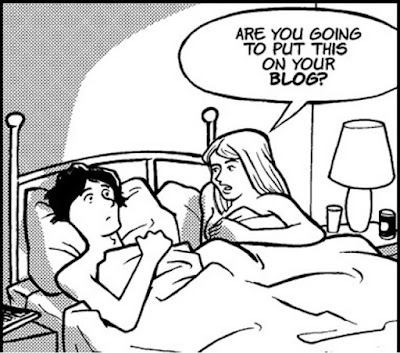 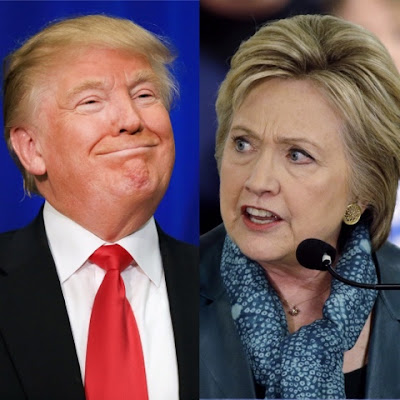 "Haha. Brilliant! But wait ... Seriously? Do you really think he could be the Republican nominee?"
at July 25, 2016 No comments: Links to this post 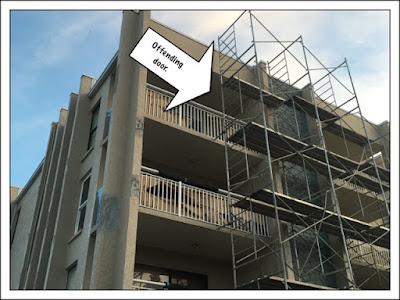 Last night I was driving back from Tampa and Debbie called me.

"Bruce was just on the phone with me and he wants our combination to the lock so he can latch the door ...."

"Sorry. Bruce lives below us at the beach condo and apparently the workmen left the door to the supply closet unlatched when they were sandblasting the floors and now it's banging against the railing so he wants me to give him our front door combination so he can go into our unit and close it."

"I don't even know Bruce. Was he the guy who came upstairs when Lee and her friends were staying there to tell them they were too noisy when they moved the furniture?"

"Yep he's the one. Actually it was Bruce's wife. She gave Lee those little adhesive furniture feet cushion things to put on the chairs."

"Nazis! No I don't want him to go into our condo without us. I'll drive over there now and do it myself."

I was steaming at this point. 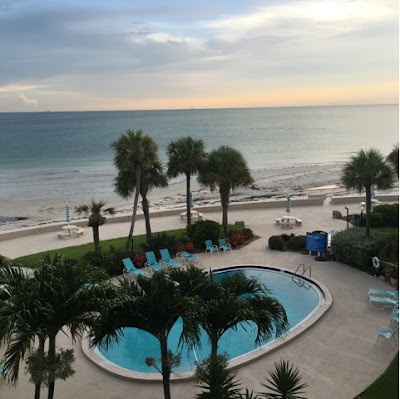 It took about 45 minutes to get there and I practically goose stepped up the stairs to our condo unit. (Goose step being the operative phrase). I keyed in our code and practically ran to the porch to find the closet door ... Latched!

That's right. It was latched! Locked and NOT swinging against the railing. I called Deb and told her about that rotten *#*#!! neighbor who had me drive all the way over there ... that's okay ... I'll tell him myself. 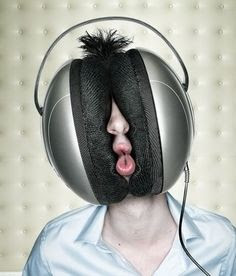 A little frail lady came out wearing the biggest earphones I ever saw in my life. She peeked through an opening in her screen door.

"Yes". Her eyes were like big saucers and the headphones now rested on her shoulders.

"Well ... I just checked on the door that Bruce called my wife about and it is latched."

"Oh heavens yes. We called the construction company and they climbed up on the scaffolding to lock it up. It made such a racket."

"Did you know that I was coming?"

"I mean to tell me that you already called the construction company."

I just stood and stared for a few seconds and finally said thank you ... I think ... I didn't know what else to say. Poor thing would have had a heart attack if I said what I wanted to say. 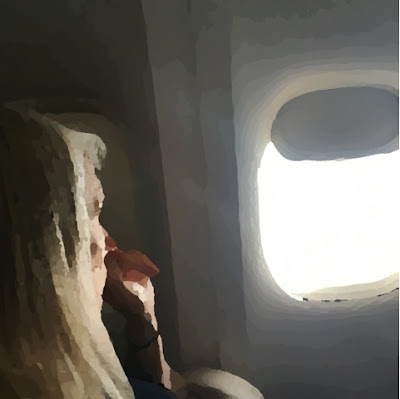 Of course I couldn't leave England with having one interesting airline story.

My seat mate was a nice lady who was interested in talking to me throughout our 9 hour flight to Tampa!

"Do you know how to work this TV set?"
"Sure" I gave her an extensive lesson on using the remote.

She watched the rest of the movie with her nose literally two inches from the screen.

I had my headphones on the entire flight and occasionally pointed to them thinking the international sign for "cannot hear" would dissuade her. 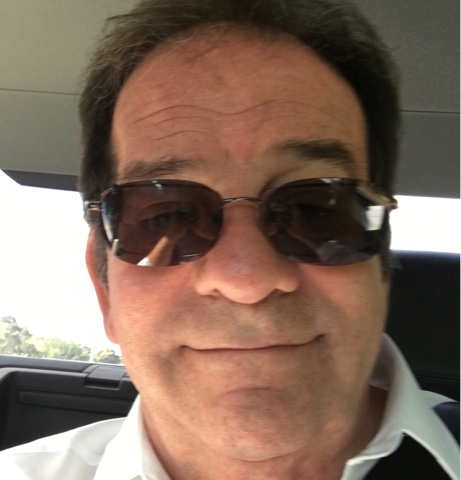 The trip to the airport was four hours by car. Left at 6AM to catch a flight at 11:45 out of Gatwick in London.
Simon was the driver. Great guy and made the trip interesting. We took the countryside roads because it was Sumday morning and very little traffic. 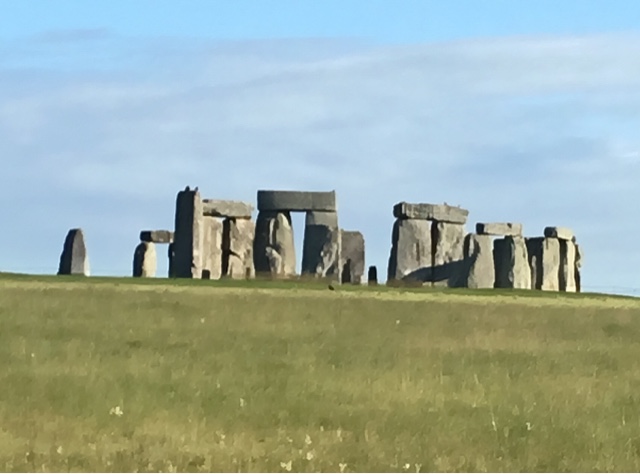 Passed Stonehenge. Looked smaller than I thought it would but it was probably a few miles away from the road. 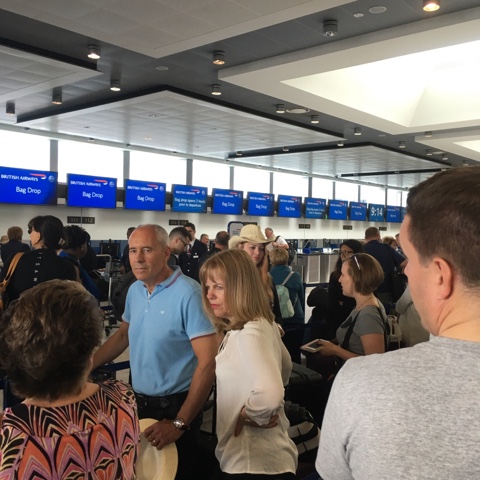 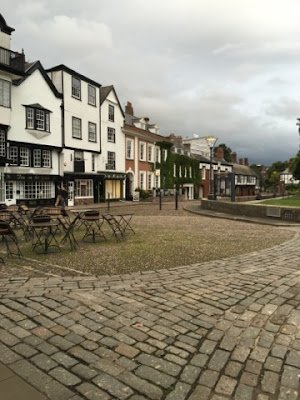 Exeter is truly a beautiful place. It finally stopped raining here and the sun kind of peeked out so I saw some historic and remarkable buildings. 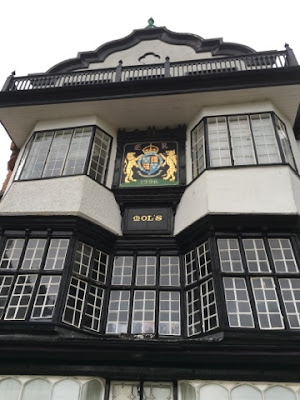 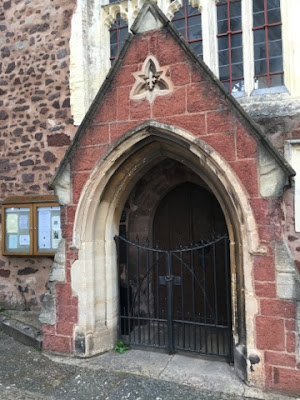 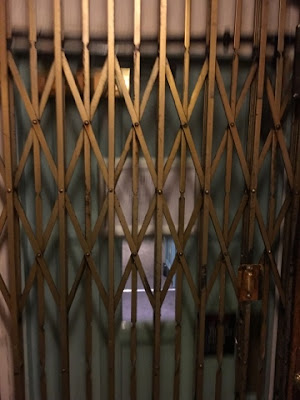 Unfortunately, the elevators were built around the same time and require manual operation (or 5 flights of stairs if someone forgets to close the gate).

Last night, the Vice Chancellor hosted a dinner at his house and it was truly spectacular. He has a "Sir" before his name so you would expect nothing less. 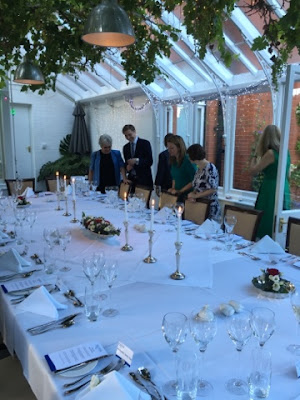 The dining table had its own enclosure in the garden with grape vines framing the room. 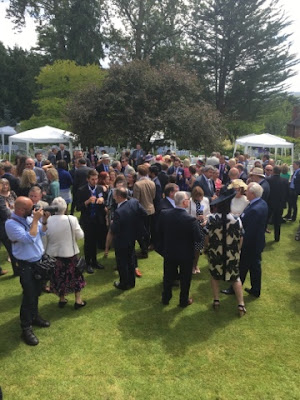 This afternoon there is a Garden Party, held on the campus grounds. The dress for that is "lounging suits". I looked it up. Lounging suits look just like regular suits except they are tailored for guys who wear Children's size 14 slim. 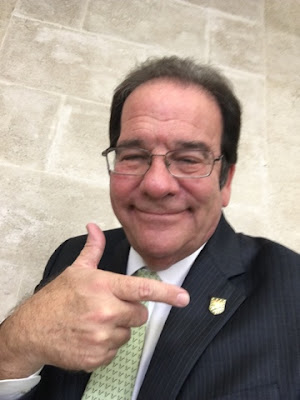 But I'm wearing my official Exeter pin!  "I say ... Who's the chubby bloke with the fat suit and great looking pin?" 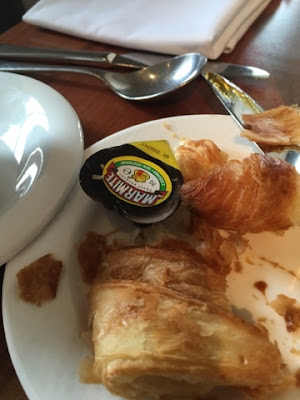