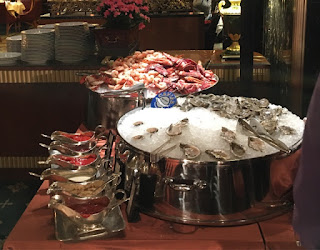 We decided to sleep late.

It was about 11 when we made our way to the lobby and saw the most incredible array of food items ever assembled on a Sunday Brunch line. 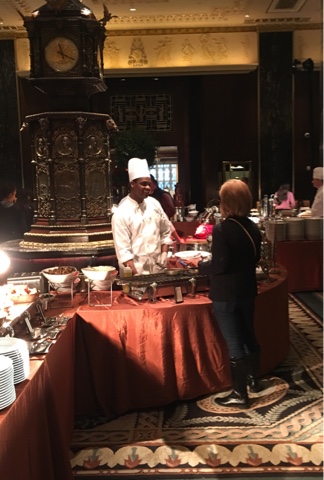 The only mistake we made before we dove in was to check the price. An omelette and a few shrimp later, I paid the bill.

She also went to St. Patrick's Cathedral to pay for our sins right after our breakfast. I did what most heathens do ... Skipped church.

At 3 PM we met our good friends Tara and Tod Leiweke. Tod is the COO for the NFL and has been Goodell's right hand for the past few months since moving to New York. 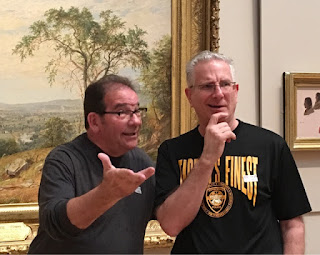 We went to the Metropolitan Museum, Tod's favorite spot. I didn't realize that Tod knew much about art.

I was impressed when Tod said to me "So let me get this straight ... An artist puts paint on his brushes and then he splashes it around on a canvas."

"And that is called a painting!" 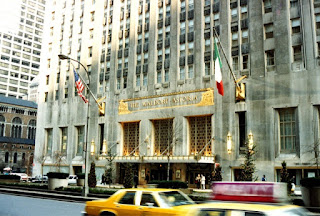 So Deb had three surprises for me today.

One was reservations at the Waldorf Astoria (where we honeymooned). Place is as elegant as it always has been. We ate lunch at the Bull and Bear Steakhouse below the lobby. I haven't had much of an appetite this week but managed a steak sandwich and French onion soup. Deb had lox and bagels and we were both satisfied ... By the way, has anyone figured out how to eat French onion soup without having that long
piece of cheese flap out of your mouth? 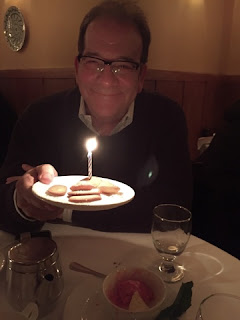 We took a power nap this afternoon and then headed to surprise number two: Dinner at Saju Bistro for dinner. It wasn't a place we were familiar with but Deb did her research and turned out to be great. Problem was, we were both not hungry at all so we ordered more soup and more  a cheese tray that we cancelled. Big night out for us. They did come out with a birthday candle on some cookies ... Very sweet. 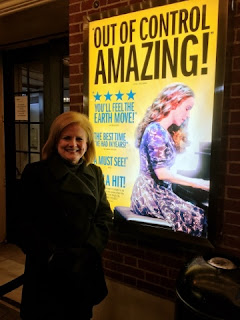 Tickets to Beautiful ...The Carole King  musical which was SUPERB! Gotta tell you if you haven't seen it ... Run to New York ... Seriously. The performances, the music (from her Motown days to her later years) and the story all worked so well together. I'd see it again.

Coughing up the Big Apple 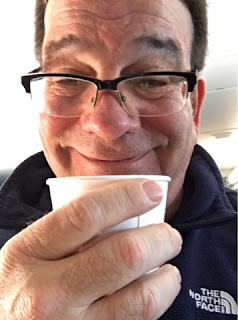 On our way to NYC.

Deb did a birthday weekend for me.  I'm not sure what's planned (not for the usual reason of not paying attention). She actually kept it all a secret. So far I know we are flying Delta.

I'm sipping some hot tea because ... Big surprise ... I've been living with the flu. When I caught it a week ago I heard that some people have it for two days but others ... (Translation: me!) ... Have it for weeks. This type of flu stays pretty much in the chest and causes fits of coughing. My fellow passengers just presented a petition to the captain asking for my removal.

Good thing it's about 20 degrees in New York. Should teach those bad germs a lesson.

Yogi Has Nothin On Sammy 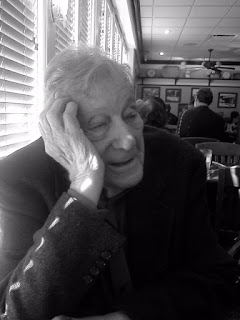 As you may know, I am writing a book about Sammy. I came across one that I wrote in July of 2008. Thought I'd reprint it: 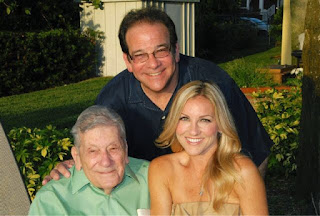 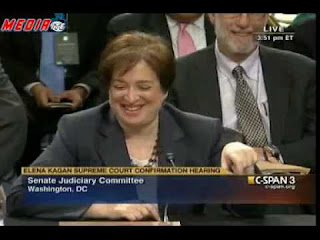 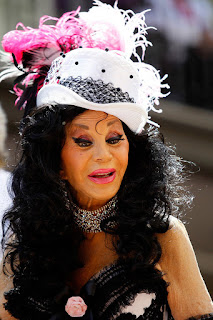 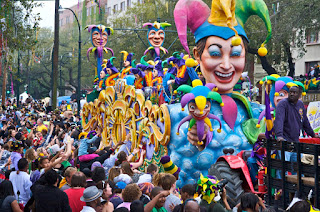 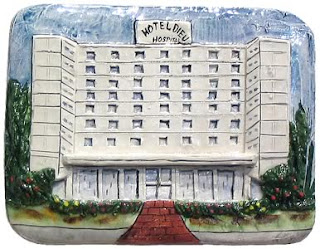 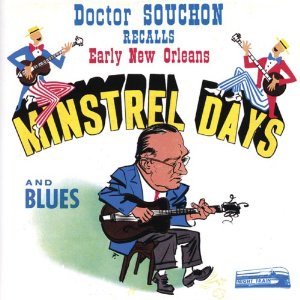 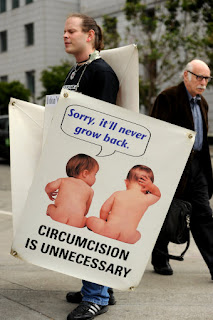