I've had a few heated conversations lately about politics, the state of the world and how bad things are. I really think it's time for everyone to reread my favorite book ... "All I Really Need to Know I Learned In Kindergarten" by Robert Fulghum. I used to remind my staff of the guiding principles (when I was a working man)

4. Put things back where you found them.

6. Don't take things that aren't yours.

7. Say you're sorry when you hurt somebody

8. Wash your hands before you eat.

10. Warm cookies and cold milk are good for you.

Live a balanced life - learn some and think some and draw and paint and sing and dance and play and work every day some. Everything you need to know is in there somewhere. The Golden Rule and love and basic sanitation.
at May 27, 2020 No comments: 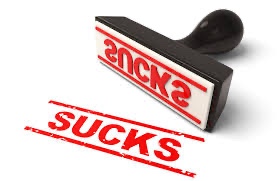 That is the standard response to the question "How are you doing?" Oh yes ... I could go into a lot more detail but truly, people fall asleep after ten seconds of stomach aches, bleeding fissures, nausea and pain. By people, I mean ME. I can't even listen to it.

I remember my brother in law Tom would always have the same response during his battle with pancreatic cancer. When asked how he was doing, he would always say, "Better than I deserve." That stopped further questions on the spot. I now have a new appreciation for that line. Tom was not one to dwell on the negative and hated the focus to be on him. Miss that boy every day.

Responses are a funny thing. Jerry Seinfeld has a new special standup on Netflix that should be required viewing for everyone. One of his hilarious sets is a back and forth on the two reactions that people have to everything; movies, food, health ... life. "It sucks ... or it's great". His claim is that there is no longer a middle ground.

For example, You go to a movie and the conversation is:

"I thought it sucked, you?"

"You know the beginning was GREAT, but the rest ... SUCKED."

His theory is that suck and great are really almost the same thing. For example, you're eating an ice cream cone and it falls on the sidewalk. What do you say? "THAT SUCKS." then you look at the damage and immediately say "GREAT!"

NOTE: By the way, I never get tired of hearing from you and knowing that you care enough to ask me how I am. Tom would have said the same thing.