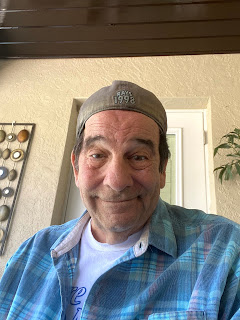 As is my nature at times, I seem to have a knack for bad timing. Corona virus quarantine was apparently not dramatic enough, so I added to my burden by undergoing surgery to remove a melanoma from my liver two weeks ago.

How does one get a melanoma on the liver, you might ask? So did I. And it’s not easy. It can travel through the bloodstream from somewhere on your skin or just show up in odd places. I'm in the latter category with the other 5% (of course).

The past few weeks have been kind of a blur. Got through the heavy painkiller phase and trying to muddle through getting my strength back. Turns out that removing 40% of your liver is an effective way to drop some weight. But I’d still recommend Weight Watchers. And ... your liver grows back anyway.

I’ve also been dealing with a lot of emotions that I often can’t control. Losing 40% of your liver must be comparable to giving birth so I really have newfound respect for moms after childbirth. My kids think I've always been hormonal anyway ... even crying during episodes of Baywatch when they were young.

Yesterday, was one of those sensitive moments.

I was telling Deb that I had a great idea for a comic book superhero based on what I was going through. I called him IMMUNO-MAN. You see,  Immunotherapy is the next step of treatment to assure that the melanoma doesn't come back. Infusions every month boosts the immune system to help the body fight the cancer.

So I told Debbie, "IMMUNO -MAN has super immunities that fight off all disease and give him special powers."

Debbie answered, "That's a little different from what the doctor described."

"Well, exaggerated but still he will have the additional power boost to fight infection."

"Remember, the doctor said it will give you a little more and the ability to help ward off melanoma but not like you can fight off anything."

I was quiet and thoughtful for a minute and then overcome with emotion. "DEBBIE ... YOU JUST RUINED MY COMIC BOOK!"

I didn't talk to her for five whole minutes. 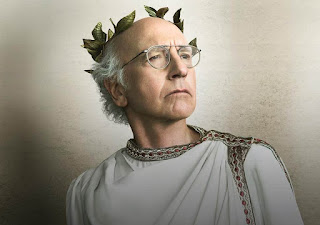 Being the guy who has the reputation as an outlier has certain benefits I guess. People seek out your advice. (Not because you’re so brilliant but more because no one else thinks like that). Gambling has mixed results. When you’re hot you're hot but when you’re not ... Your kids always wanted a normal dad but had to settle for Mel Brooks and Larry David.

As of late, health issues have been quite a challenge. I’m getting a little tired of being in the 5% of unexpected outcomes. Lately, it’s been liver issues that have become so complicated that I have to read Debbie’s medical updates to the family to understand where I am.

I won’t spend a lot of time and medical jargon on this today. Just know that the last month or so has been a blur but we are moving through it with heads high and painkillers in each pocket.