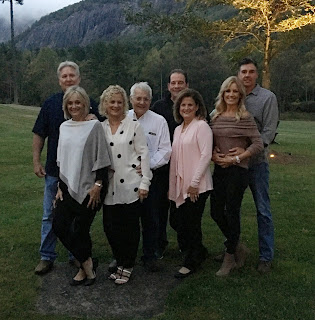 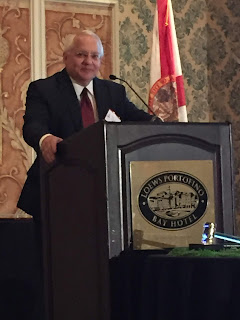 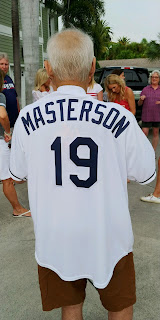 I Used To Draw Good

Once upon a time, when I was a young college student (231 years ago), I dreamed of being a famous illustrator/cartoonist. My college years were in the heyday of Doonesbury and Peanuts. I majored in Graphic Design and set up my drawing board, cleaned off my rapidiograph pens and went to work. These were the days before computer animation and design so everything was done by hand.

NOTE: Please bear with me as I dig up these obscure past documents that I have come across because I'm getting a little bored with sitting around talking to my hip.

Okay where was I?

Oh Yeah ... so I start working at All Children's Hospital in the 80s and become the Marketing/Communications Director and find a dearth of great material from the docs and the nurses and volunteers and the kids. I didn't remember half of these until I recently looked through my stuff.

Some of them don't even suck. I thought I'd share them with you in case you need more material at bedtime to put you to sleep. Remember, there is a reason I moved into Development work.

The radiologist at All Children's was a great model. These were pretty accurate. He had his kindergarten diploma framed and prominently displayed in his office. \

Okay ... one more and I promise I'll leave you alone.

Until next time when I uncover some other useless gem! 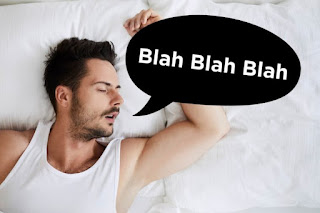 Three weeks out and my hip is finally acting like it’s a real part of my body. Although, there are still days that I have apparently made my new hip very unhappy. Those are the days that I need a little help to calm him down.

Tramadol is the answer.

I take it before bed to help with pain and to help me sleep. It works. Actually, it works so well that sometimes I fall asleep before my head hits the pillow. Sometimes I can’t tell the difference between sleeping, dreaming and having a long conversation.

Last night I asked a Debbie what she meant about breaking her spine and wanted to know how she flew around like that. This time I was awake when I asked her but asleep during the first part of the conversations. I swore that the conversation actually happened ... then I went back to sleep.

Tramadol is not for the faint of heart or faint of stomach. That's right ... stomach. Use it long enough and you experience some pretty unpleasant symptoms. I'll leave it there.

Fortunately, I don't need it as much these days. Feeling much better! The doctor took out the sutures yesterday and said I'm making progress. Hope to see you soon.

Right after I get out of the bathroom. 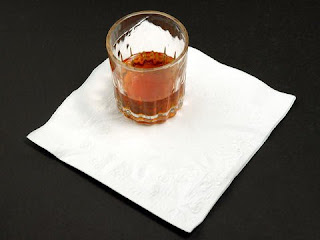 Cocktail napkins are truly one of the most useless creations of out time.

I held one the other day and wondered who ever thought that this was a good idea? I guess napkin manufacturers saw a market for them or at least a pretty good profit margin.  They cost almost as much as full sized napkins and are less than half the size.

So here’s what they are used for.

1. Protecting the bar top from your cocktail glass dreaded rings.

Let’s look at that for a second. Have you ever put your drink on a cocktail napkin for more than a minute? What happens? It falls apart, shreds, and creates more liquid on the bar than your original glass. What’s wrong with coasters? And have you checked out bar tops lately? They really need protection?

2. To hold at a cocktail party when apps are passed around.

How does that work for you? It is the companion to a small paper plate that holds one egg roll which you eat in one bite and search for somewhere to throw your cocktail napkin away.

3. If you feel a sneeze coming on it might be a handy thing to keep in your pocket.

Oh yeah. That works well. One of my sneezes is enough to create a mud slide. Obviously the cocktail napkin wouldn’t come close to containing my sneezes. It doesn’t even contain my nose.

Who would sit around and worry about these kind of things? Me. I’ll put it aside for now. There are more important things to worry about. Like ... what do you do with the toothpick that was in the watermelon squares.
at July 01, 2019 No comments: