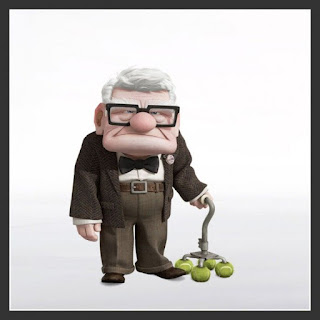 Here's a blast from the past in honor of Sammy.

Sammy had a major problem today.

"One of my balls is gone." He said as he stepped out of the car and leaned on his walker outside of Bob Evans Restaurant.

Sure enough ... Sam was one ball short on his walker which  kinda leaned to the right. But he seemed okay walking with it. Once in a while a spark or two would flash from the back leg on the sidewalk. But other than that ... he managed fine.

We saw a couple that we knew leaving the restaurant as we were putting our name on the list at the hostess station. We made the introductions.

Sam ... "You like being a lawyer better than being a policeman?"

Just about that time, Sammy had a coughing attack and grabbed a few tissues to get rid of whatever came up (don't ask). He reached over and handed the tissues to Donna ... "Can you take this for me?"

Debbie swooped in to rescue Donna telling Sammy to drop them in his tissue box.

Thankfully, our table was ready. John and Donna were saved. We said our goodbyes and headed to our table. The waitress took Sammy's order. Because he said he was not too hungry he only ordered 3 eggs over easy, bacon, home fries, three pancakes and two biscuits.

In between mouthfuls, Sammy made conversation.

Debbie pointed to the date ... "I know ... that's when the school was first started."

We both just shook our heads.


After breakfast we took Sammy back to The "Manor". He wanted me to come up and take a look at his headsets. On the elevator, he stopped one of his lady friends who was coming out.  He told her to show Debbie her knees. Why ... we never figured out ... but the elevator door kept hitting both of them as they tried to communicate with each other. 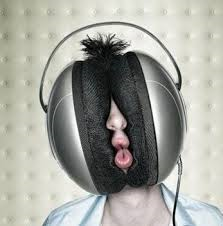 Once in his room, Sammy put on his massive headsets and told me to fix them.

We switched on the button which was turned off and asked him if they were working now."

He just stared at the TV screen. 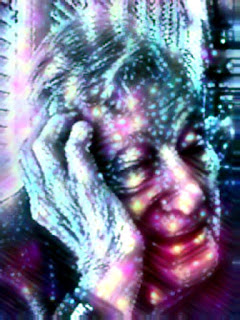