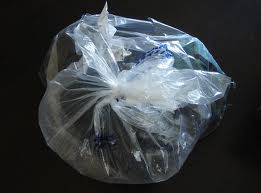 What a wonderful word. Thoughts of FREE time ... kicking back ... having fun ... Yes ... This was the first day of our fun filled vacation: A week of cruising Alaska.

And little did we know that just as we landed in Seattle ... playtime was over.

First ... Debbie's suitcase had somehow exploded in the plane. We watched it as it rounded the carousel, wrapped in cellophane ... bras and blouses and shoes were sticking out of every corner.

"I don't see how this could have happened," Debbie said as she tried to tuck everything back in place. "Let's go to the baggage claim area and tell somebody."

We did and ... to give Delta credit ... they gave Debbie a replacement suitcase on the spot. And there we were in the middle of the airport ... repacking Debbie's stuff. Okay ... problem solved.

Next ... We wait for the nice man in the Courtesy Shuttle for the Doubletree Airport Hotel and as he pulls up, I lug the suitcases behind Debbie who stops him and tells him we are going to his hotel. He turns around, looks at her and peals out without us.

"Debbie," I asked, "Are you sure that we are registered at that hotel?"

Debbie, you see, was still a little upset about her suitcase explosion.

Then ... After taking a cab to the Doubletree, we approached the young girl who smiled (after about 15 minutes of talking on the phone) and gave us chocolate chip cookies at check in when she couldn't find our reservation.

"Ahhh ..." she finally said when she apparently found our name. "I'm so sorry ... you are registered for our other Airport Doubletree Hotel. I will call them."

"Wait a minute," Saint Debbie said, "you people (translation: you ignorant s###s) have TWO Airport hotels? You confirmed this hotel. Not the other one. And another thing ... the stupid shuttle driver pulled out without us." Debbie produced the document which clearly stated that we were registered here ... and our receipt for the $5 cab ride.

"So sorry for the confusion," front desk girl continued.

Debbie and I "calmly" walked to the front doors to wait for yet another shuttle to take us to the "other" Doubletree. Translation: We had a slight keepyourvoicedown argument about things like who are these stupid people who have two airport hotels and if you could have done better Joel then you should have done it yourself.

IT JUST GETS WORSE .... The shuttle picks us up a half hour later (it's now 11PM Seattle time and 2AM Florida time). The driver was (guess who?) the one who pealed out on Debbie. It was a very quiet drive to the Doubletree which ... by the way ... was another 45 minutes away. THIS IS THE SECOND AIRPORT HOTEL?

Fortunately, the front desk clerk was very helpful, normal and apologetic. She had our room and showed us the way. She also booked our ride to the Pier for the cruise in the morning.

"One more thing," I asked. "Is there a Walgreen's close by? I forgot one of my medications and I needed to get it refilled."

I left Debbie and went with the scary, dark, brooding shuttle driver who was busily looking at his phone for the Walgreen's locations.

ONE HOUR later we arrived at the Walgreen's in Seattle ... which was darkened and CLOSED.

So off we went to the second Walgreen's which WAS open (Thank heavens) and I did a beeline to the Pharmacy. I told my tale of woe to the girl behind the counter.

"I am so sorry," she said. "Our network is down. If you come back in about three hours we should be up and running."

We drove back. Deb and I and quietly got into bed. 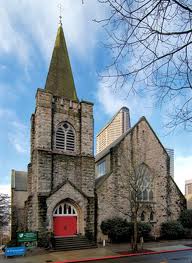 If you guys landed in Seattle on Saturday I know what the problem was-- blame it on U2!!! It is all Bono's fault... LOL. Enjoy your cruise and report with pictures please. I hear Alaska is stunning. Bon Voyage??????-- Sharon

So Bono's to blame. You know ... He probably got our original room at the Doubletree. I'll keep my journal going ... Thanks Sharon.

And this is just the start? ANYTHING goes wrong today turn around and fly home. Oh. Wait. Getting on a plane might not be a good idea with your luck. Uh stay out of the casinos. At least they don't have icebergs in ... Oh never mind. StevieB