Do Over ... What Happens in Vegas 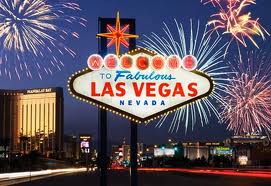 I was born with a gambling gene that many of my fellow New Orleanians share (my mom had it for sure). The technical name is the "Seeya-Raiseya-Splitem-Hitme Blazing7s gene". Not familiar with it? Then you've probably never been to Vegas.

On our last visit, we decided to see a couple of shows (a major compromise for me) ... one of which was Donny and Marie at the Flamingo. Debbie was a big fan of Donny's when she (and he) were going through puberty together. I was never a real fan of either ... then again ... I only discovered puberty in the last few years.

Actually ... I had met Marie many years earlier. 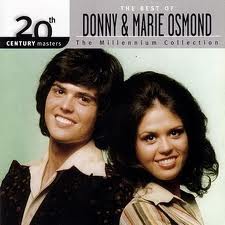 When the Childrens' Miracle Network Telethon was first organized, 28 years ago, I was in Chicago with the 10 other childrens' hospital foundation directors who decided to take a chance on a new concept in fundraising ... a national telethon designed to raise money for the local partners instead of the other way around ... a local effort to raise money for a national telethon (like Jerry Lewis). The Osmond Foundation were the founders and Marie was the host. Over the next few years she flew back and forth to St. Pete to meet with our donors.

So as we stood in line waiting to enter the club where Donny and Marie were performing, Debbie said to me ... "Tell them that you know Marie and maybe we can talk to her ... and DONNY!" I reluctantly gave my card to the girl at the hostess desk and asked her ... "Would you give this to Marie? I know her ... at least I used to know Marie ... that is ... we kinda did business together ... it's been a while ..."

She answered without looking up ... "She doesn't take messages before the show. Try afterward ... NEXT!"
I'm sure she tore up my card as soon as we took our seats for the show. I sat there and mentally kicked myself  ... I must have sounded like an old groupie.

After the show finished Debbie said ... "Let's see if we can find them." Sure. Just what I wanted to do after getting shut down by the front door girl. But we wandered out the door and toward the back of the theater where there was the lineup for the meet and greet. Everyone had on badges and lanyards looking official ... like a "fan club" ... and we .... hung around.

He left and I sweated in line worrying about Marie not remembering me and NOW I had to knock over some poor fan. I told Debbie we should go ... maybe sneak out .... no way Debbie was gonna leave ... not with the chance to see Donny.

Just then I hear a voice and see a familiar face. Joe Lake, the co founder of Children's Miracle Network comes up to say hello. I was thrilled to see him. We talk about old times ... I tell him what we're doing here and the "plan" to see Marie ...... he said ... great should be fine ... and then he dissappeared.

I'm left again with the urge to run as we inch up closer to Donny and Marie. Debbie is like a school girl .... and I am sweating like a stalker .... the REAL stalker walks up to Marie .... giggles and talks and pulls out all the Marie dolls and then I got ... THE PUSH from behind and I was staring right at Donny ...

I did as I was told .... Marie was just lovely ... remembering some of our past experiences together or just being polite ... either way I was relieved to have gotten this over with ... 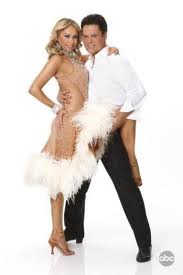 ... It only took a few more hours to get Debbie away from Donny. (She kept dancing with him)