When (Will) I Grow Up

Ever think about the impossible dreams and goals you had when you were just a kid?

You know ... those great, unreachable goals that you could never hope to accomplish ... I'm not talking about being an astronaut or explorer or even the President of the United States.

I'm talking about the ones that you can only dream about. l'll give you some examples of mine ... and why I haven't really grown up yet. 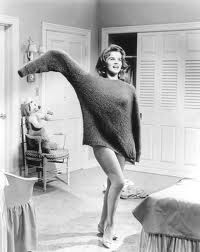 Sure she's 100 years old now ... but when I was 13, she was the sexiest actress alive. She's still pretty hot by the way. Back then, she was really hot.

That scene in Bye Bye Birdie when wears that sweater is still the one I remember today. Man ... it was big enough for two and I wanted to be in that sweater with her.

I sent her the only fan letter I ever wrote to anyone. It was filled with lies. I said that I was 21, I had broken up with a girl that looked just like her, I was a doctor (I think) ... maybe I said a surgeon, I asked her if she would go out with me.

She sent me an autographed picture that I treasured.

In my mind it was the only one she ever signed.

Obviously I never got my original wish. But today, I count this as a win ... my wife Debbie not only resembles her ... she's much better looking. And she says I remind her of Elvis (yes ... the fat old Elvis).

Goal 2: To be a professional baseball player

No one knows about this ... and those who know me best will be surprised. My kids have no idea I ever wanted to do this. They are all great athletes who played a variety of sports well.

I played nothing well.

That's why this is in the impossible dream category for me. I was the last to be picked, the one that always played left field DEEP (mainly because at 8 years old, the only balls that came my way were rolling slowly when the shortstop missed them). I had severe asthma and carried an inhaler with me.

Okay, sure ... we all love the stories of overcoming odds and becoming a champion. The only way this was ever going to come true was for me to wake up one morning in a new body.

I finally compromised. I got season tickets to the TB Rays. 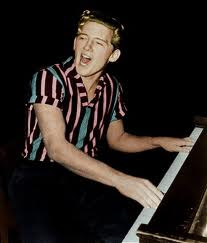 Goal 3: To be Jerry Lee Lewis

Notice I said to BE Jerry Lee. He was my earliest idol. Lewis was the bad boy of rock and roll ... his heavy bass rhythm and his staccato treble chords were incredible. I loved the way he rolled up and down the keys, pounded them with his heel, flipped his hair back and hit those high notes when he sang.

The closest I got to being him ... was trying to play like him.

So today when I play the piano ... if you squint your eyes, cover your ears and go into another room ... you would swear I AM Jerry Lee Lewis. 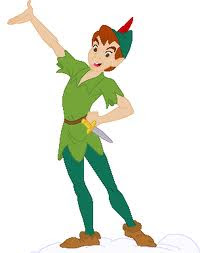 Goal 4: To never grow up

Yeah! I didn't grow up either. You even said I still look the same (and yes, of course, I do). The last time I played with a Barbie was five years ago, however. I was taking a studio art class and I used Ballerina Barbie as the armature for a papier mache sculpture. She looks great on the shelf, but now it's really hard to contort her little limbs and make her dance. She a bit stiff.