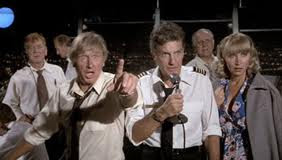 Spent a few hours in the Atlanta airport on Sunday.

It was the second leg of my flight back from Vegas. (I won't bore you with another Vegas story ... I'll just bore you with my travel woes). This time I got a full paid grown up ticket on Delta so I wouldn't be delayed.

As I settled into a seat at the gate, I plugged in my adapter for my now-dead iphone. Fortunately, there are now electric outlets at the airport that sit above the seats. Trouble is ... for you iphone users ... those damned wires are only about 12 inches long. That means if you aren't sitting directly below an outlet you have to drape across the guy who is sitting next to you holding your iphone on your finger tips and talking into the speaker for all to hear.

As I juggled the phone, a voice came over the loudspeaker:

"Passengers awaiting Flight 1678 to Sarasota (I had to fly out of Sarasota because the flights were all filled out of Tampa), I regret to inform you that we are delayed awaiting one additional flight attendant."

Oh great ... I thought. What the heck difference does it make if we are one attendant short? Just let me in and I promise not to order extra peanuts.

My first leg of the flight began at 6 AM. I slowly started to drift off ... shaking myself awake ... afraid that the flight attendant will arrive and they take off without me. An hour later another announcement: 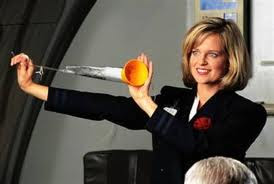 "Ladies and gentleman awaiting flight 1678 to Sarasota ... we are still waiting for a new flight attendant.  We apologize for the delay. The attendant who was scheduled for our flight took sick on the previous flight and was immediately sent home."

Almost in unison the crowd stood and headed toward the gate agent. Either they all got sick or they saw a flight attendant swoop in.

"Passengers awaiting flight 1678 ... we will start boarding our First Class passengers and passengers who need assistance ..."

Finally, I slipped into my seat next to a Jamaican golfer who immediately drifted off to sleep. There was one problem .... he was a nervous leg shaker. His legs opened and closed in his sleep ... a lot ... banging against mine.

Then ... the pilot had an announcement:

"Good morning ladies and gentleman. Sorry for your delay. Unfortunately we have some more bad news ..."

My God ... this is only an hour flight ... I could have WALKED home in less time. What is it now?

"We had a passenger who got sick on the plane and are cleaning up the area he was sitting in ..."

"... when another passenger also got sick. Now we have to complete some necessary paperwork so we can take off." 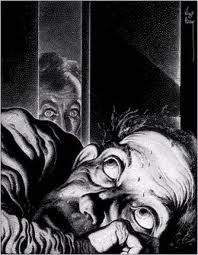 I AM NOT MAKING THIS UP. So .... all I could think of is that the bubonic plague had hit the Atlanta airport and we all would eventually die. The only one not worried was the Jamaican guy pounding my leg and now snoring as well.

What else could go wrong?

She started in with a story about Medjugorje  .... every step she took to finally see the Virgin Mary ... EVERY STEP. Step by step ... inch by inch ... I started to feel like Edgar Allen Poe in the Tell Tale Heart ... I wanted to get up and kill EVERYONE .....

"Ladies and Gentleman ... we are cleared for takeoff ..."

I feel this. But see a therapist about those anger issues, Edgar.