Of Mice and Bunnies 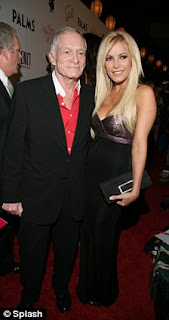 Hugh Hefner has been in the news alot lately.

His fiancee broke up with him in June ... she apparently found out that there was a 271 year age difference between the two of them. Then earlier this month, there was a social media rumor that Hef was dead.

"Not so ... Rumors of my death have been greatly exaggerated," He said as he lay next to his new girlfriend who will finally get her braces off next week.

I go way back with Hef ... not that I ever met him ... But he DID have a big effect on my career when I first started working at All Children's Hospital as the PR Coordinator.

"It must be a mistake, " I stammered. "I don't know anything about this. I think she must have done this on her own."

"Well stop this then ... and call the paper and get this retracted," He said. "These are children ... for God's sake ... what's wrong with these people."

I got busy on the phone trying to track down where this all started. I called the restaurant and found out that the "bunny" had done an interview with the reporter and she had commented that she would LOVE to meet the children at the hospital ... not that she was actually coming to sign autographs.

So ... I called the reporter who wrote the story.

The reporter was silent.

"If you could do me a GREAT favor by printing a retraction about this visit. I think the families would be relieved."

"Relieved?" The reporter said. "Are the parents upset?"

"Listen ... the fact is ... she is not coming to the hospital. These are kids ... Playboy is not published for them."

"But they are giving money to the hospital, correct?"

"So let me get this straight," The reporter said. "You are accepting money from these folks but won't let them in the hospital to see the kids?"

"LISTEN ... BUDDY," I lost it. I learned a valuable lesson about reporters and interviews that day ... they definitely don't like to print retractions about mistakes they made. "We are really more the MICKEY MOUSE type ... not PLAYBOY ... got it?" 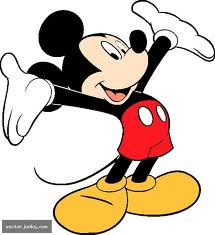 The next day the headline read: ALL CHILDREN'S HOSPITAL IS REALLY MORE MICKEY MOUSE  ... the quote was attributed to me and was reprinted at the end of the year as one of the "worst quotes for 1986"
at August 13, 2011

Gillian ... I've had a penchant for those adorable creatures as well.