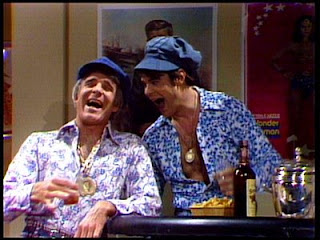 Last night, my buddy Joe Sambito was in town.

We've been friends for 20 years. Our daughters played sports together, we went through divorces together, we hung out like Steve Martin and Dan Ackroyd together and last night we were two old farts talking about old fart things together.

Joe was a former major league baseball picher with the Astros, Mets and Red Sox during the 70s and 80s. He was as famous for his left arm as he was for his hair.

Sports Illustrated once wrote about Joe ...  "His secrets of success include not one, but two major league fastballs, a nasty slider and not one, but two or three hair dryers. He holds one fastball so that the ball sails in on righthanded hitters. The other fastball sinks. He employs a conventional grip on both the slider and the hair blower."

Joe was always the guy that women went crazy over. During our "wild and crazy" post divorce single days, Joe and I would hang out at a beach bar called the Hurricaine. On a typical night, Joe would meet 93 women and get 93 phone numbers and I'd meet two: One would tell me to get lost and the other would ask me for Joe's phone number.

One year ... we both even had disfunctional girlfriends at the same time. Mine was a bartender addicted to pain killers and his was a schizophrenic flight attendant. There's nothing like a disfunctional woman to keep us sicko men interested.

Fortunately for me, I found Debbie .... almost totally functional ... and better still .... willing to actually marry me. 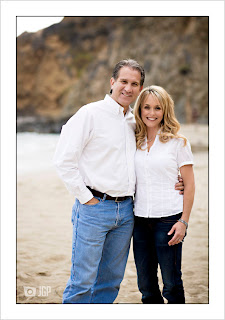 And fortunately for Joe, he met and married Jennifer. They have two beautiful kids and live in California now.

Joe is a baseball agent/player's rep. We see each other periodically and have the kind of friendship that regardless of how long it's been ... we pick up from where we left off.

Well ... last night the conversation wasn't quite the wild and crazy one it used to be ... more like:

Silence while we drink and shake our heads.

More silence while we chew on peanuts and take another sip.

We both take out our cell phones and check messages.

Suddenly we both realized the time, hugged each other and headed home wondering where the time flew ... after all ... it WAS ten o'clock!

Too funny. I love old friends that you can sit down with and it's just like you saw them yesterday.

Oh yeah, I know where your conversation is going next time you see each other.

Joe: Grunting, what brand of depends do you use?

Silence while you both pee where you are sitting.

I like your blog, fun to read I'm following you too.

Very funny, especially the side comments!!!

This is hilarious! I love the description of the old girlfriends...too funny!

Ah, isn't it just brill' how life changes, or rather how priorities change within the years! Great blog, keep me interested ;D

@VKT ... tx. Old girlfriends are like Old Generals "they never die ... they just fade away." Or maybe we're just too damned old to remember anything.