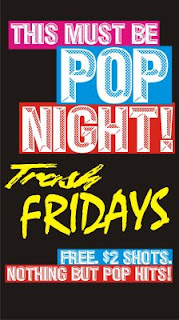 Ever heard of it? If you know Colleen Wyse and Steve Klasko you have (or if you've ever gotten wasted in a variety of bars on certain Friday nights).

Pop night Klasko/Wyse style has a style all its own.

Let me back up and tell you that Steve is the Dean/CEO of USF Health ... has a ridiculous amount of energy ... and in fact probably should put A.D.D. after his M.D. He's also a frustrated musician (has a library of 30,000 songs I think) and actually worked for a while as a DJ. Colleen has been at the administrative and sales helm of major magazines like Glamour, Vogue and recently  ... Bon Appetit.

They are truly a dynamic duo.

Not surprisingly, Colleen with her sales/fundraising background and Steve with his love for music, came up with an idea to get people together and share music, food, lots of alcohol and also stuff they would NEVER ordinarily tell ... and have fun with it.

So ... last night, five couples enjoyed an INCREDIBLE meal served by our good friend, Chef Guy. As we dined ... songs that we preselected were blasting over Steve's Apple TV while a bowl of folded notes were passed around. The notes contained information that no one knew about us ... also sent in advance to Colleen. Taking turns, we read the notes aloud and tried to guess which one of us belonged to which note. Great stuff: Female helicopter engine mechanic, intern for Maury Povich, sky jumper who landed on a highway ...

And true to form ... Klasko ... being the hyper host he is ... sat for maybe 3 seconds at a time, spinning and hopping around the room ... creating chaos and mini-marital conflicts while Colleen tried to get everything on track with limited success.

For the record ... my note had a reference to playing in a band (Steve managed to find a picture of 4 Hassidic Jews representing my "musical combo"). Debbie's note was the best of all ... You see, when she was 18, she was an usher at The Bayfront Center, a venue for the Ringling Brothers Circus each year. One season, she met Tito Gaona ... a trapeze artist. She wanted to immediately join the circus after she saw his luxurious dressing room (because Tito was the star performer he had the best digs ... a 500 square foot train car).

Debbie told the story ... "So I almost ran away with Tito ... but thought better of it."
Colleen ... "What ever happened to Tito?"
Debbie ... "Oh ... I heard he was involved for a while with a former Miss America ... do you remember Lee Meriwether?"

A scream that would break your eardrums came out of Colleen.

Colleen ... "NO!!! STEVE ... DID YOU HEAR THAT?"
Klasko sprinted to the bedroom and ran out again gripping a Miss America magazine.
Klasko ... "Oh my God. Lee Meriwether. I was in love with Lee Meriwether. She is still so hot ... She was the Cat Woman in the old Batman series ... remember that? And then I actually MET her in Vegas at the Miss America thing this year ... and told her that I loved her and used to watch her every Friday night when I was in med school ... a loser ... no life ... I watched her in Time Tunnel ... anyone remember that? (no one answered). She was impressed because no one remembered that ... I was pretty much of a nerd ... and she signed the book ... see?"
Me ... "Steve ... how old is she now?" 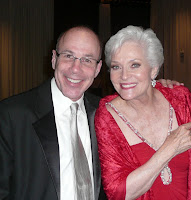 OMG, this made me laugh out loud. She does look pretty good for 75.

Debbie made a good decision.....by not running off with Tito. Another very funny post, Joel.

@ Chrissy ... I love that it made you laugh out loud. Glad you enjoyed it. Loved your country woman blog too btw.

@ Kathy ... Debbie still makes me swing on the trapeze when she gets a little nostalgic.

@Gillian ... Sometimes your mind gets stuck in the 60s I guess. I had a crush on Ann Margret. I still see her In my mind at 18 ... But then again I haven't seen her in person.