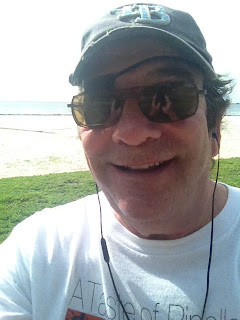 And before I got a haircut, I took a walk downtown. From my house, it's about two miles down and back. It may not sound like much, but between the haircut and the walk I felt like I finished a marathon. Dripping in sweat ... I strolled through Vinoy Park, my halfway point, and just took it all in.

Vinoy Park has so many great memories for me.

It was the home for A Taste of Pinellas for many years. I walked through Straub Park, its little brother, and remembered the Taste in its infancy more than 25 years ago. Sad to say ... but the Taste has gone recently on "hiatus" according to the news released from All Children's Hospital ... to retool and find out how to make it "work" again.

I've read the blogs and articles and comments about the Taste ... there is a lot of passion for this event and people are not ashamed to express their feelings. They feel that the Taste belongs to them. I'm happy they do because it is theirs ... it always has been.

A Taste of Pinellas had an unlikely start ... Lewis Kroll, a tireless volunteer for the hospital and owner of a restaurant supply company and Thelma Rothman, owner of Kane's Furniture and the hospital's greatest benefactor came to my office 26 years ago with a crazy idea about a food festival downtown on the scale of The Taste of Chicago.  Pinellas restaurants would serve tastes of their best dishes, not big servings, but tastes priced at 50 cents to a dollar with no admission charge!  At that time, there was not much happening in downtown St. Pete. "Sleepy" would have been a compliment.

Well ... why not? What a great gift for the community and what a great event for the hospital.

We had a telethon to publicize it as a major event the same weekend, we partnered with the Pinellas County Restaurant Association whose members agreed to give back HALF of what they made in profits to All Children's and the city allowed us access. The Taste of Pinellas was born in Straub Park. There were a dozen Pinellas restaurants (many top beach eateries) who served a taste of their best under one large tent.

There were so many people that first year under that one tent that we almost had to close as soon as it opened! 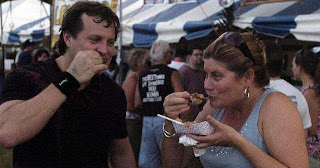 The city and the hospital had a premier event on their hands. The hospital electricians and volunteers from the community put electricity through the entire park as well as plumbing ... allowing the event to expand the length of the park and making it a great venue for the large events that followed. The crowds grew so large (merchants complained about too many people in front of their small shops ... believe that?) that the city moved the Taste into the larger Vinoy Park ... where the MORE electricity and plumbing was replicated by hospital staff and volunteers .

One day grew to three days ... there were 50 restaurants instead of 12 ... music became a major factor and soon the event was being touted nationally. For many years it was listed as one of the Top 25 Events in the Southeast US by the US Travel Agents Association.

The Taste helped to spur downtown redevelopment ... bringing hundreds of thousands downtown, raising millions for the hospital and giving a great gift to the community.

I haven't "Chaired" the Taste since I left All Children's four years ago and I don't know what the future will hold ... but I salute the hundreds of volunteers that made it happen every year ... The incredible volunteers ... restaurant workers and hospital staff ... that were so dedicated and proud of what they created. 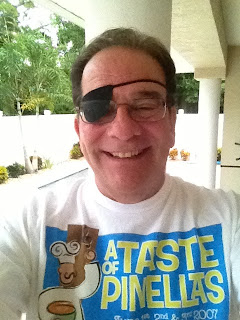