Permission to Come Aboard ... Mayor? 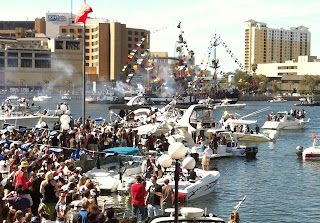 It's the Tampa celebration of the legend of Jose Gaspar and his band of pirates as they "reenact" the invasion of Tampa and get the Key to the City from the Mayor. It's also a chance for the city fathers to dress as pirates, shoot guns (not real ones ... thank God), throw beads and get drunk (we need a day for that?). And a chance for their wives to dress as female pirates (who also resemble other "working girls"), throw beads and also get drunk.
I took this shot as the Pirate Ship landed at the Convention Center.

Here are some more Gasparilla shots: 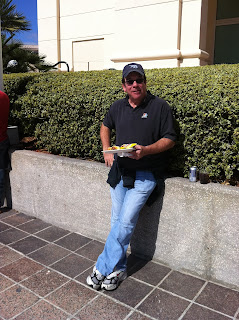 Civilian Momberg munching on a hot dog as pirates surrounded the city. 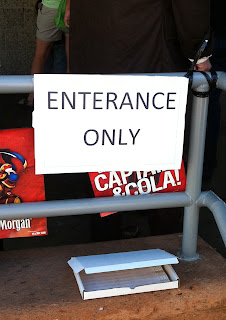 One of the many signs of the Tampa Mensa Chapter's handiwork. 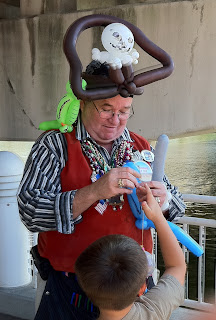 The clever balloon pirate fooling an unsuspecting captive as he fashions balloon handcuffs. 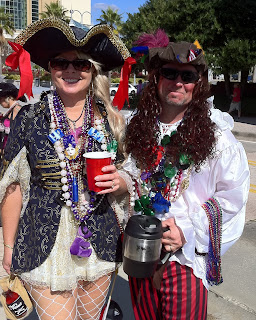 Don't know this pirate couple but suspect he is CEO of some downtown business and she runs a large advertising agency ... just a guess. They both might just be out on bail. 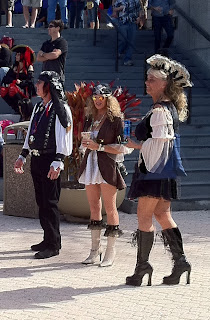 Two wenches who appear to be celebrating their 35th (or so) Gasparilla Day. 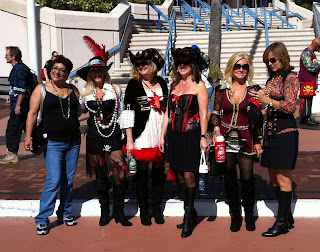 Church group out for a stroll. 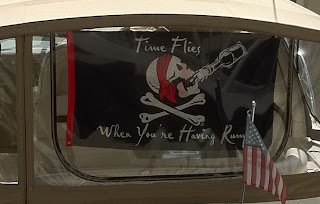 Boat flag with an important message for the assembled. 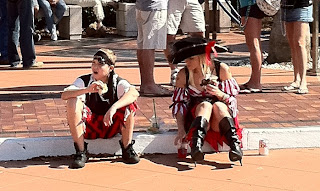