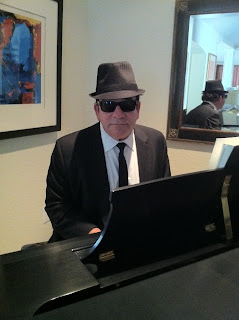 "The Blues Brothers? Never heard of them."

That's what Madeline Snyder said. She's the talented medical student who put together an amazing talent show/fundraiser last night for USF's Morsani College of Medicine. She's in her 20s ... John Belushi died 30 years. So it's understandable she didn't know about them. (My kids know all about them ... but then again ... they had a traumatic childhood listening to Dad pound out obscure songs.)

Dean Steve Klasko and I "performed" the Blues Brothers' Soul Man and I Don't Know. Apologies to Dan Ackroyd and John Belushi (who was probably rolling in his grave) for destroying whatever memories those over 40 had.

I would have shown other pictures here ... but Debbie apparently filmed the entire show without once pressing the record button. 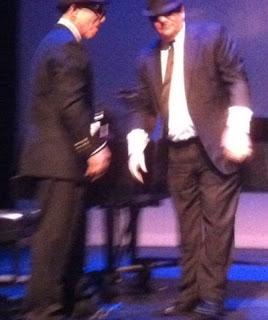 Colleen, Steve's wife, sent this shot. It was right before Steve did a cartwheel ... I think that's what you would call it. He took out the stage manager, sound system and Madelyn Snyder (all 98 pounds of her). 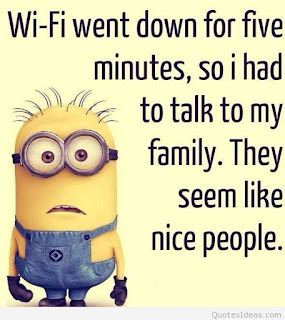