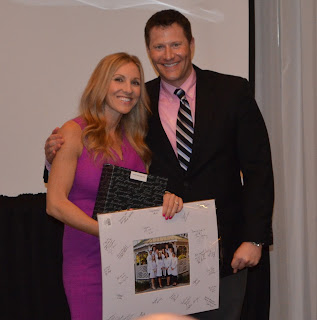 Just got back from a couple of days in Savannah.

This was a special occasion.  Daughter Nikki is officially a doctor. Actually ... she was a doctor before this but her patients kept asking when the real doctor was coming.

Now she has proof.

Her graduation from the Residency Program at Memorial Hospital was last night. It was a very nice event. Speeches from the attending docs that supervised her progress, awards for special achievements and a few good natured jokes ... well, I guess you could call them jokes. Because the doctors told them, you weren't sure where to laugh or what to laugh at ... so we took a cue from the audience. 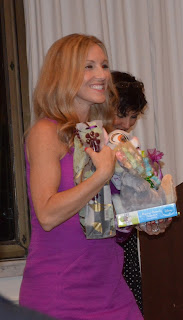 Nikki was presented with a stuffed bunny.

During her years at Memorial, she met Steven Cohen, married him a few months ago and then got pregnant right away. Her peers were impressed. They really thought Nikki would try a few times and fail ... wrong.

She is full throttle ... whether it's school, work or apparently birthing babies. 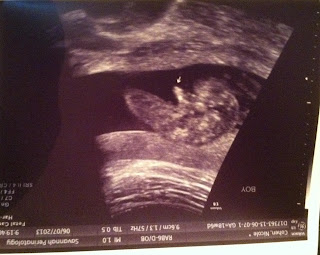 Speaking of full throttle ... take a look at my grandson at about 4 and a half months gestation. There's a little arrow pointing to what appears to be his MANHOOD.

That deserves an award.