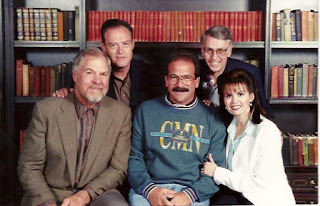 Thirty years ago, the Children Miracle Network and the All Children's Hospital Telethon were born. I helped deliver those "children". And now I feel like a proud papa watching his children mature.

Tomorrow is the 30th birthday on Channel 8.

I'll be there (at the generous invitation of the telethon staff) rocking babies in the neonatal unit with former CEO Dennis Sexton and former sports director Dick Crippen. Dennis was my first boss and Crip was one of the original anchors of the telethon. 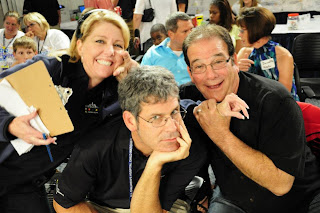 CMN was the brainchild of Joe Lake and Mick Shannon with the Osmond Foundation. I was one of a handful of children's hospital development directors who met in Chicago to form what was to become the original core of The Children's Miracle Network Telethon. The basic premise of the telethon was a national show produced by the Osmonds that promoted children's hospitals around the country sharing time with a local production complete with phone banks for community donations to the local hospital.

Channel 8 has been our partner since day one. Gayle Sierens, Bob Hite, the late Bill Ratliff and Dick Crippen broadcast stories of courage, highlighting young patients at ACH. In the early days, we were on the air for 22 hours straight, broacasting the local segments from the Festhaus at Busch Gardens and live from the hospital itself.

There were so many great stories over the last 30 years. I can't wait to reunite with the staff and see some of the kids from the past that are now young adults. 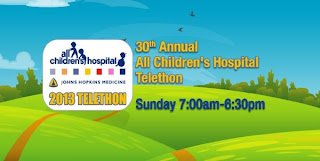 It's truly a special place with special people ... Spend time with us tomorrow and spend a little cash while you're at it. Keep it alive for another 30 years ... it's worth it.