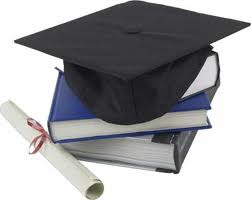 I love my job.

Especially after a night like Thursday night. It was a dinner, not unlike the hundreds of others that I attend on behalf of USF. But it was different. Thursday night we honored students who were the recipients of scholarships ... sitting across from the the donors and philanthropists that have made their dreams come true.

And what made it extra special for me was that at my table, there was a beautiful young lady who was a month away from receiving her undergraduate degree. Next to her was her proud father and across the table sat the couple who helped her with her scholarship.

Her father reached across the table to shake hands with the benevolent man who funded the scholarship and said, "Thank you so much for what you have done ... by the way ... I don't know if you remember me ... I was your mailman for 15 years."

Tears welled up between them. They exchanged pleasantries and "reconnected" during the meal.

After dinner, his daughter stood up to address the crowd as her name was called. She thanked the donors, she thanked the university and she gave a very special thank you to her dad. He raised her by himself, He worked hard to give her what he didn't have ... a college degree. She was the first in her family to do so and for that she was eternally grateful. He was so proud.

After the dinner he and she posed for pictures and shook lots of hands.

What the crowd didn't know was that when she graduates next month ... he will too. He has quietly and unselfishly worked for his own degree while working to support her efforts.

Yes, it was quite a night.

Serendipity at its finest!!!! You are beyond socially "blessed" Joel. This posting touched my heart as it is not always revealed to us why some people cross our paths.

I am off to San Francisco for a CURE Epilepsy benefit that I will attend in honor of my Andrew. I too hope to have one of those moments as I have had a strong sense of urgency to attend.
Thanks for sharing this story!
Sharon Wentz