Lunch With the Boys 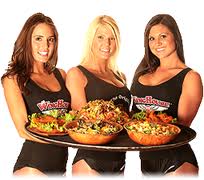 Monday is our kinda-quarterly-when-the-mood-hits-ya lunch with the boys at Wing House. We've been doing it for years ... sometimes the group is big and sometimes not. The guys include four attorneys: Tom, Doug, Bob and Phil ... two judges: Mark and Jack ... a bank president: Ward ... two developers: Ken and Dewey ... a financial planner: Cooper ... and two who defy description: Ray (a fence company owner) and me.

Tom started the group. Restaurant locations have changed over the years (although Wing House has been a consistent player because of the quality of the .... um ... food ... yeah ... the food.) One of us gets stuck with the check.

So here's how it works:

1. Tom sends out an email that reads:

"Gentlemen, it's been too long since we got together for lunch. Let's do it on April 18th at the WH. Let everyone know if you plan to attend." 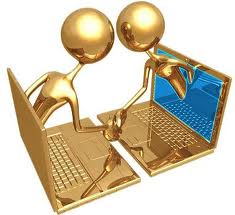 2. The email trail (from these "community leaders") begins:

Ken ... "When I cry I cry like I'm in the fencing business during the recession, not like a little girl. It doesn't matter tough ... I'm feeling VERY lucky."

Ray ... "Do you two need a little pillow talk time and want to smoke a cigarette??"

Tom ..." We may want to throw a bucket of cold water on the New Orleans boys before lunch."

Ward ... "There is a reason they are called Gayjuns."

it just gets worse from there.

3. We meet at Wing House, talk about the old days ... tell the same lies we did 20 years ago ... and continue where we left off on the email trail ... challenging each other about our manhood and making fun of our respective professions.

4. After lunch, Tom tears up a napkin and put the words "You're f***ed" on one of the pieces. We draw and the lucky guy who picks the written words gets the check.

It happens the same way every lunch. There's something very comforting in that. 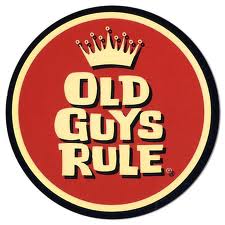 Well ... there WAS the time that we all got together before lunch (without Ray) and decided to write "You're f***ed" on all the slips of paper. When we went around the table ... everyone said they picked a blank as Ray, the last one to pick ... shook his head.