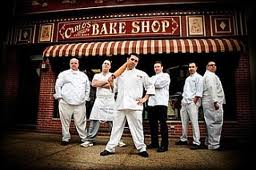 I "discovered" another show yesterday. (Translation: I saw a show that the rest of America discovered years ago ... and yes ... I am a slow learner).
It's called CAKE BOSS ... a food show.
No ... that's not a fair description ... it's so much more. It's like Goodfellas meet Jersey Shore while creating baked goods.
Buddy Valastro, the owner of Carlo’s Bakery is the star. “Cake Boss,” which debuted in 2009 (it is now seen in 160 countries), is a reality show that follows most days in the life of Mr. Valastro, a talented baker, as he decorates 50 wedding cakes in a week (black stencils on white fondant, try that at home) or takes on challenges like replicating the Tuscan villa where Rachael Ray spent her honeymoon — in cake. He constructed a confectionary Sesame Street for the show's 40th anniversary, with all the characters sculptured out of modeling chocolate, and reproduced the Leaning Tower of Pisa as a 4 ½-foot-tall wedding cake. 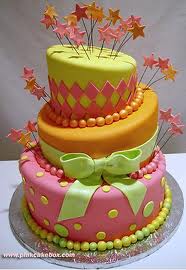 Buddy (Bartolo) Valastro is a fourth-generation baker whose father was born on Lipari, an island near Sicily, where the family was so poor they resorted to eating other people’s garbage. They emigrated, and once Buddy Sr. was in his 20s he started working at Carlo’s, which he bought in 1963. By the time Buddy Jr. was 11, he was working there on weekends. When he made the football team, his father forbade him from joining because games were played on the weekends. His son did not resent this; the two were unusually close.

Buddy Sr. died of cancer at 54. Buddy Jr., who was 17, dropped out of vocational high school to take over the bakery.
Along with Mr. Valastro, the consistent draw is his crew. This, as he says at the top of each show, consists of “mia famiglia.” Think the Loud family, only louder: His four older sisters, who run the bakery counter when they’re not screaming at him or at one another (two of their husbands are among the bakers); his mother, who likes to scold her 34-year-old son for his penchant for practical jokes (“You may be the cake boss, but I’m the real boss!”); his three adorable children under the age of 7; and his remarkably good-natured wife, Lisa, who gave birth to their fourth child on Valentine’s Day. Actual footage of Carlo Salvatore’s birth was included in a new episode, along with tears, congratulations, back slapping and 3-year-old Marco trilling, “Is it out?” 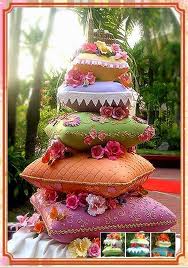 You gotta watch it ... just to hear the dialogue:
"Frankie ... we got no sugar. No FRIGGAN sugar. How do you peoples expect us to finish these cakes. I can't think of everything!" 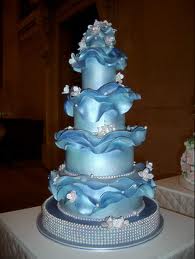 The cakes are unbelievable ... 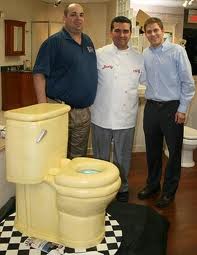 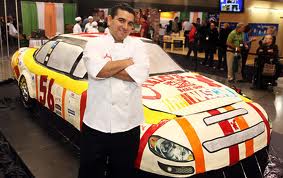 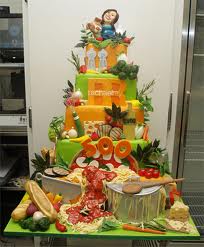 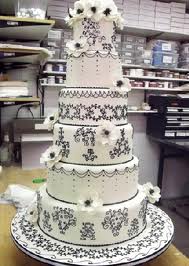 Yeah his stuff is "ow-a-some!"

I love that show! His sisters make me cringe a little because when they all get together, this country girl can't understand a word coming out of anybody's mouth! But the cakes...oh, the cakes...yummmmm!

Ralph "Ralphie Boy" Attanasia III how old is he ? when was he born ?