Do Over: Growing Up (Quickly) In New Orleans

It's the end of the week. Time for reflection and time for rest.
I'm recycling some of my favorites ... and hope they will become yours. 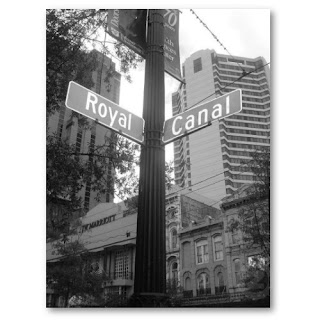 New Orleans is an interesting place to spend one's childhood ... especially during the 50's and the 60's. The neighborhoods were melting pots of color, dialects and humidity. The drinking age was 18 ... which translated to "if you can reach the bar you'll get served a drink". In our neighborhood that meant the Raven (I'll save Raven stories for another time).


We lived in a lot of neighborhoods. In the early years, we lived in the Uptown area (General Pershing St., Octavia St., Belfast St., Jena St. ... for those who know the area). Dad worked for a furniture store in the French Quarter (Holtzman's ... not around anymore) as a salesman and bill collector. In those days, he used to go door to door to collect from customers. I remember as a little boy tagging along when he'd ring doorbells. We didn't have much more money than the customers that were late with their bills. In fact, I think there were a few times that bill collectors came to our door too. (Maybe that's why we moved around alot.)

My favorite neighborhood was Belfast St. I remember the Quinlans, Roger and Tommy ... Tommy had a double "ah hernya" operation one summer that he was proud of. The Fishman's across the street ... I was over at his house alot. Nobody visited me ... they were all afraid of my mother. Down the street were the Gumas. Paul Guma was a musician and arranger for Pete Fountain and I was friends with his daughter, Crystal. A few blocks away were "the projects" and living in one of the shotgun houses on the periphery was Alan Toussaint. For those that are not aware, Toussaint is one of the premiere musicians/songwriters in the world and was just inducted into the Rock and Roll Hall of Fame. My Uncle Smitty introduced me to him when I was about 7 years old. Uncle Smitty was Irvin Smith who owned Smith Records on St. Charles Ave. and Instant Records (a small recording studio that had artists like Irma Thomas and Benny Spellman).

I used to visit Alan Toussaint from time to time and he was kind enough to listen to my feeble attempts at songwriting at that age. He always had a couple of singers hanging out on his porch doing a cappella harmonies that ... to this day ... I can still hear.

We had an old upright piano in the basement of the house on General Pershing Street. The former owner of the house must have left it there. I stuck thumbtacks on the exposed hammers and got that honky tonk bluesy sound that Toussaint had when I'd listen to him play. The piano was probably way out of tune ... but I wailed out tunes and thought I was the best piano player that ever lived. Allan Toussaint taught me some great riffs and ... as I stumbled through them ... he used to say how great I sounded.

What a wonderful liar and a brilliant musician he was.
at June 20, 2010

Joel its me ANO(Naz) i figured out that u didnt know it was me , brilliant ! before i get cosmic with u , u know deep , i just want to let u know ur in my prayers,and the power of prayer is great ! I LIKE IT,I LIKE IT, I LIKE IT LIKE THAT ! Maria used to dance 4 me when that song came on ! ha ha ! we will be down in july ,stay strong ,i'm with u.

@Naz .... Didn't know it was you! Thanks for all the prayers. I'm really doing great and look forward to seeing u and Maria next month.

I love your NO stories, it sure was a fun place to grow up.