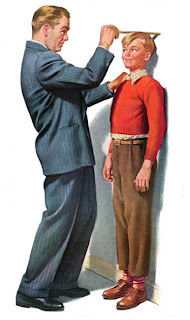 When you're a child, you think about life (when you DO think) in very simple stages: diapers, toilet training, teenage years, getting a job, marriage, being a mommy or daddy and death. Seems like it takes forever to reach the pinnacle of  life ... reaching teenage years ... and old age starts at thirty. When you are well past your thirties (OLD), life stages become more health related (and cyclical): vision problems, multiple trips to the bathroom, forgetting words and thoughts in mid- (Hmmm what was that word?) ... eventually, diapers.

My life is complicated enough so just handling the "life after first" stage was enough of a challenge for me. I could share some VERY interesting stories from that stage in my life but I'm really afraid that I would be forced into a "life AFTER second marriage" stage quickly if I gave too much information.

So instead ... I'll share a story that will focus more on state of mind (cloudy and rudderless) and less on state of play during those single years ...

After one of those particularly confusing, "intoxicatingly" long nights that happen (sometimes) during a "dating" cycle, I was scheduled to drive down to Ft. Myers to visit one of our telethon station partners. Steph Hall (Telethon Queen) was my driving companion that day. "Do It All" Hall (as she modestly referred to herself on the job in those days) had worked for me for years as a secretary, assistant and ultimately ... the director of the ACH Telethon. I remember when I hired her from Channel 8, she was the first person I thought of for the job (other than a girl named Chris and about 10 other people). By the way ... she truly has done and is doing a tremedous job.

So Steph and I started our journey early in the morning. It didn't take long for her to notice that my eyes were red, swollen and half shut ... so she "tactfully" asked, "Had a rough one last night, huh?"
"I don't want to talk about it."
"Was it that girl who sent you muffins?"
Unfortunately (for me) Steph had a memory like an elephant and I "shared" too much.
"I don't want to talk ...." 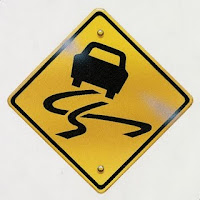 Suddenly, the car in front of me blew a tire and pieces of rubber were hurled at my car. One of them hit the bumper so hard that my eyes finally fully opened. I pulled off the side of the road and looked at the bumper. It was hanging to one side and dented in the middle.

Miraculously, we reached the TV station with the bumper still attached. The TV station marketing manager came out to meet us and of course was forced to hear my monologue again ... "Hey Mitch does this look okay? ... It doesn't does it? ... Should I go to a gas station? ... It's not okay is it?"

He shut me up, went inside, came back out with a role of electrical tape and covered my bumper with it until it held tight enough to make it back home.