I read this today. It's an excerpt from the British Medical Journal's Christmas issue ... Oddball Scientific Research for 2010: 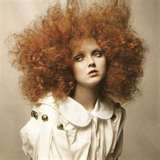 So That's Why They're Redheads

Patients with red hair are believed to bleed more during surgery, feel pain more strongly, and develop more hernias, according to Jonathan D. Barry of Morriston Hospital in Swansea, Wales, and colleagues.

They conducted a Google-based literature search for well-conducted studies confirming these beliefs, largely coming up empty. What they did find was that "many anecdotes have been recounted about the clinical behavior of people with red hair."

But they did identify two systematic studies suggesting that redheads need more anesthesia during surgery.

Anybody who has shopped at Ikea, the Swedish furniture and housewares megastore chain, is familiar with its three-inch pencils for making onsite shopping lists. In some segments of Britain's National Health Service, they are apparently also surgical instruments.

"As popular as these pencils are, we were still a little surprised to be handed one halfway through a surgical case," wrote two NHS physicians, Karen Eley and Stephen Watt-Smith, though they noted that pencils have been used previously to mark osteotomy cuts in facial surgery.

Available by the pocketful in Ikea stores, Eley and Watt-Smith indicated, one visit can yield a supply lasting for months -- "important in the current financial climate."

The chief problem with Ikea pencils is that they don't survive autoclaving very well, the physicians added, causing splits and extrusion of the graphite rod.

"We have solved this problem by wrapping silicon cuffs around the pencil," Eley and Watt-Smith wrote. "Maybe we could suggest this to the designers at Ikea?"

Researchers in Switzerland at long last confronted a burning issue in that country -- whether water, tea, wine, or schnapps might delay digestion of cheese fondue and thereby suppress the appetite.

The Swiss researchers conducted a real trial, with 20 participants and a randomized, crossover design.

Happily for the fermented and distilled spirits industries, they found that the two alcoholic beverages cut the rate of gastric emptying relative to black tea or plain water by about two-thirds.

However, self-reported appetite was reduced only when participants drank both wine and schnapps. 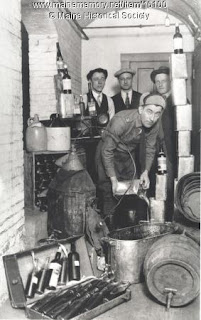 Alcohol Must Be Drunk to Get Drunk

Science has smashed another urban legend, thanks to intrepid Danish researchers who immersed their feet in vodka.

According to Peter Lommer Kristensen of Hillerod Hospital in Denmark and colleagues, some Danes believe it's possible to obtain the psychotropic effects of ethanol ingestion without drinking the stuff, but rather by soaking one's feet in it.

Kristensen and two fellow physicians bravely underwent a 24-hour ethanol washout period and then placed their feet in a large bowl filled with 75-proof Slovakian vodka for three hours.

Ethanol in venous blood samples remained undetectable throughout the study. Self-assessed drunkenness did increase modestly over the first 60 to 90 minutes, at least suggesting a basis for the urban legend. But the lack of a control group precluded firm conclusions.

That's the conclusion of a 20-member international research team, including art historians and perfumers, who examined a mummified head reputedly belonging to France's first Bourbon ruler, assassinated in 1610.

His remains had been placed in the St. Denis cathedral near Paris, a traditional resting place for French monarchs. They were all dug up during the Revolution and Reign of Terror, with many lost entirely. A head supposed to have been Henry's ended up in a series of private collections, but its true identity was uncertain.

The researchers matched markings and lesions on the mummified head to contemporary drawings and descriptions of the real Henry. They also determined that it had been severed from the rest of the corpse long after death in a manner consistent with the 1793 desecration of the royal tombs.

Beauty Sleep is No Myth

The BMJ also included in the Christmas issue one study without humorous intent -- conducted at the prestigious Karolinska Institute in Stockholm, with external grant funding, addressing the relationship between sleep duration and physical attractiveness.

The finding emerged from a study of 31 young people randomly assigned to normal or deprived sleep, then photographed. The pictures were then rated on the appearance of health, attractiveness, and "restedness" by 65 blinded, untrained evaluators.