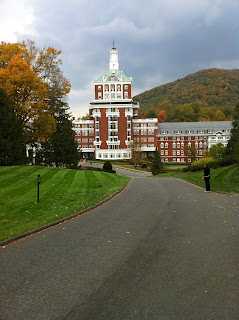 The Homestead is a beautiful thing.

The one in Hot Springs, Virginia ... just a tobacco spit away from West Virginia is the one I mean. Truly magnificent, it is the place we stayed last week before traveling to Morgantown for the USF/West Virginia game ... truly NOT magnificent (if you're a Bulls fan).

The Homestead is a sprawling resort that was built in 1750 ... just before I was born ... and has been visited by many presidents. George Washington apparently visited when he was 22 and was one of the many who enjoyed the mineral springs that this area is famous for. Unfortunately, George also brushed his teeth in the springs which later contributed to the reasons that he eventually wore his famous wooden false teeth. 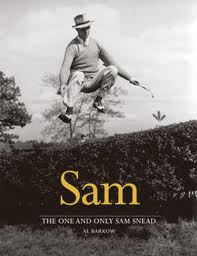 Sam Snead was probably one of the most famous residents of the area. There are three championship golf courses that challenge even the best golfers. Sam designed them on rolling hills with treacherous traps. Another interesting thing that Sam developed on these courses is that you could only complete the course if you periodically jumped in the air while singing the Star Spangled Banner. 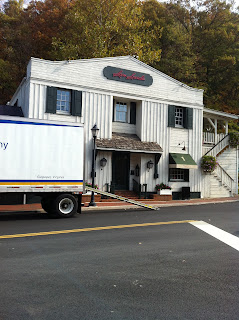 Sam's name is on everything in town. He's got a restaurant, a street, a few houses that he lived in and at least three different grave sites where he was buried. 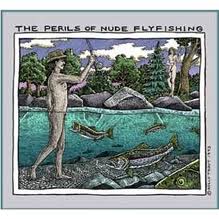 There was one activity that was offered at the resort. If you look at the website (I kid you not!) it says ADULT trout fly fishing. Now, I missed this opportunity but I wondered during the whole trip if that meant that you fish for adult trout, or if the trout was just catch able by adults ... or if there was some kinda R Rated activity associated with fly fishing at the Homestead. 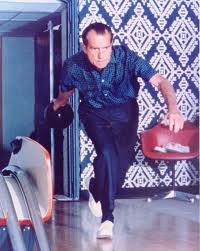 There was a bowling alley on property. Debbie and I bowled a game and hit 128 ... okay bad enough that the score was low ... that was our combined score. The lane had antiquated equipment and manual scoring ... so I'm sure that contributed to our failure as bowlers. Nixon didn't have that problem when he bowled here (on the same lanes I'm sure). 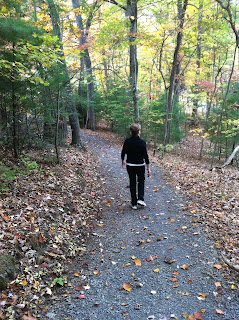 There are hundreds of miles of trails as well. We picked a beautiful day to hit the south trail ... until the thunder rumbled and we scooted back to the hotel. If anyone wants to hire us as rainmakers ... we work cheap. Just tell us to try an outdoor activity and I will guarantee the sky will open. 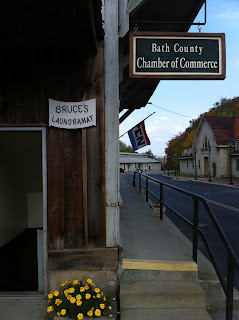 The town is pretty small. There are about three buildings (in addition to the Sam Snead residences). Bruce (sorry ... don't know his last name) is the mayor, the justice of the peace, the town sheriff and he owns the only Laundromat (he spells it with an a) in town. For convenience, he built it next to the Chamber of Commerce. 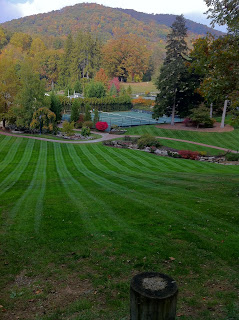 Seriously, it is truly a beautiful place to visit ... 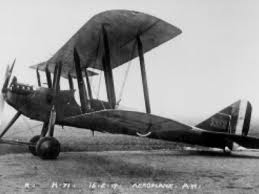 ... except for that tiny runway.

@Gillian ... That is was. You would have loved it.

@Toni ... Great place. You and hubby will love it.