Yogi Berra has nothin' on Sam. 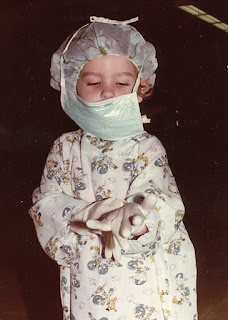 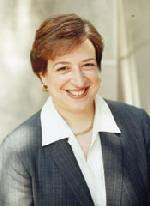 Thanks Virginia. Yes Debbie is a saint.

This is every conversation with my parents.

I play bridge with a precious guy who just turned ninety and went to Warren Easton. I asked him if he knew Sam and he said the name is very familiar, very familiar. He is adorable and still has his NO accent even though he left shortly after his WE days. So, tell Sam, Bill Scapero says hi.

@Chrissy ... I thought we might have been separated at birth.

@kc ... I'll tell Sammy about him. Thanks. Hey we must have gone to school together or at least been in New Orleans at the same time. If you feel like sharing ... Tell me your name.

I was the little nebish in the children's dept.

@kcl ... shoes? with Miss Nancy? We were all nebbishes. What's your name?

Kay, worked with Bev Lazarus in children's clothes. Started in gift wrap with Ms Ruby.
Graduated from Dominican in '68.

@Kay ... I must be getting old ... Oh wait ... I am old. I don't remember the Childrens clothing area ... at GM? If you want to ... Leave me info on my Facebook page and we'll talk about old times. Thanks for reading my stuff and your great comments. Joel

You are definitley not old because that would make me old and that's not happening. Children's was that large space between Men's Dept and Ladies Shoes. I worked mostly upstairs and did all the marking and inventory for Children's ('65-'69). Facebook is too much of a challenge for me. (I couldn't even figure out how to do a picture that's why there are two of me, figured 30 yr old pic X 2) Love your blog, it makes me homesick in a good way and always makes me laugh.

Thanks Kay ... Any time you want to talk ... Leave me an email address.