Do Over: The Family Jewels Part 1 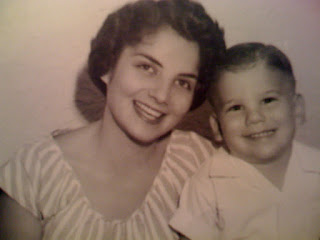 While I was at LSU, my family moved to a new house. They forgot to tell me.


You probably think this is unusual. Most families communicate regularly about things like that. Not mine. Actually, I don't think my Dad knew about the house either and he was involved in the decision. I found out when I came home one weekend and met sthe new owners of our old house. THEY gave me our new address.
When I finally found our new house in Metairie, the conversation went something like this:
Me: "Mom ... why didn't you tell me we moved?"
Esther: " Sam, can you believe this? NOW he wants to communicate. Where was he when WE asked him things about HIS comings and goings?"
Me: "Mom ... I asked about our house."
Esther: "See this Sam ... see how he does this? Now it's OUR fault that he doesn't know."
Me: "It IS your fault. How else ..."
Esther: "Sam, are you going to LET him talk to us this way???"
Sam: "Wait a minute. Did we actually move?"
Esther hit him in the chest a few times and then she disappeared into her new closet where she spent the majority of her time, in those days.
Most who know my mom know that shopping was her lifelong quest. Whether or not we had any money in those days (which was usually "not") the shopping continued. The house in Metairie was about 2500 square feet. Esther's closet was 3000 square feet.
Seriously.

It had it's own air conditioning system, 6 individual clothing lanes, a complete makeup counter and 4 walls of shelving for shoes and accessories. It was a store. Everything was individually wrapped in plastic and many of the items were in pairs or triplicates (Esther was afriad that these might never again be available and she wanted to make sure she would never run out).
Sales people around the city knew her well and had her number on speed dial. She would not hesitate to order something sight unseen ... because she also had a "thing" about being confined in a store with .... other people.
Yes ... Esther was SLIGHTLY neurotic
at May 30, 2010

When my dad was at LSU, his parents moved also. Same problem. Sad that everyone in metarie knew your mom. It's not like it's a podunk town!

and don't feel bad. People die and nobody tells me - until I started making baby announcements and such and I hear "Oh, she died last month".