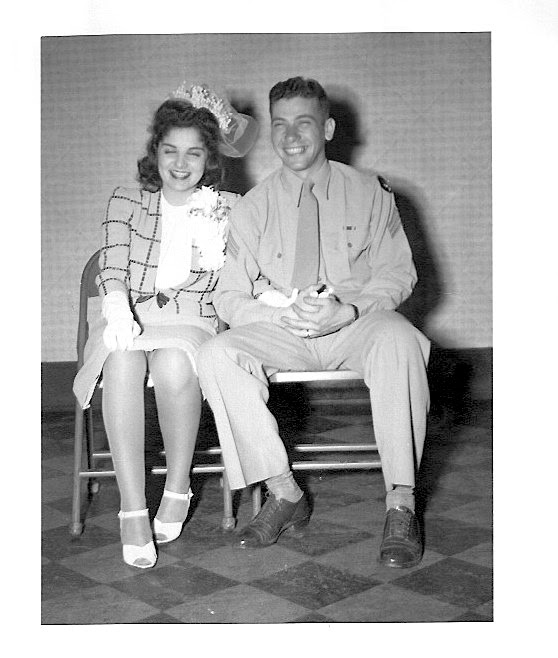 He was 93 years young ... born July 24, 1921. He had no middle name. I thought about that tonight. I don't think I ever knew anyone else that had no middle name. He used to sign paperwork, "Sam NMI Momberg". Funny what you remember at times like this.

Most of his life he was a salesman ... Furniture and Carpeting. He had a little store on Veterans Highway in New Orleans that had a sign that read: Sam Momberg Interiors. It was amazing how many people remembered that sign.

There were four of us in our family. I'm the only one left. My brother Wayne died 20 years ago from a brain tumor and Mom died just five years ago. Joel, Esther, Wayne and Sam. Yes, we spelled JEWS. Not intentional (I don't think) ... just ironic.

Sam has been great blog material. Whenever he opened his mouth ... jewels just fell to the floor. I thought I'd retell one of my favorites from 2012:

Sammy broke his hip this morning.

"The TV screen was lit up when I woke up at three in the morning," Sammy told me. "I went over to get the clicker (which was next to the TV set). I turned it off and I ... fell right on my ass."

I looked at Sammy as he lay in his ER bed, telling me the story. He looked so frail, so vulnerable, so scared ... I was really hit with the fact that he was 90 years old and won't have him around forever.

Just then a nurse came in and opened the computer terminal by his bed. "Sam ... I have some questions for you. First ... where do you live?"

There was nervous laughter from the nurse. I shook my head. As usual ... Sammy told a joke that he had totally screwed up and had no idea what the punchline really was. He had a big smile on his face.

The nurse tried to continue the questions for the chart. "Do you have any family history of medical problems ... like heart, stomache, etc.?"

Sammy looked at her confused.

"Sam," She continued. "Did your parents have any medical problems?"

"Yeah. Are you doing my surgery?"

"Do you have a certificate?"

It was a long day. The surgeon was operating all day and couldn't fit him in the schedule. Sammy was restless. He thought we would go out for sandwiches after he had surgery. I told him to be prepared for a long stay.

He frowned. Then when the ER nurse came in again he said ... "Excuse me honey. I'll take a room now."

Sam usually feels no pain ... literally ... no pain. He is amazing. He was in discomfort but really didn't complain much. The nurses were in shock.

They gave him pain meds anyway.

He was a happy boy. Not a drinker, I have never seen Sammy high or drunk. He was singing, yelling, kissing Debbie, kissing me ... He asked the same questions over and over. "How am I doing? Did I have surgery? Why are you here?"

He is resting comfortably now. Surgery is tomorrow and we will try to keep it light and upbeat. With Sammy, you never know who he will insult, kiss or ignore. 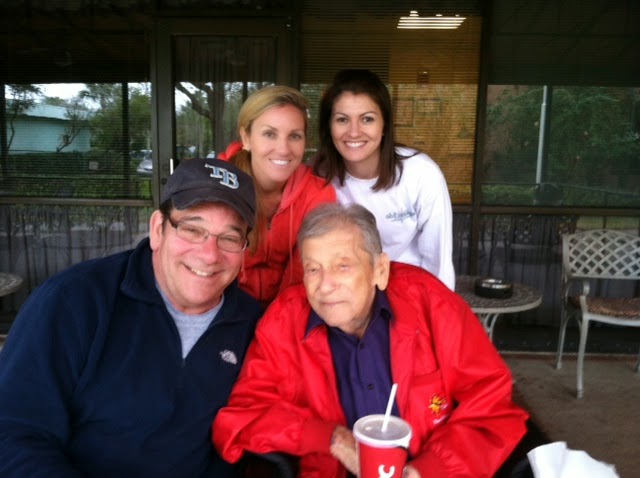 One thing I will guarantee ... he will make a new friend.

He was truly a gem...loved him lots and so happy he enjoyed one last great moment smiling the night away at Alissa's wedding in October...

Oh and one more Sammy gem...remember how he suffered his first heart attack hmmm...well maybe that is best left unsaid...

I did not stop in and see him on my last visit to FLA, wish I had. He was such a treat to know. Always had some cookies to share and a joke. I am so sorry for your loss. He was very dear to me.

Always loved the pictures you took of him Beth.

Joel: I loved your Sammy stories over the years. I always knew where you got your sense of humor and timing. Thank you for sharing. If you haven't already, get the book "Have a Little Faith" by Mitch Albom where he writes about his relationship with his rabbi from his youth. A lot of wisdom there. Much like your father's. Celebrate his life and your family.
Ken Banks

Joel: I loved your Sammy stories over the years. I always knew where you got your sense of humor and timing. Thank you for sharing. If you haven't already, get the book "Have a Little Faith" by Mitch Albom where he writes about his relationship with his rabbi from his youth. A lot of wisdom there. Much like your father's. Celebrate his life and your family.
Ken Banks