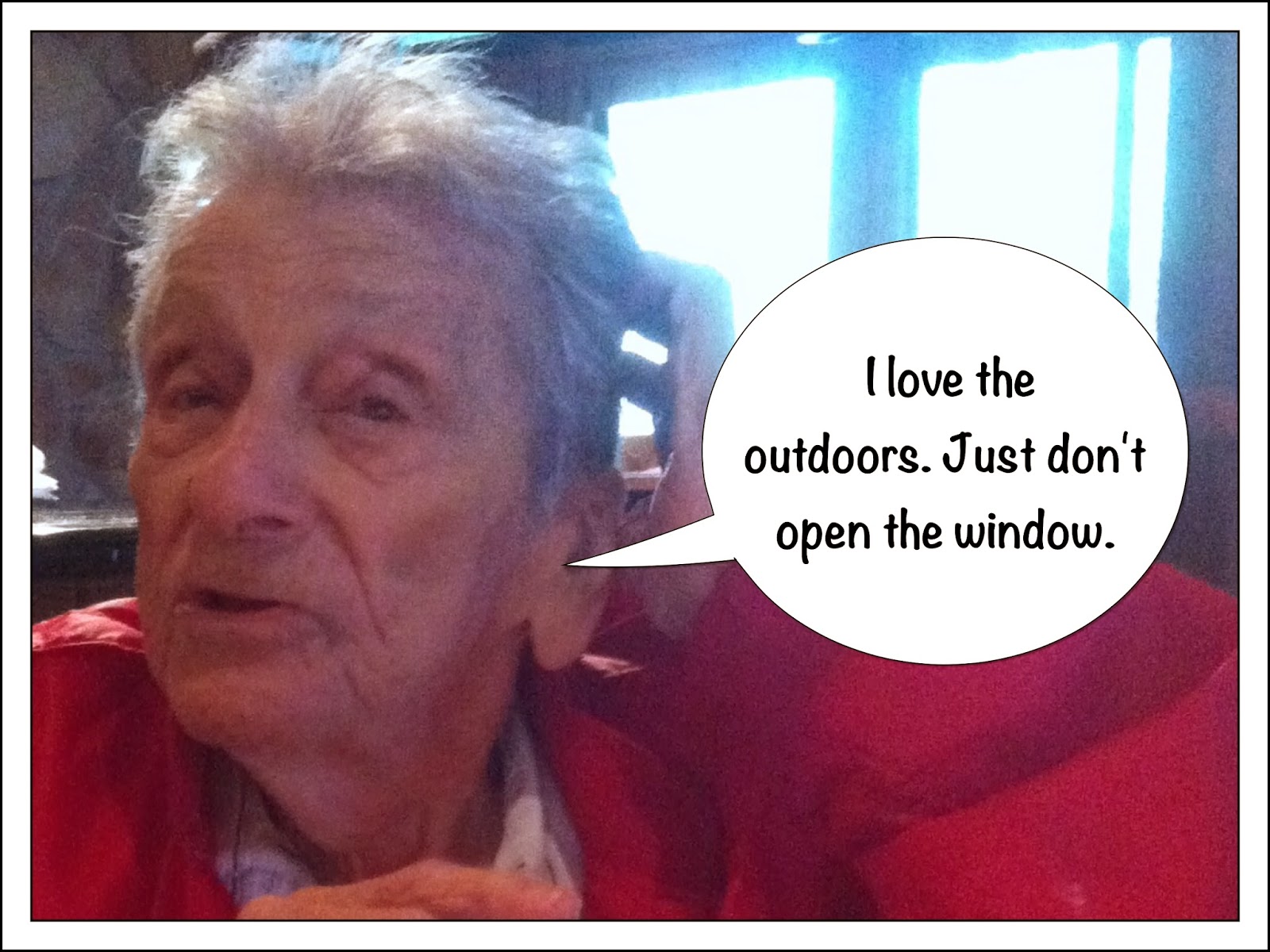 But I guess if you live to 93, unless you are a convicted felon, you are allowed to be cranky, critical and demanding and not only will you be forgiven ... women will actually think you are adorable.

Today, I picked up Sammy to take him on a drive. He wanted to go to the beach.

When you pack up a 93 year old, it's kind of like packing up an infant. The biggest difference is that his stroller is a 100 pound wheelchair and his diapers are a little bigger. Throw in a box of kleenex, a few towels, and protective plastic covers for the front seat and you are ready to roll.

"You know ... I love the outdoors, the fresh air is great." Sam said as we drove away.

I opened the windows. "Does that feel good?"

I closed the windows.

"What did you do that for?"

"You said you were cold."

"Whatever Joel." He scowled as he looks out the window.

"The beach is right up there. You want to sit in the park across from the water?"

"Well, it's not what I think ... what do you want to do? I thought you wanted to sit outdoors."

So ... I pulled into the parking lot, unloaded the wheelchair and opened it up. I adjusted the seat and the towel that covered up something that I couldn't describe but knew that the towel was a necessity.
I rolled it to Sammy's door, locked the wheels and unbuckled his seatbelt. It was the exact process that I did in reverse when I put him IN the car.

"Where are we going?"

"Over there (pointing to the bench). Where you wanted to go."

He closed the door on me.

Hmmm. I loaded everything up and started the car.

"Is it made with ice cream?"

"There's a Mc Donald's right up here. How about I get you a milk shake from there?"

"Are they as good as Sonic?"

"I would think they were pretty much the same. Hard to screw up a milk shake."

We pulled into the drive thru and I approached the speaker ...

He looked down in his lap.

The woman on the loud speaker said, "Can I take your order."

I talked to the woman. "Small chocolate milk shake."

"Dad," I said. "There isn't any ice cream in the other drink. Is that what you want? I think they have Strawberry? or Orange?"

The woman answered. "We ain't got chocolate freezes."

The woman on the speaker ... "You want vanilla and chocolate milkshake?"

I was pretty close to shoving him out of the car and driving over him at this point.

Sam said as we drove to the second window, "Think this is as good as Sonic?"

He ate three bites and put it down for the rest of the trip. I pulled out the wheelchair ... etc. and rolled him up to his room.

It's just like having a child again. Just when you think you're gonna kill therm and you can't take it any more, they tell you something nice. 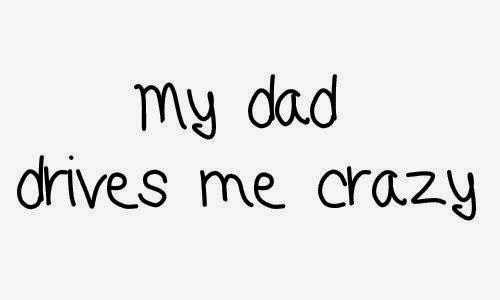 The big difference is that they are MUCH CUTER!