Last night, Debbie and I had a discussion about calling each other when we are running late. Ever had one of those?

By the way, Deb has really been great about taking care of me while I've been laid up with a busted knee (among my other medical problems). She's been running late for a variety of reasons which I totally understand. However, I took the opportunity to ask her something she asks me all the time ... "Why didn't you call if you knew that you were running late?" To which she said ... "I lost track of time."

Ah hah! I said (to myself) ... "That usually doesn't work for me when I say that." But I knew it was better to keep that to myself ... or my other knee would be crushed too.

It started me thinking about those wonderful differences in marriages between men and women that make life interesting. I categorized three areas that we tend to "discuss". There are so many more but in the interest of time here are my three: 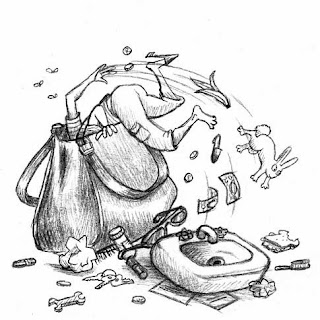 Cash. Women never carry it. You would think in those suitcase sized bags that are called purses there would be plenty of room. But ... other than a random change purse ... there isn't any. The last few weeks, Debbie has taken me to a few doctor's appointments and has used the valet service at TGH. I offer to pay the $5 ... but Debbie says, "No ... I've got it right here ... go wait in the lobby." I watch as she goes through the thousands of compartments and individual purses in the mother ship as the valet wearily holds her door open. Eventually, she asks me for a $5 bill.

Time.  I know "time" is a relative thing that apparently has multiple meanings depending on the situation. For instance, when we have to go to an event that requires "time" to get ready, a shower and a shave are the necessities for me and a spa treatment usually works for Debbie. I give Debbie credit. She plans for the spa treatment and allows about an hour and a half. (She is still somehow short of time no matter how much she prepares). 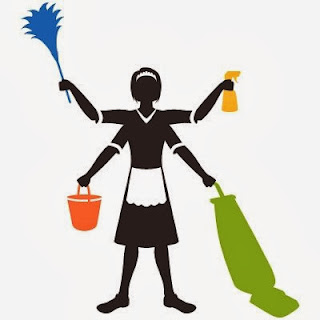 Favors. (As in "Would you do me a favor ...") Typically, this sentence ends with something that one or the other party is unhappy about. For Debbie it's usually ... close the door to the bathroom when you finish ... or ... use a kleenex ... or ... pick up your crap. Hers all relate to cleanliness. Debbie is the cleanest woman I have ever met. If she had super powers she would be GERM-FREE WOMAN... wearing special protective super costumes with those cool rubber gloves and zapping me clean day and night.  By the way, my "favors" end with ... can we get rid of the "soft" water equipment in the bathroom (nobody likes the feel of soap on their bodies all day long) ... or ... can we hang that stupid 2 ton mirror that leans behind the table with the big balls?