RNC We Will Miss You 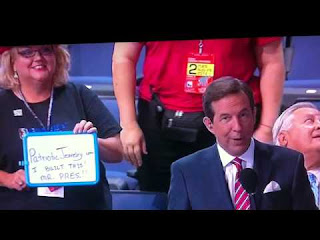 In case you have been in a coma the last few weeks ... you might not have heard that Tampa hosted the Republican National Convention. As you may or may not know, this blog is not political. I really try to steer clear of partisan, non- partisan, bi-partisan, multi-partisan, three way, trans- partisan ... oh heck ... any partisan.

But I couldn't pass up some of the sights around Tampa during the Convention ... some you may have seen or heard about and some maybe not. 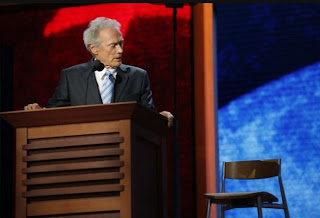 Everyone saw and heard Clint talk to the chair.

I thought he did a great job of winning that debate. His opponent had very little to say. 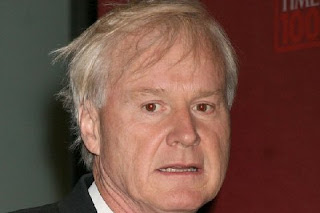 Celebrities love to copy each other.

Apparently, some of the diners at a local restaurant in Tampa didn't like him or his hair ... so Chris called them all "douche bags"(true story). 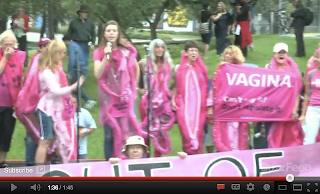 A fan favorite was the group of women who protested women's rights wearing "lady parts" as an unnamed source in my office called them.

This same source told me they when walked down her street, one of the lady parts fell and couldn't get up. 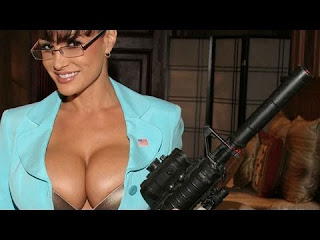 The local business community really got on board.

One establishment even hired Sarah Palin to grace their stage ... wait a minute ... that's not Sarah Palin ... she would never be seen with a gun in public. 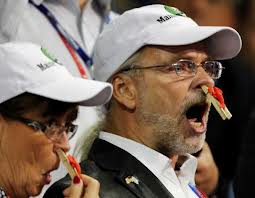 Maine delegates that voted for Ron Paul were snubbed and sent to the rafters. They were not happy ... is that a clothespin with a lobster on it? 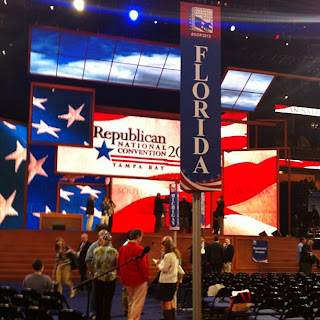 Florida delegates missed some of the opening session when their bus driver got lost, went around the block a few times and finally called 1800 Ask Gary for directions.
at September 01, 2012