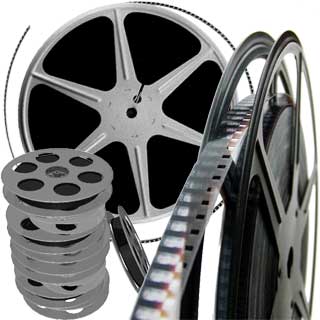 More from my novel, Home Movies:

He tried to act interested in Andi’s conversation at dinner, but all he could think about was whipping out the projector and putting the films on. She was telling him about a girlfriend who just got dumped by her boyfriend, or maybe her girlfriend, Buddy couldn't remember.

He helped clear the table as Andi washed the dishes.

“You haven’t listened to one word I’ve said, have you?” Andi put down a dish and looked in his direction.

“Sure, I did. Let’s see ... You just said that Karen was in such distress over Frank’s moodiness that she was considering a divorce but instead opted for a temporary separation followed by years of counseling leading to certain reconciliation and no doubt continued verbal abuse.”  Buddy took a deep breath.

“Yeah. I should give you some verbal abuse.”

“I love it when you talk dirty.” Buddy pulled her to him and planted a big kiss on her lips.

She smiled at him and patted his butt. “Okay. Go look at your films. I’m leaving, anyway.”

“Yes. I am going to Denise’s house ... not Karen’s ... to talk about Aldo, her son ... not Frank, her husband ... and help her find a treatment center for his psychological problems.”

“That was going to be my second guess.”

“Sure, Mr. Sensitivity.” Andi grabbed her keys and put them in her pocket. She headed for the door.

Buddy ripped through the box of films and camera parts like a man possessed. The reels were enclosed in large, rusty canisters without labels and some were just reels without the canisters. He looked at each one, studying them, trying to imagine the owner. It was a little game he played that gave him great pleasure. This owner was a pretty active shooter, he thought, based on the volume in the box. The camera parts were pretty extensive, as well. The owner was a hobbyist much like his father, he thought, there were camera parts in here that resembled some he grew up with.

He set up the screen, opened one of the canisters and looped the film through the projector. He flipped the switch and settled into his favorite movie chair as the first trail of numbers flew by.

...8..7.....5.....3.........The frame blurs as the camera swerves and finally focuses on a little girl sitting at a table , covered with a paper tablecloth and decorated with party favors. She waves and says something to the cameraman. She points to the right as the camera turns in that direction and catches another girl who has a thousand freckles and glasses with the rims winged on the side. She also waves, a little shy wave, and smiles a slight frightened smile. The camera moves again and there is another little face smiling and this one has no sign of shyness. The hands wave wildly and the mouth opens wide... 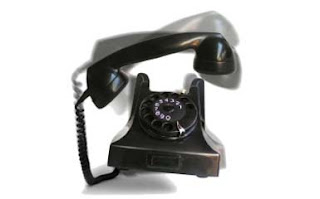 The phone rang next to Buddy on the table. He picked up the receiver, "Hello?"

“Hi, Daddy,” Christina said on the other end of the phone.

“It's your worst nightmare."

...a birthday cake held by a woman with short curly hair blurs past......

“I did honey. And I was sorry you couldn't make it today. "

...the candles leave a long trail of light...

...they all crowd in and sing happy birthday...

...the birthday girl takes a deep breath and blows out only one candle. The rest of them stand back up defiantly. Everyone laughs hysterically as she tries one more time...ring at the image on the screen.


“Just great. It handles well on the road.  I stopped in Tallahassee for the night. "


... from the right of the picture frame the short curly haired woman moves in close and hugs the birthday girl cheek to cheek. They both smile at the camera...

Buddy focused on the face and temporarily lost track of the conversation.

“Anyway, Dad, I'll probably get there in the morning. I'll come right to the house. "

He knew that face.

“I can't wait to see you either.  Dad ... There is one other thing that might catch you by surprise...I got my hair cut. It's pretty short."

... the curly haired woman motions to the camera man to give her the camera and the image in the camera blurs and swings  180 degrees...

Buddy strained to refocus on the screen as it cleared.

“Oh my God,” Buddy mumbled into the receiver.

Buddy had dropped the phone and was staring at the image on the screen. It couldn't be, he thought to himself.

No, it must just be a coincidence.