This HAS to be a better year.

So glad that 2010 is over. I'm really counting on this year being much better than last. Those of you that have followed my blog know that this was a MOST unhealthy year for yours truly. I travelled to Oz to find a brain, a heart and a bunch of courage. I found all three ... fortunately. We endured months of home repairs ... which have continued ...UNfortunately.

Then ... thinking that I had slipped right past 2010 ... I was reminded that it was not quite over. A few days ago, my mother in law found out that she had cancer. We found her a great doctor, however, and she is getting the best of care. On the way to the hospital, I was turning right in downtown Tampa when a teenaged "phone texter" plowed into my car, crushing my left rear end. Crying hysterically, I found myself comforting HER about the accident. (I cried hysterically soon after I heard the extent of the damages.)

I managed to drive the car to a body shop, got to the hospital that night and headed to Charlotte to watch USF battle Clemson the next morning. It was still 2010 (December 30th) when I arrived ... biting my nails on the plane ride over.

The celebration that night was sweet ... (if you look at the photo above, you'll notice that I was feeling no pain).  And we entered 2011 with a bang.

This morning I awoke with a smile. We headed to the airport with time to spare ... TIME TO SPARE ... never happened before. This was a good sign. (And it was also the last good sign we'd see.)

We checked our bags, headed to security ... and found out that the skycap had given us someone else's tickets. "That's okay ..." I said to myself. "Minor challenge." The skycap sprinted in our direction with our tickets. "See? It's gonna be a good year," I told myself.

No problems at the airport ... our bags got to Tampa safe and sound (whew).

Heading home, I got the bad news that my car would be in the shop for 30 days and that my rental car company was closed until Monday. "No problem," I thought, "I'll just ride it out." Pulling into the garage, the smell knocked us out. Varnish, sealer and other noxious odors filled the air.

Back into the car and to Plan A ... Bruce and Maria's condo (which they graciously offered the week before). Plan A didn't work out very well ...

1. We got lost and couldn't find the condo.
2. We found it ... but the elevator was broken.
3. Climbing three floors of stairs with luggage we finally opened the door.
4. There was no power.

5. Power restored. Turned on the heater.
6. Heater explodes and sets off the smoke detector.
7. Neighbor Dan comes over and inspects the damage at Maria's request. 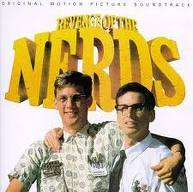 8. Thanked neighbor Dan, shut down power and left the condo.
9. Went back home ... still poisonous ... so we did just what we did for Christmas.

HOTEL ROOM. (which is where I am right now) 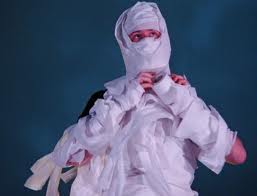 Wait a minute ... Menorah Manor called ... Sammy threw up and fell against the bathroom toilet ... BUT ... he's okay (probably damaged the toilet with his head).