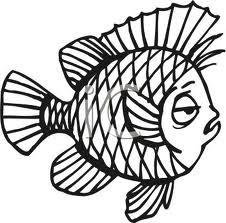 I was supposed to go fishing today at 5:30AM.

What's up with that?

I know the answer that you fishermen will give ... "Hey dummy ... Fish like to feed early in the morning. That's the best time to drop your line."  Is that true? Do fish really feed earlier in the morning?

By the way ... I had lots of time to check because I overslept. I really got up at 4 AM although my buddies will say I'm lying ... and then ... I fell back asleep until my brother in law Tom called my cell phone at 5:38 to tell me that they were shoving off and ended with a few expletives that the rest of the crew screamed in the background.

I always have problems waking up early in the morning.

I remember when we went to Alaska to fish for salmon a couple of years ago. There was no need for a clock. It was always daytime. The sun never set while we were there. Sleep? Forget it ... even when you covered the windows ... it was still hard to sleep.

After a week, I understood why beer pong was the number one sporting event in Alaska.

There were four of us on that trip: Tom, Doug (who brought all of his fly fishing gear and caught a lot of underbrush and a moose) and Ward.

We had a great time ... caught plenty of fish every day and even met a few bears along the way. Yes ... bears ...  we met in some very remote spots.

On one of our fly-outs, we were guided by boat through the flats covered with thick fog. We all wore waders over our jeans ... (waders are waterproof high boots that protect you when you step into the cold water, the mud and the slush.)

We had a very successful outing that morning and headed back to the seaplane to fly back to our camp. The seaplane was old and cramped and had no ventilation.

It was a perfect place for brother Tom to let loose one of his world famous, lethal, gaseous bombs from the very back of the plane.

There was no doubt who did it.

Tom ... of course ... looked perfectly innocent as the entire plane turned to growl at him.

Just then, the guide opened the door of the plane and stepped in. He immediately smelled the foul odor and said ... "Guys ... I forgot to mention ... the mud out here smells awful. You can tell in this plane how bad it is."

wow look at that catch!!!

@Gillian ... Just a wee little fish (as they say in your country).

"I Was Born Very Young" has been included in this weeks Sites To See. I hope you like the image I featured, and I hope this helps to attract many new visitors here.

@fishhawk .... Thanks so much for including me.