I was listening in my car to the latest blog entry from Malcolm Gladwell this morning. He does a series on Revisionist History and this one was called "The Powerball Revolution".

The premise for this segment was how we choose our leaders and how a lottery might just be as good or even a better way than a popular election.

Made me think of the time I first joined the staff of USF some eleven or so years ago. One of my fondest memories was meeting Dr. Stu Silverman, Dean of the Honors College.

When Stu found out I played the piano, he invited me to sit in with (his pride and joy), The Honors College Jazz Band: group of students from the Honors College that all played instruments in high school. None were music majors and the only prerequisite was that to play you have to bring your instrument. The band mix changed each year as the students graduated. Some years, Stu had 4 trumpet players or three clarinet players or four drummers. Didn't matter because he was happy to have all comers. One of the faculty members at the school of music served as our band leader.

Stu introduced me as "Not a REAL piano player. A member of the staff who plays piano for fun." I always thanked Stu for that kind introduction and mentioned his questionable drum skills in the process.

Actually, it was all a brilliant idea. 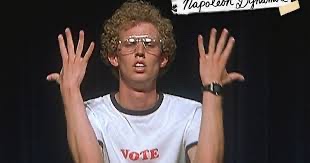 The Honors students were the best of the best. They were the smartest students at the university and represented a variety of disciplines of study. They were also typically shy, introverted and hadn't developed the social skills that some of their other contemporaries had. How could they? They were always studying. The Jazz Band became their outlet. Each year we practiced jazz pieces once a week under the tutelage of a faculty member from the College of Music and at the end of the semester ... we had a concert on the main stage of the theater.

I saw students who started out shy and tentative slowly develop into soloists that really rocked (kind of like the movie School of Rock) ... It was a wonderful experience.

So what does this have to do with Malcolm Gladwell's lottery premise?

I thought about the potential leadership that we all overlook every day. There are so many people that have so much talent and shy away from the election process because it requires a totally different skill set ... much of which is sales and "kissing babies"...  that our best and brightest would rather not even attempt. The shame is ... none of those skills deal with real leadership and management and we have so many that could provide SO much more than we have had in the past.

Lotteries aren't necessarily the answer to it all ... but worth a REAL discussion.