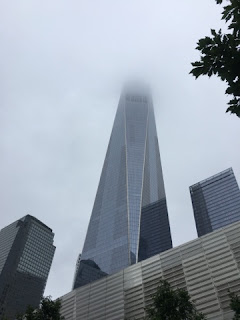 Day 2 was dreary, rainy and cold.

Actually, it was quite appropriate for our visit to Ground Zero, one of the worst tragedies to ever hit the US. The Freedom Tower majestically stood watch ... climbing straight through the clouds. 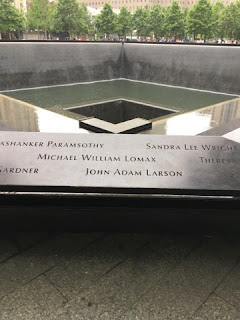 Surrounding the sight were the Reflecting Pools that were inscribed with the names of every victim who lost their lives on 911. 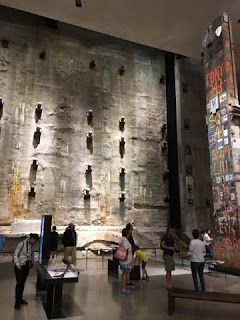 Just steps away was the 911 Museum ... built over the actual Twin Towers and exposing some of the original walls and flooring of the buildings. 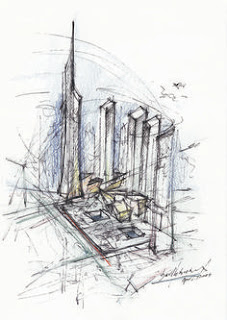 Earlier, we had visited the architect of the memorial, Daniel Libeskind who originally sketched the design of the sight on a napkin. His studio was down the block and he was such a fascinating guy to talk to. 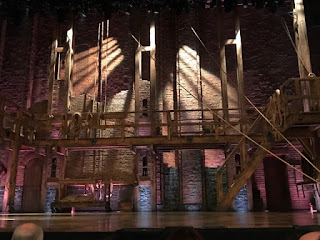 We rested for a couple of hours, got a bite to eat and walked down Broadway to see Hamilton. Looking up at the stage from the third row was surreal (knowing that I might have to get a second job to pay for the tickets). 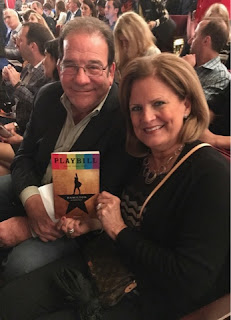 What a great play. Seriously, its not over-hyped ... it was everything that it has been built up to be. The music, the staging, the historic significance, humor, drama ... all in one great package. Note: If you are going to see it, make sure you listen to the soundtrack ahead of time. I did, thanks to that tip from Steve Greenbaum and it was incredibly helpful in understanding the lyrics. 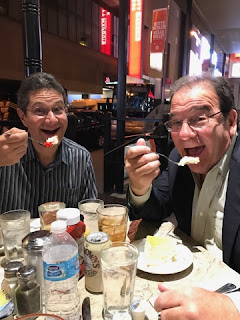 Speaking of Steve, we all headed to Juniors after the play to eat cheesecake.