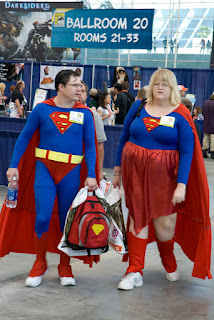 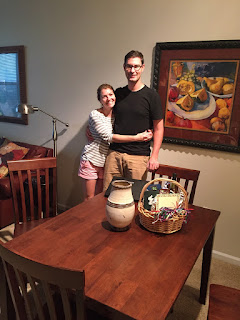 Lots of rain and lots of traffic this weekend in downtown Tampa.

The Comic-Con convention/ show/ meeting/ whatever the heck that thing is was in town at the Convention center. All kinds of costumed super heroes were there ... Ant Man, Superman, Superwoman, Batman, Garbageman, Deliveryman ... all shapes and sizes. I don't really understand why people dress up ... Just a guess: It seems to me like there are a bunch of people who want to pretend they don't work for Best Buy or Radio Shack for a day or two and spend a ridiculous amount of money playing dress up.

By the way ... right down the street, Alissa and Nate arrived in Tampa this weekend as well.

Saturday morning, they set up temporary housing in our apartment on Harbor Isle. They took the Auto Train from DC, which stopped in Orlando and drove home from there.

They decided not to visit Comic Con and instead unpacked the car and took a well deserved nap.

We helped them get settled and then went home and also settled in while the rain poured outside and watched 328 hours of "The Office". 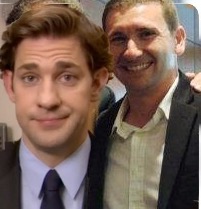 The show brought back so many memories. I was just as embarrassed for Michael today as I was when I first watched it. Dwight, Andy, Pam and of course ... Jim Halpert. He has always reminded me of my son, Josh. Even has the same expressions.

It's time for episode 56 or something. It's one of my favorites ... the one where Michael hits Meredith with his car and then does a fundraiser for Rabies when he finds out that she had it and was discovered in the hospital.