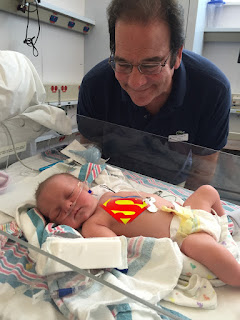 Right now, her temporary home is in an isolette in the NICU at Memorial Hospital in Savannah. It's only temporary because she is all clear. Breathing is normal and all her vitals are good. She is just kicking back here for the weekend.

She was not quite ready to make an appearance at first. Her mom was 2 cm dilated when she went to the hospital and started contractions. Grace was almost 9 pounds ... Nikki is only 5 feet tall and not even 100 pounds. 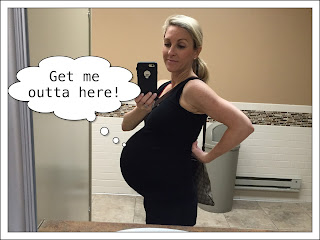 We drove to Savannah as soon as we got the call.

The trip is one that typically takes about 6 hours when the traffic is light and the weather is good. Well ... no such luck. 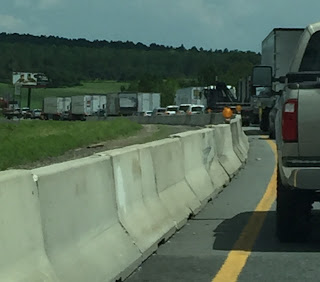 The traffic was stalled outside of Tampa. One car had crashed and stalled traffic for miles. Then the rains came.

But we got to the hospital in plenty of time to see Nikki before she was given the epidural which speeded up her delivery at 1 in the morning. 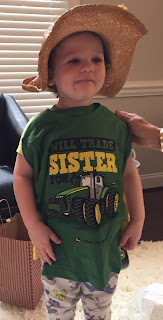 Steven had us follow him to the house where we saw baby brother Cole and gave him a special shirt we bought for him.

Cole took us on the tour of the new nursery and proceeded to steal (borrow) most of Grace's toys. He is just starting to talk now and his favorite word is PaPa (well ... maybe it's my favorite word). 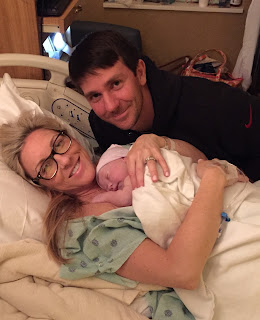 So ... baby arrived in the middle of the night, turned out she lost a pound ... and mom and dad finally got some rest as they took a few pictures with Amazing Grace right after delivery. 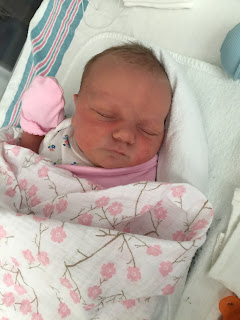 I know I'm a little prejudice here but she is the most beautiful baby I have ever seen.