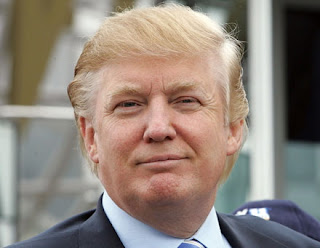 New York, July19 ---- Donald Trump made a startling announcement today. Rarely does a candidate choose a running mate so early in a campaign but Trump decided to "Trump" the others by announcing his running mate.

"I have carefully thought this out," Trump told an audience of 3000 gathered outside of the Vidal Sassoon Academy in Manhattan."And I've decided that the best candidate for the next Vice President of the United States is ... MY HAIR."

Trump went on to say that the reasons he picked his hair were because it has been with him through thick and thin, it has weathered every storm along side of him ... never changing its position (unlike Trump) and even though it has been criticized much more than anything that Trump has been connected with it has maintained a stiff resolve.

John McCain tweeted during the press conference "Looking at Trump's hair was far worse than any torture I endured as a prisoner of war #goldilocks" ... to which Trump answered with "My hair is my power, old man #samsonhead". 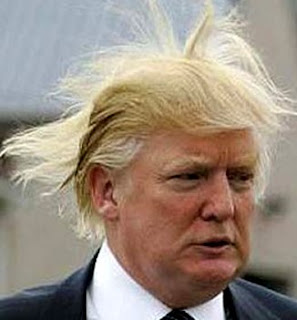 Unfortunately, during the announcement, The Donald's hair unexpectedly moved when a gust of air caught his golden locks.

Never one to let an embarrassing situation render him speechless, Mr. Trump countered, "I have just learned that my hair has changed positions and will not run on my ticket so I have decided that MY MOUTH would be a better choice."
at July 19, 2015