Three Strikes and you are ... SAFE (kinda) 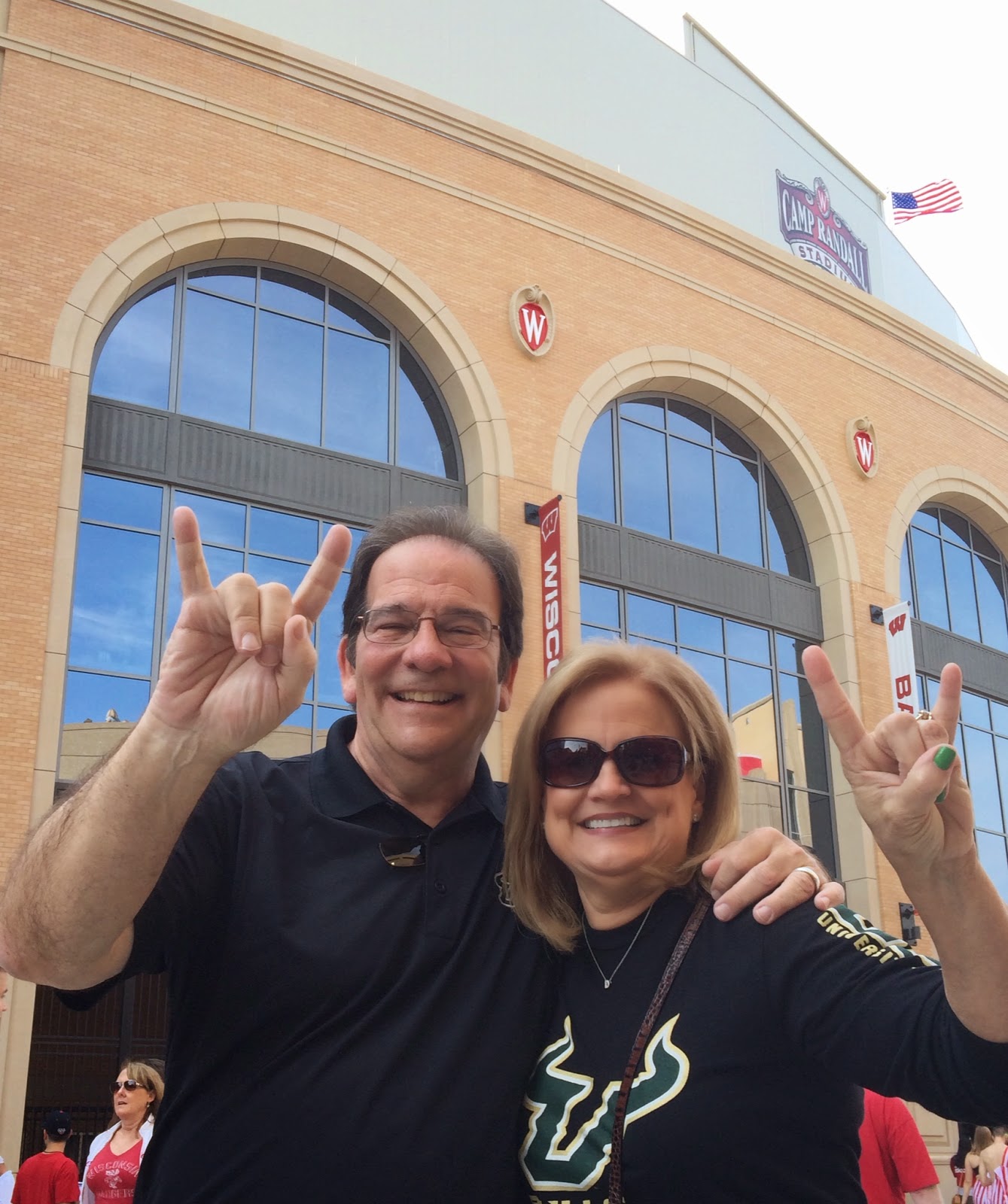 Just back from Madison, Wisconsin and a close game between USF and Wisconsin (at least in the first half before the referees took over).

We almost didn't make it to the game.

Srike one: We started out by heading to Milwaukee on Friday. Yes, that was the day that an arsonist burned down the tower at Midway in Chicago. Fortunately we were on a chartered plane and were able to take a creative air route around Green Bay and got into Milwaukee a few hours later.

After a tour of the Children's Hospital (one of the other purposes of our trip), we boarded our plane and headed to Madison for dinner.

Strike two: Because we were two hours late, we pushed back our dinner reservations. The restaurant almost didn't accept the change because they had a couple of other big parties that they had to serve and were worried that they couldn't serve us fast enough. We also found out that the entire staff that was planning our tailgate for 200 boosters and alumni were not able to make it out of the airport.

The food was served at about 10 PM and a few of our alumni and administrative staff offered to get up early in the morning to staff the tailgate.

Feeling confident we had tackled all the hard stuff on this trip, we boarded the bus in the morning, bound for the stadium.We were on bus number 4 ... the first three were filled with football players and coaches. Our bus was occupied by boosters and administrators. 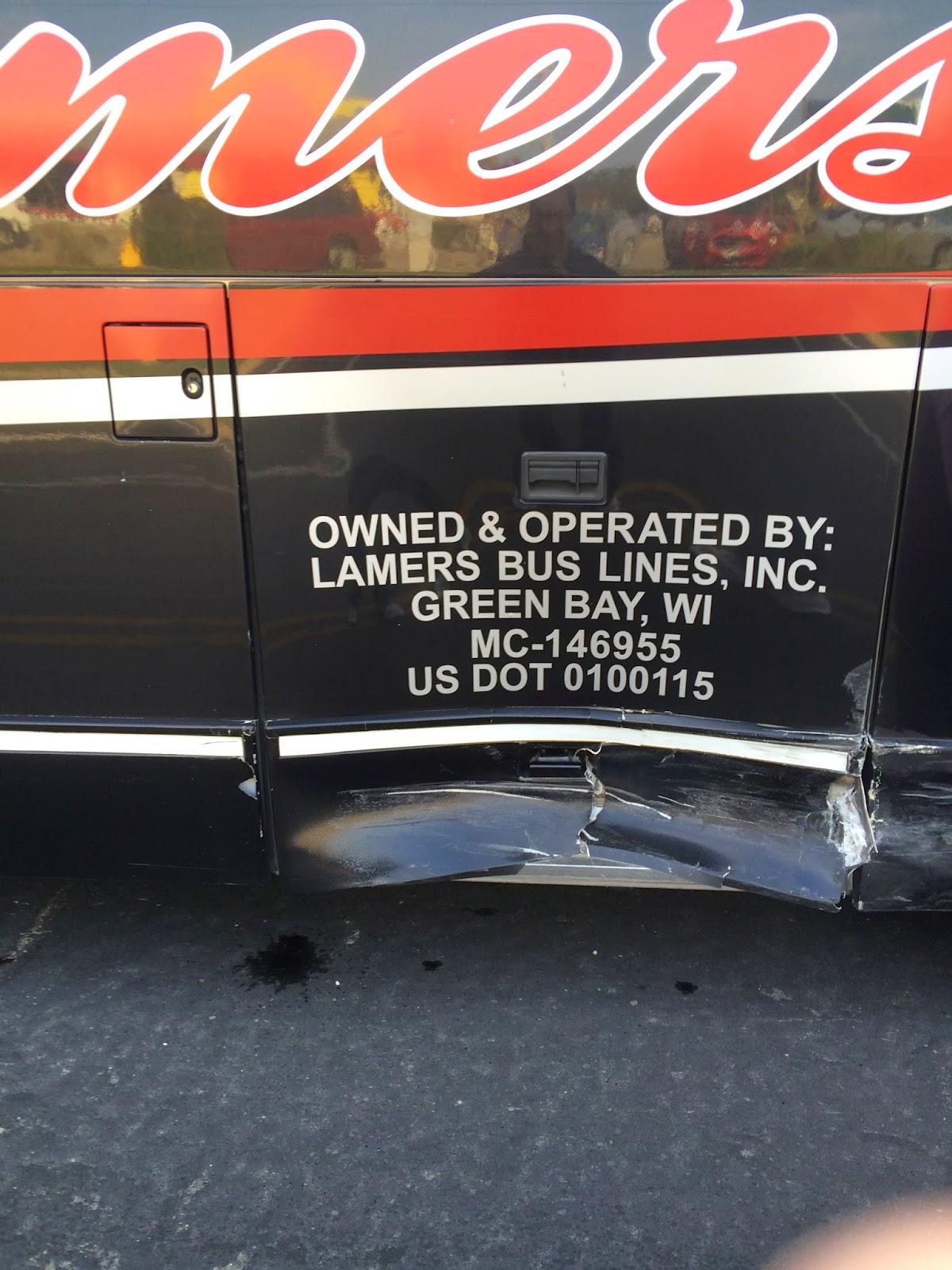 Strike three: It was like watching a movie in slow motion. A car came through the intersection slamming into the side of our bus.  It actually hit directly under Debbie's seat. (I thanked her for protecting the passengers). JUST KIDDING ... no one was hurt, including Debbie.

We all got off the bus and inspected the damage. Funny how many stories you hear when this kind of thing happens: "The driver was texting." "He crossed on a red light" "He was really a she." "He was drunk." I think when the smoke cleared ... the story was really that the driver was looking at the other busses that passed, the light turned green but we had a police escort and continued to travel. 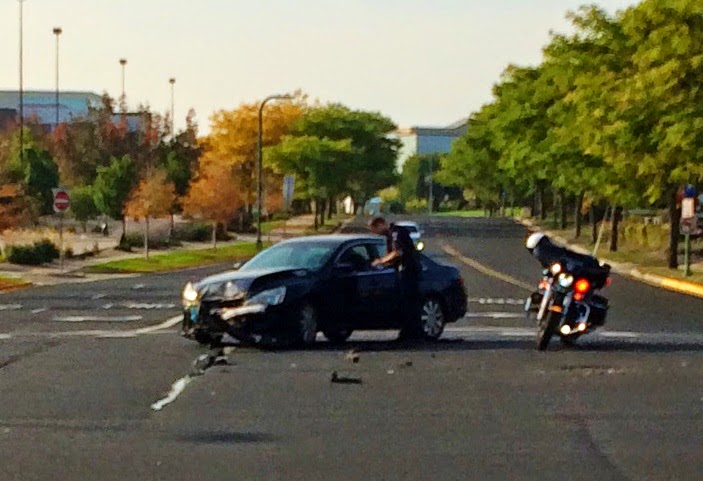 So there we were ... all wondering whether we would ever get to the game because the bus couldn't get us the rest of the way and another bus was called to pick us up.

We paced, we checked our watches and we looked down the street for any sign of our bus. Madison is like Green Bay on game day apparently ... EVERYONE is at the stadium. Except for us. 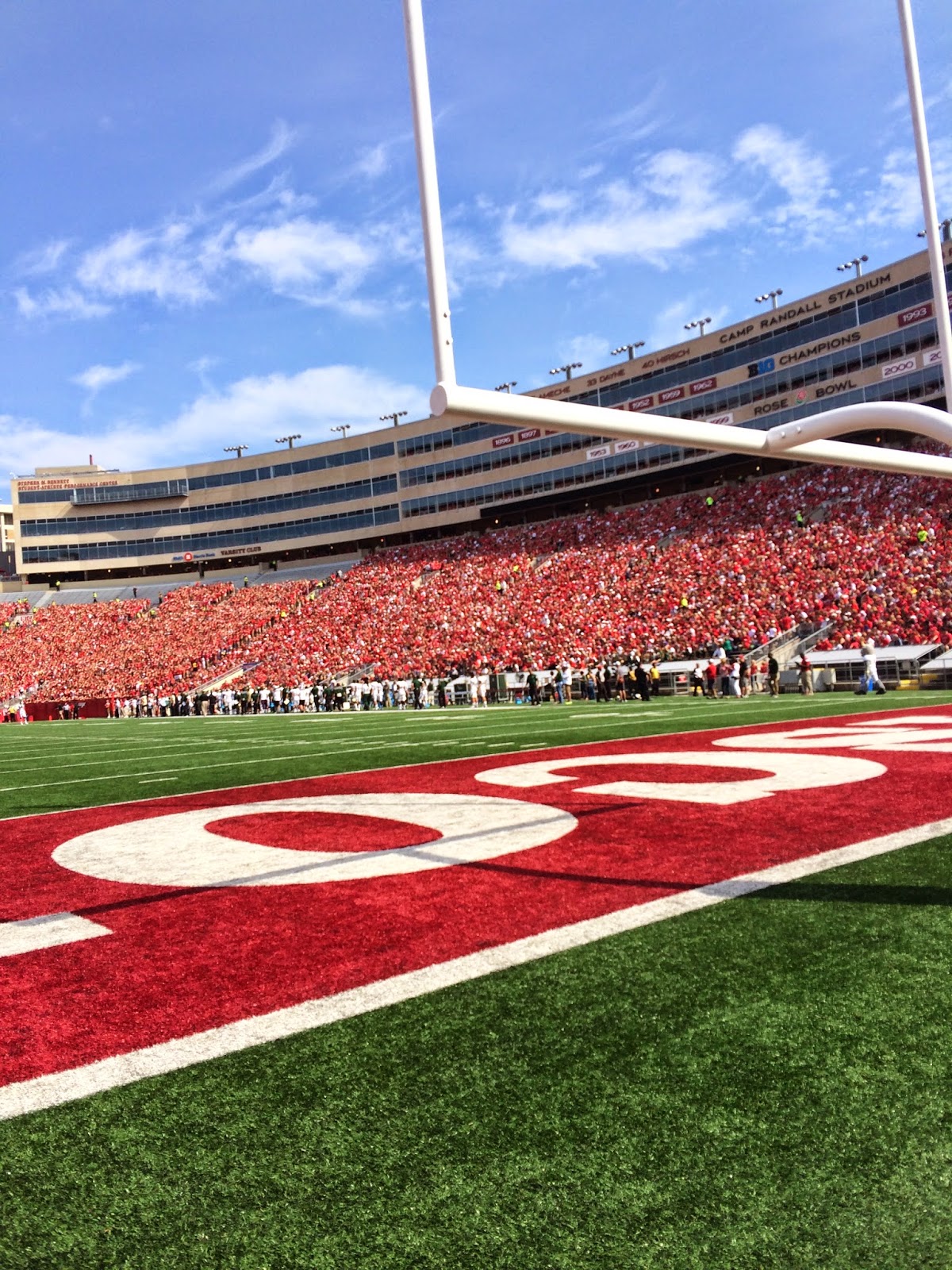 We had about 30 minutes to check into the tailgate and then kickoff.

The stadium was filled with red shirts ... 78,000 red shirts to be exact. We had about 500 green shirts scattered in there as well. Amazing, actually, if you consider how hard it was to travel to Madison. 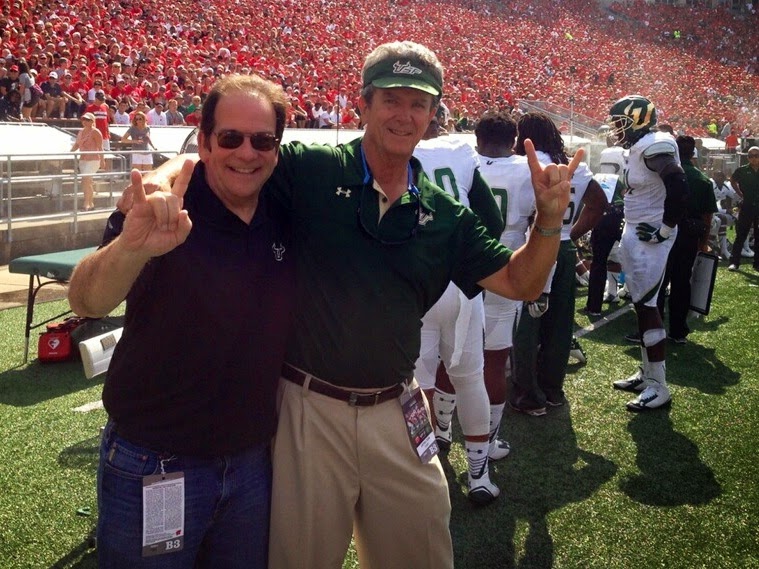 I had a great view of the crowd and stadium. Very impressive. George Morgan and I took time for a selfie on the sidelines.

We stayed the whole first half as we hung in with Wisconsin 3 - 3. I think we surprised everyone by the fact that we were able to hang with a top twenty team.

Then things fell apart again ... 11 penalties (at least half of those were bad calls ... truly) and other USF mistakes brought the final score to 27- 10.

Oh well ... we Bull Faithful will be there for the next game ... Homecoming against East Carolina weekend after next. Keep the faith!!!