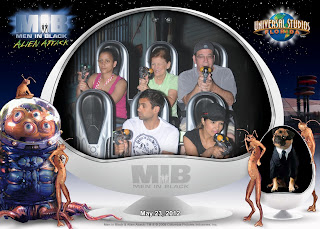 Couldn't believe it. There were no lines, the weather was hot but not miserable, the guys in tank tops and tattoos didn't beat their kids, and from what English I could understand ... no one dropped the "f" bomb with the 5 year olds around.

It was a good day. 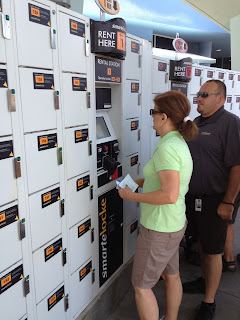 The ride only took about 20 minutes .... the trip to the locker for purses was a little longer. Debbie blamed it on the maintenance guy who told her they were having trouble with the equipment but the 300 people behind her told me a different story. 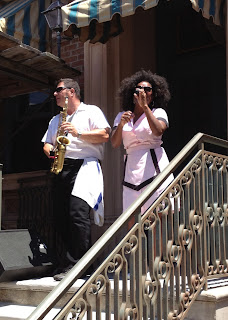 We saw the Blues Brothers and a bone rattling singer who did a mean Aretha imitation. The sax player was great too. 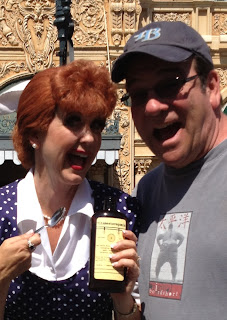 I met lots of new friends.

There was Lucy ... who shared her Vitameatavegamin. 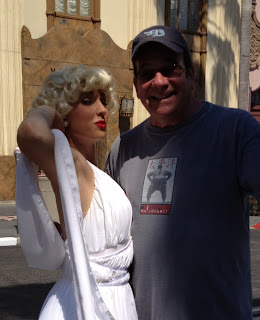 And Marilyn ... who sang Happy Birthday to me (although she called me Mr. President alot ...) 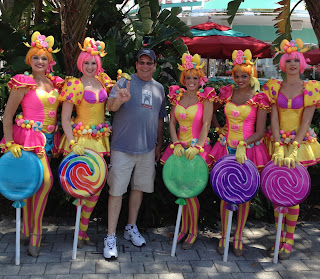 And the cast of Lollipop kids (all grown up!)

I tried to get them to lend me a pair of socks for the picture. My white legs kept over exposing the shot. 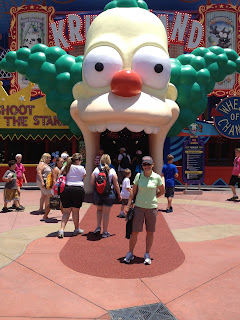 Don't feel sorry for Debbie. She found plenty of company at Krustyland.
at May 23, 2012

Yes, the Lollipop kids were alot shorter in 1939. But they look sweet!