What Do YOU feed Your Babies? 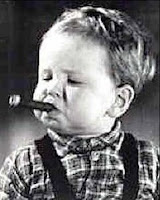