Bowling Is NOT For Sissies

Went bowling the other day.

Yes, you read that correctly. It was actually the first time that Debbie and I had a real "retiree" date in the afternoon.

We were originally headed for a movie, Motherless Brooklyn, but missed the start time. So we needed a plan for an activity until the movie started. I had the brilliant idea to try bowling (since I hadn't picked up a bowling ball since 1986).

So, we drove the car to the classy lanes close to our neighborhood ... the ones that just had the sign "BOWL" on the building. Inside, it was a different world than the bowling alleys I remember. 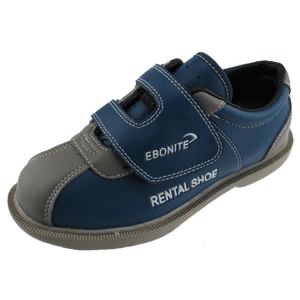 First stop was, of course, picking up rental shoes. They were black and had velcro straps. No yellow, red and green stripes with laces that were two miles long. I was stunned. They actually fit too.

The young attendant told us we were on lane ten ... easy to find since there was only one other couple bowling and they were on lane twelve. They had all the gear ... shirts, bowling bag, fancy multicolored balls ... we were in trouble. 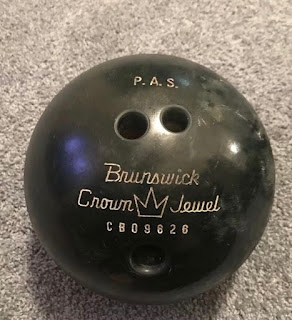 But ... undeterred we went on the search for our balls.

There were lots of bright colors like yellow and green and orange. I went right past them and found the old school ball in the corner that looked like it had been just cast aside. The Brunswick Crown Jewel. Who cared if the finger holes were off center and too small ... this was MY ball.

Debbie got a red one I think.

Lane ten didn't have any regular seats or the scoring desk that the transparent score sheets sat on with the overhead monitors that you wrote your scores on with the yellow pencils ... remember those?

None of the lanes had them. 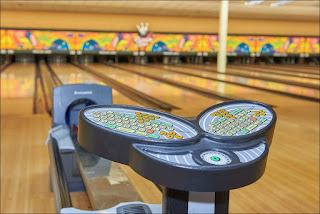 There were these little electronic pads that do it all for you. Man ... you can't play an extra frame or write obscenities on the screen or change your scores.

What are we teaching our children these days?

Speaking of obscenities, there were no shortage of them from the couple on Lane 12. Apparently Mr. Tourette was very particular about his technique and pretty vocal whenever he didn't pick up a spare. He bowled on two different lanes and pretty much knocked down his wife if she bowled too slowly.

Wait until he saw us bowl.

I couldn't figure out the buttons on the crazy pads so we just bowled as Player 1 and Player 2. It really didn't matter because we were equal in every aspect: bad footwork, inability to hit the pins and looking like we were going through drug withdrawal as we released the balls. Mr. and Mrs. Tourette were not impressed. Even though they were a couple of alleys down, they waited their turns until we finished ours. I guess our bad form affected theirs and they apparently needed another reason to curse.  Okay, maybe my constant falling into their lane didn't help.

We finished out of the running for top scores of the year. We DID both break 100 though. (and most of the bones in our bodies).