Sunshine Boys ... Sammy Is Smiling Up There 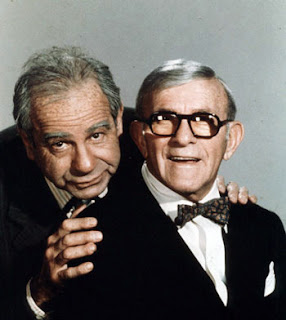 Oddly enough I think it was the news about Debbie Reynolds and Carrie Fisher that had me missing my Dad who passed away last year. Walter Matthau is about as close to being with Sammy as you can get. Sammy IS Willie Clark ... half of the vaudeville pair of Lewis and Clark, with George Burns as his partner.

If you've never seen it ... put it on your to do list for 2017. Even though the movie was produced over 40 years ago, the writing and the delivery is as fresh and funny as it was back then.

Clark's nephew Ben is also his manager. In one scene, he visits his uncle with an offer to appear with Lewis in an ABC special but Clark refuses to ever speak to him again.

Ben grabs his chest and says, "I get chest pains every Wednesday when I come to visit."

Willie says, "So visit me on Tuesday."

In another scene, Willie (who has a constant battle with his nurse) asks her, "How old is a woman like you?"

"My husband passed a few years ago." 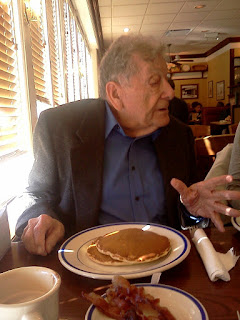 Everything about this movie reminds me of Sammy. The only difference is that Sammy was real (so were MY chest pains on Wednesdays).

I'll get serious here for a minute.

This is a message to all of the children who still have their parents. Sure they can be a pain in the ass, yes they are embarrassing in public and I'm sure they often say things that hurt your feelings.

They forgave you just about every day when you were growing up. If you were lucky they were always there when you flushed your mom's ring down the toilet, when you threw up all over them after you had your first beer, or when you called them horrible names when they put you on restriction.

I read where Carrie Fisher was so angry with Debbie Reynolds that she didn't see her for ten years. Must have broken her heart.

Call your parents and visit them from time to time. Nothing is forever.