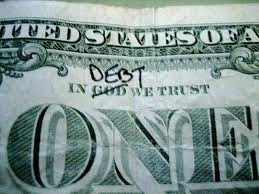 So, about this debt ceiling issue ...

You know ... the $14.29 trillion ceiling that we've exceeded. The one that congress is "negotiating" with the President on the "terms" of how to raise it higher.

Naturally, you ask Visa to raise your limits.

We are very familiar with it in my household. My wife thinks that I singlehandedly caused the national debt. SHE is the practical one ... paying cash for everything ... getting all the home renovations done when we can actually pay for them. I ... on the other hand ... spend what we don't have on gambling, cars and liquor.

Okay ... I exaggerated ... I don't really buy a lot of cars. I'm really trying to slow down. I even started playing Zenga Poker at home. It's an app on my iphone ... it costs about $3 to buy about $2,000,000 in chips. I've met some great people on line. There's Ipin, Kikilala, Tiong, Zanger and Gus. I have no idea which countries they are from and they all converse in different languages. Gus too ... I think he's from Jersey.

Speaking of different countries ... you know we're the laughing stock of the rest of the world.

Many countries DON'T HAVE debt ceilings. We have raised ours 100 times in the last few decades. Ours is viewed as political theatrics. Everyone else in the world continues to borrow money and accumulate debt beyond what they can afford. 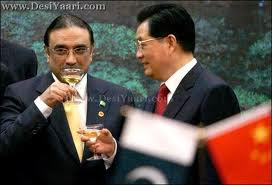