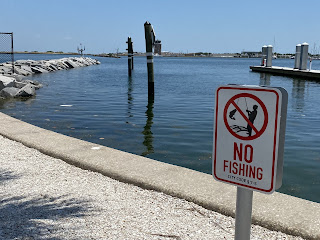 "So guess what?" I asked Deb about a month ago ... after planning a trip to New Orleans as our first big outing. "I bought us NBA tickets to the Philly/New Orleans game on Friday."

"On the Philly side of the stadium? That's okay."

"No. IN PHILLY. I screwed up and brought tickets for a game that is in Philly, not New Orleans." 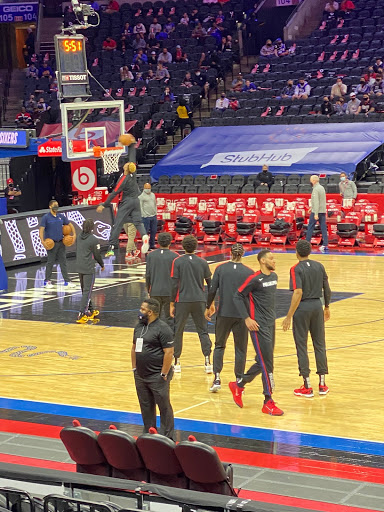 I'll start with Philly. It was the last stop ... but the craziest. We did it in one day. Rushing to the airport at the last minute as is the case with most of our planning, finding our seats on Frontier Airlines (truly no frills, no food, no leg room and seats that were carved out of a forest somewhere) we got there an hour before game time.

Wells Fargo Arena is in the Navy Yard section of Philly amid the other sports complexes (Baseball and Football) and a short walk from the Marriott Courtside. We hadn't eaten anything all day so we were starving by the time we got to the stadium. As luck would have it, Deb found a salad place and I bought a chicken sandwich that I managed to take one bite of and had to throw the rest out. It was bad ... I mean really bad. Soft served ice cream was my dinner that night. 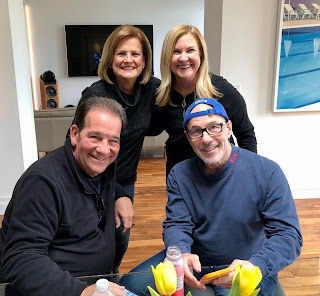 The game turned out to be pretty great (for us). Philly blew a 16 point lead and fought back in the last few minutes to barely beat the Pelicans. We spent the night in our little Marriott bed and visited old friends, Steve and Colleen Klasko, the next day ... hustling back to St. Pete in the afternoon. 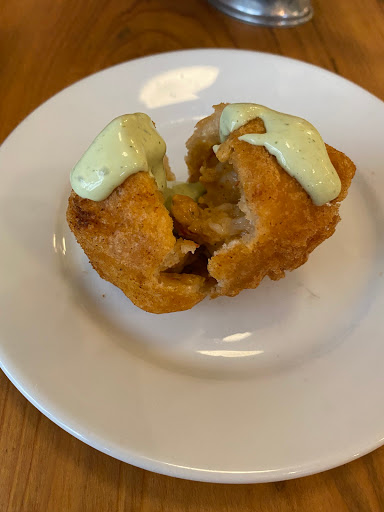 By the way, we ate our way through New Orleans, days earlier.
There were the crawfish beignets at Grand Isle Restaurant, shrimp and corn risotto and flourless volcano dessert at Superior Seafood and a big old shrimp po boy at ACME Oysters. 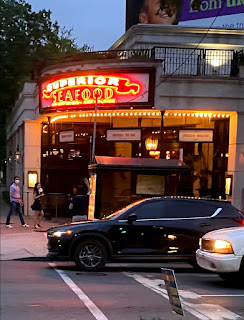 Sometimes the trips that seem to have gone awry turn out to be some of the best trips ever.