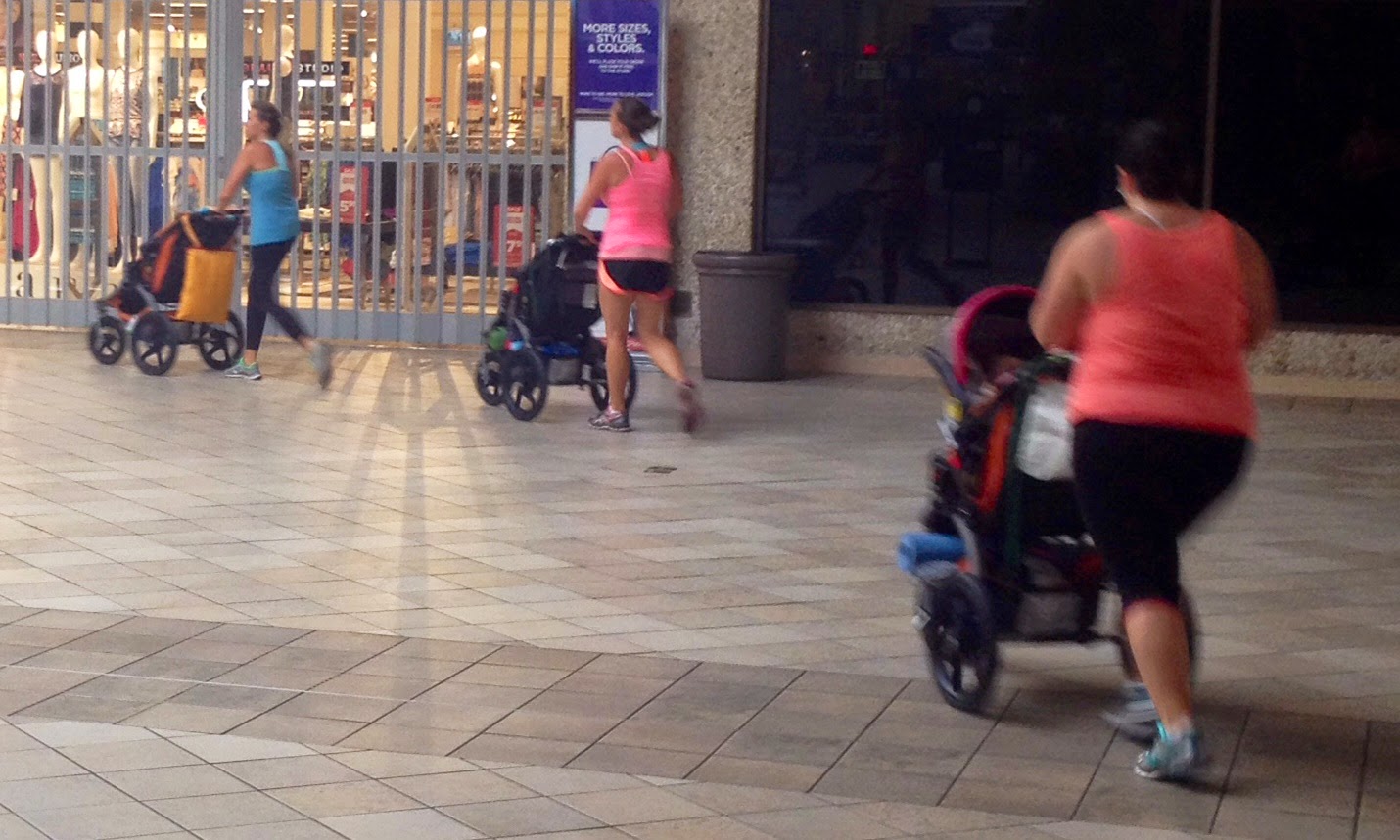 Each morning, I now do a few laps around the mall before the stores open with some of my new friends. Most are around 80 but there are some younger.

The stroller moms have an interesting routine. It's kinda like shake (aerobics) rattle (oh ... that's the babies) and of course roll (through the mall). 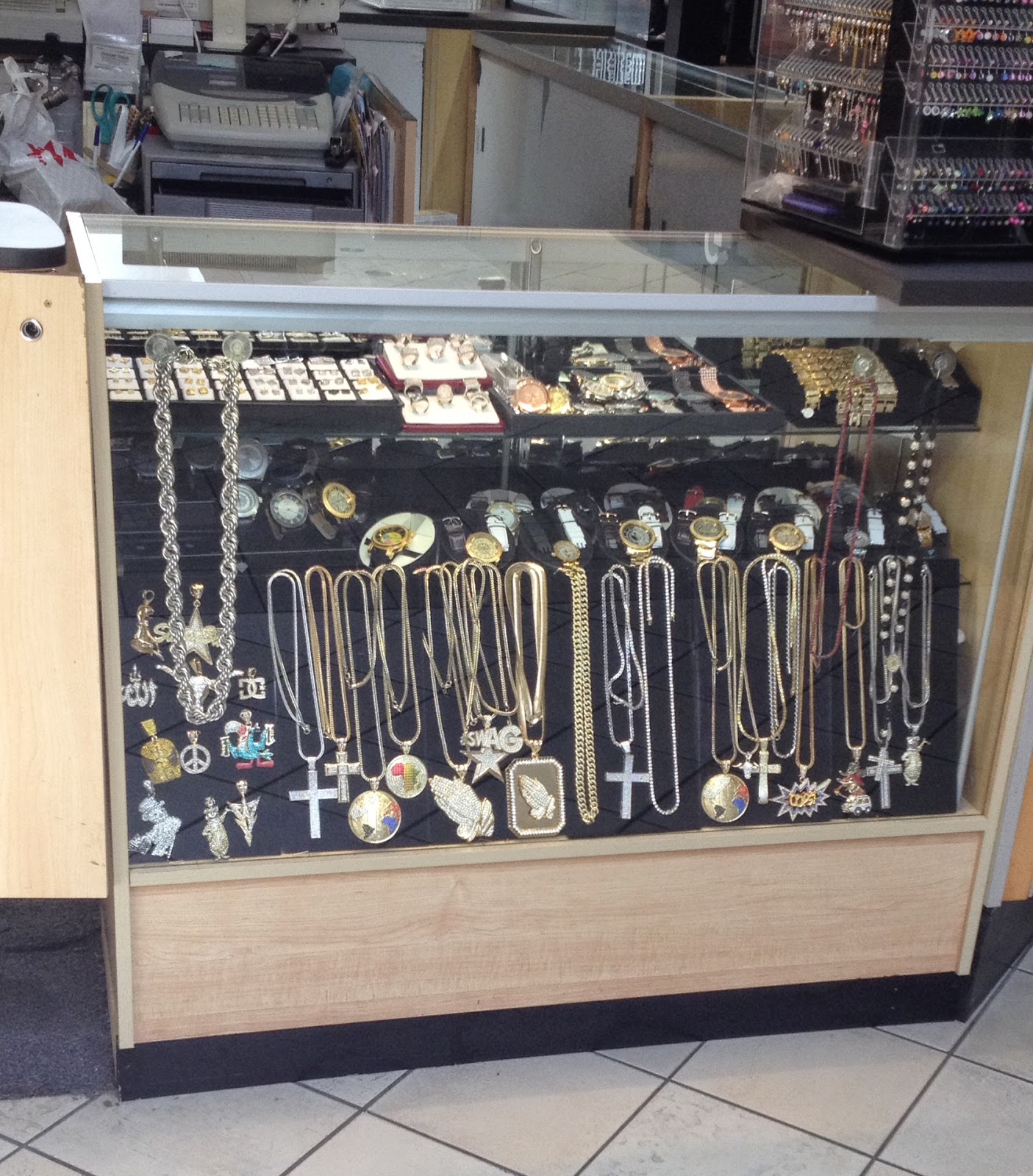 At University Mall, shoppers wait for the kiosks to open so they can buy priceless jewelry. 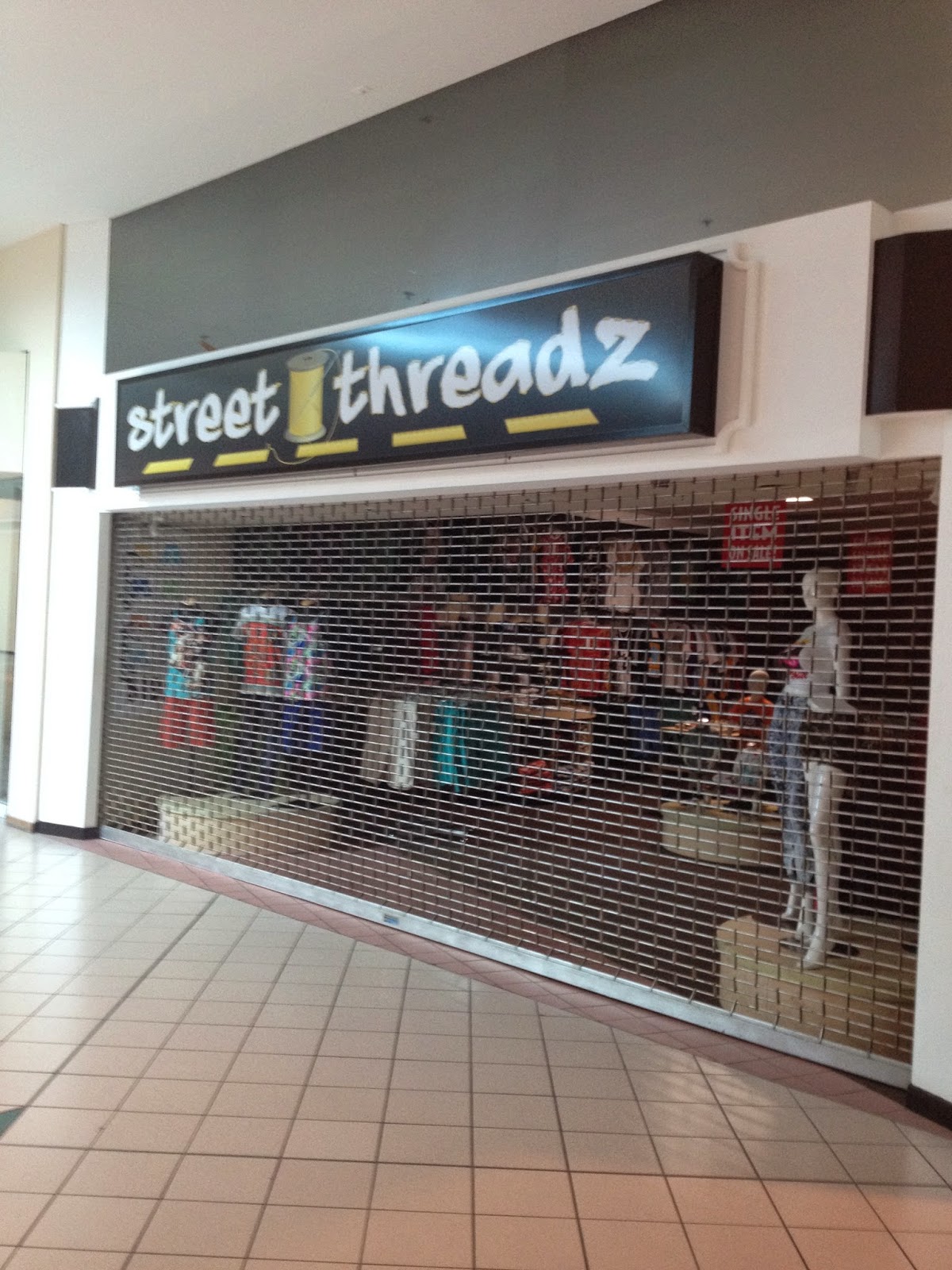 These accessories are typically worn with the many clothing choices at stores like the ever popular "Street Threadz"... 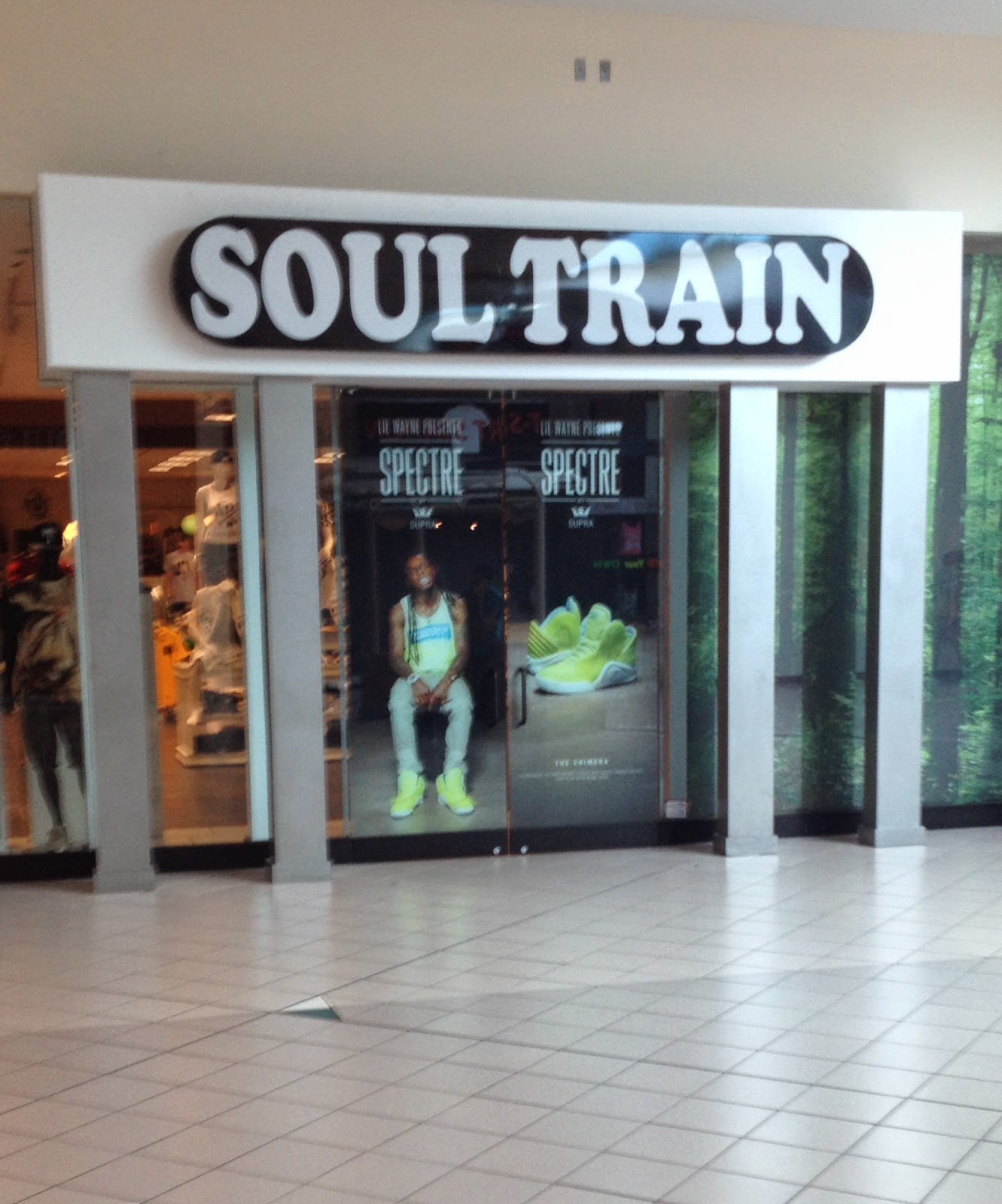 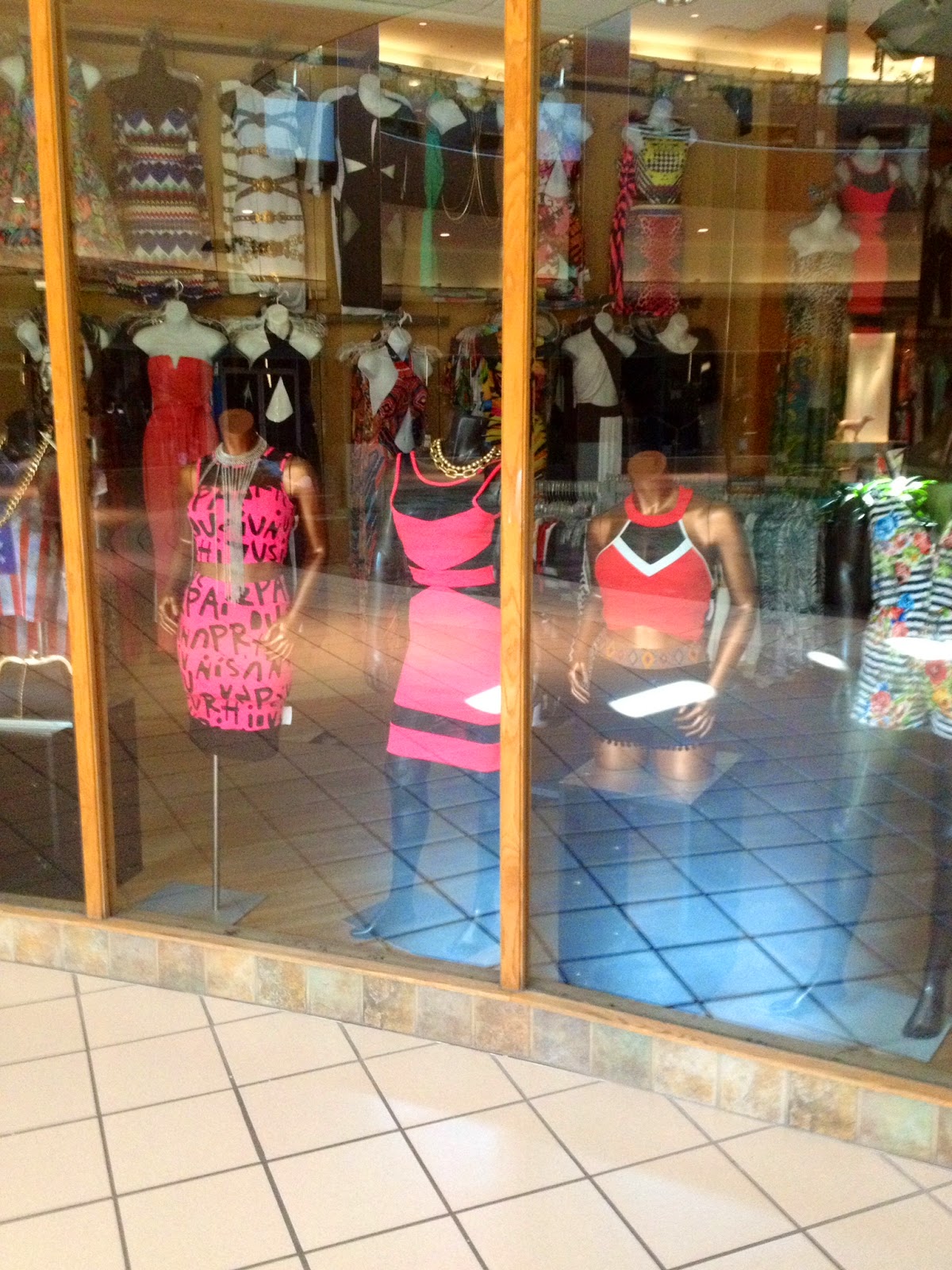 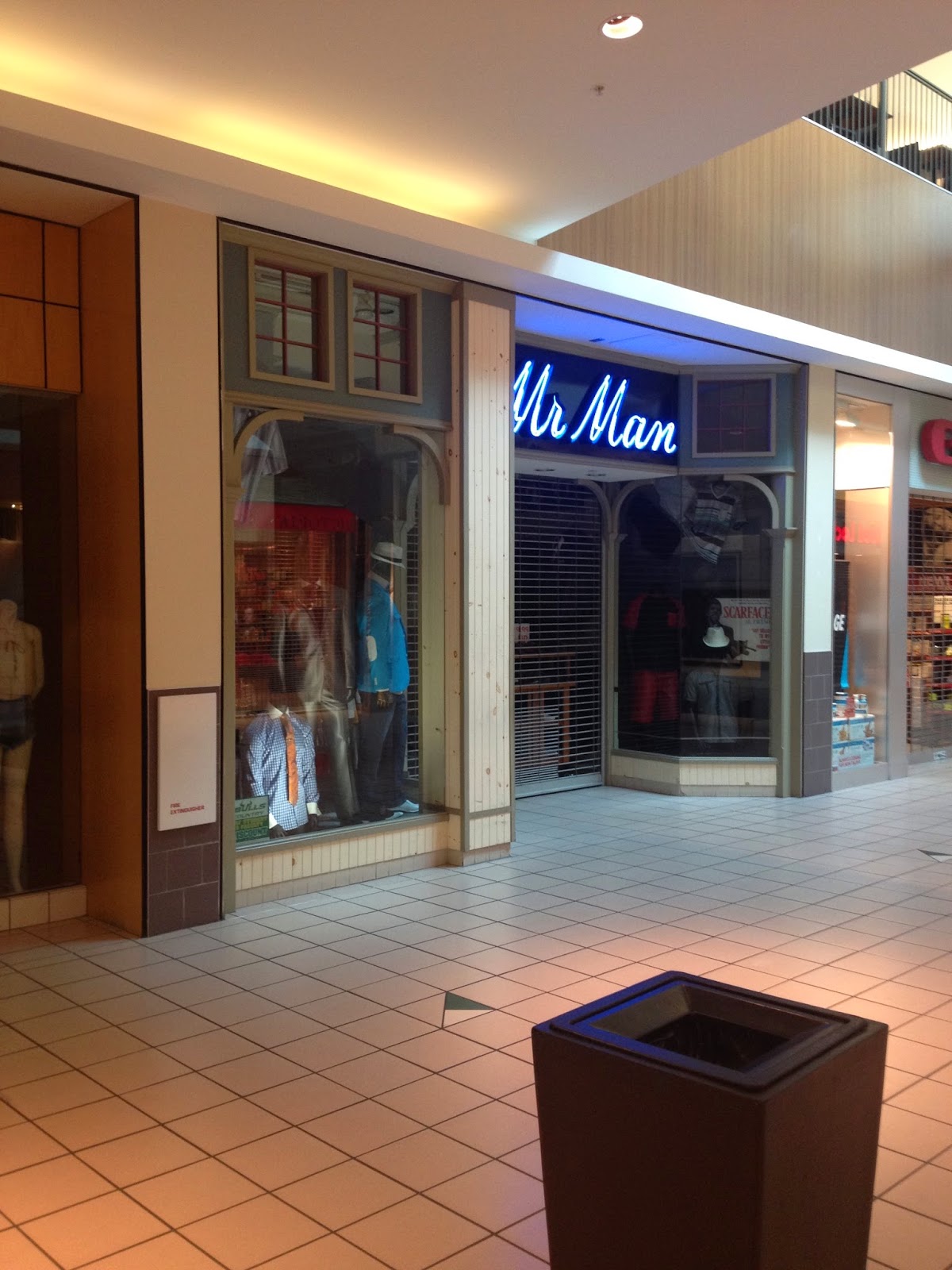 ... And there is "Mr. Man".  Don't you love that name? Since it sits next to the Ho Store, I think it might be for  those guys with the velvet suits and the big hats... 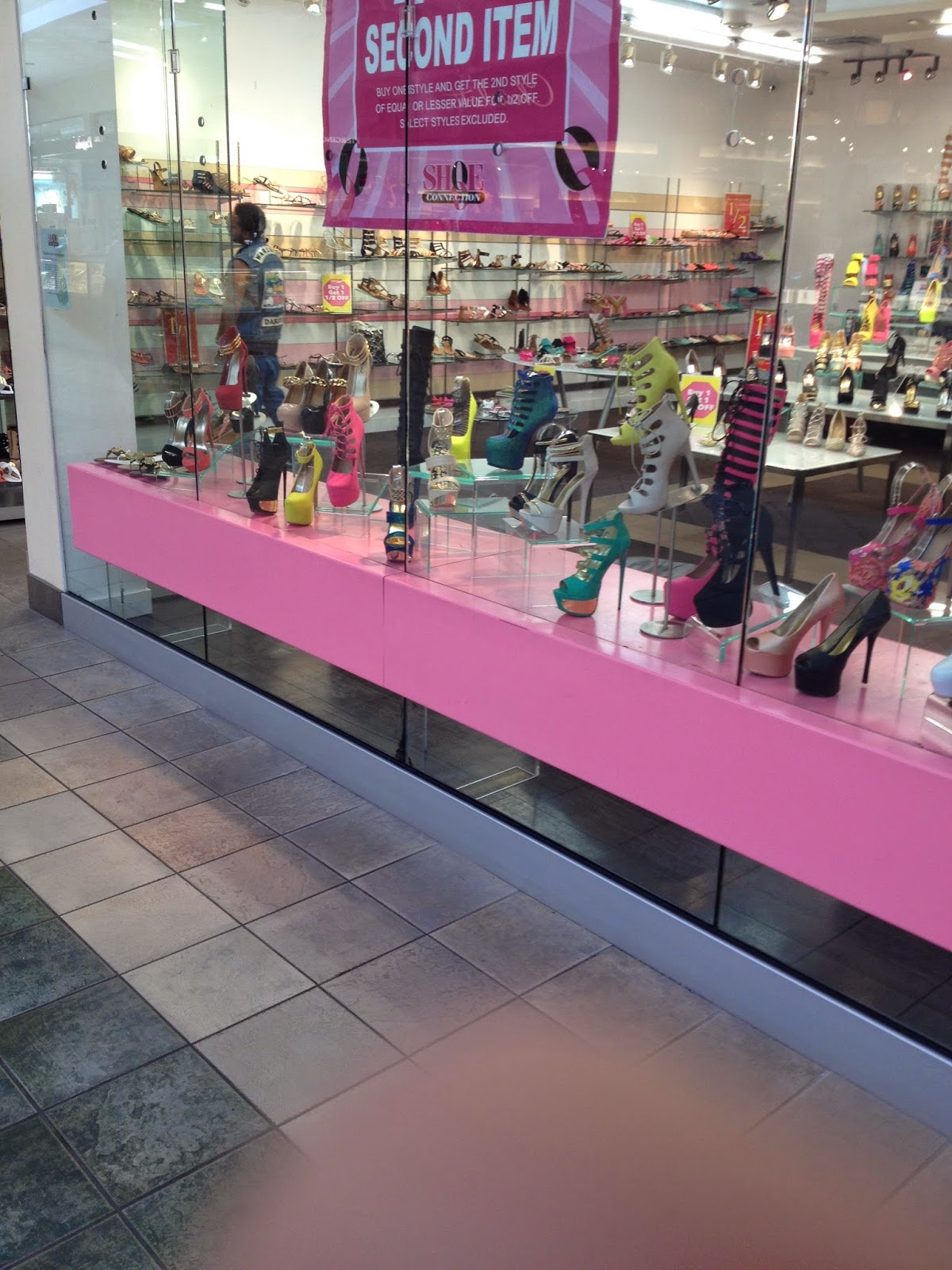 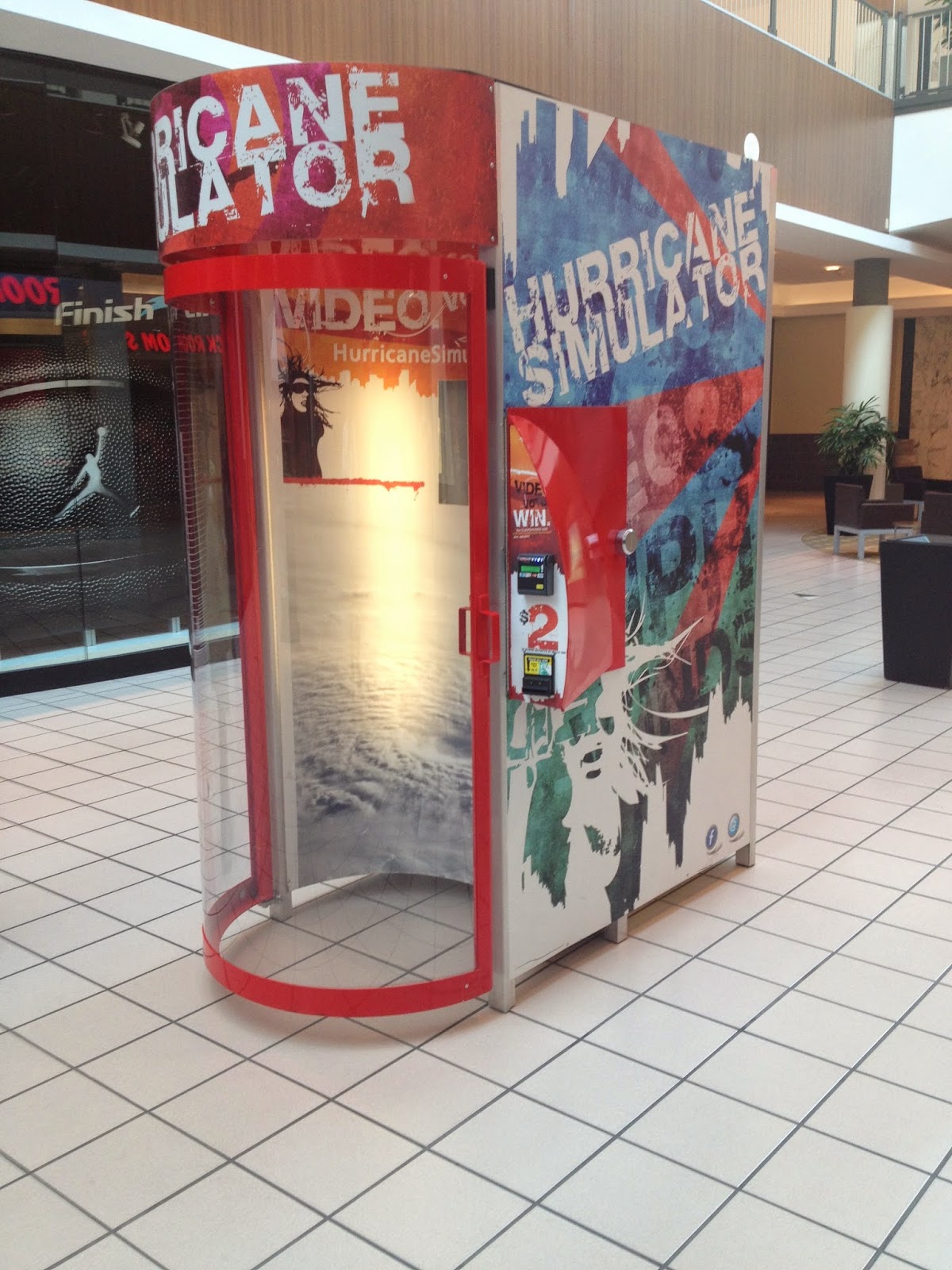 ... There's even a hurricane simulator machine. My guess is that it's a place where moms threaten to put their kids if they act up. (After they weigh them down with gold chains).

It's ALL For You, Honey 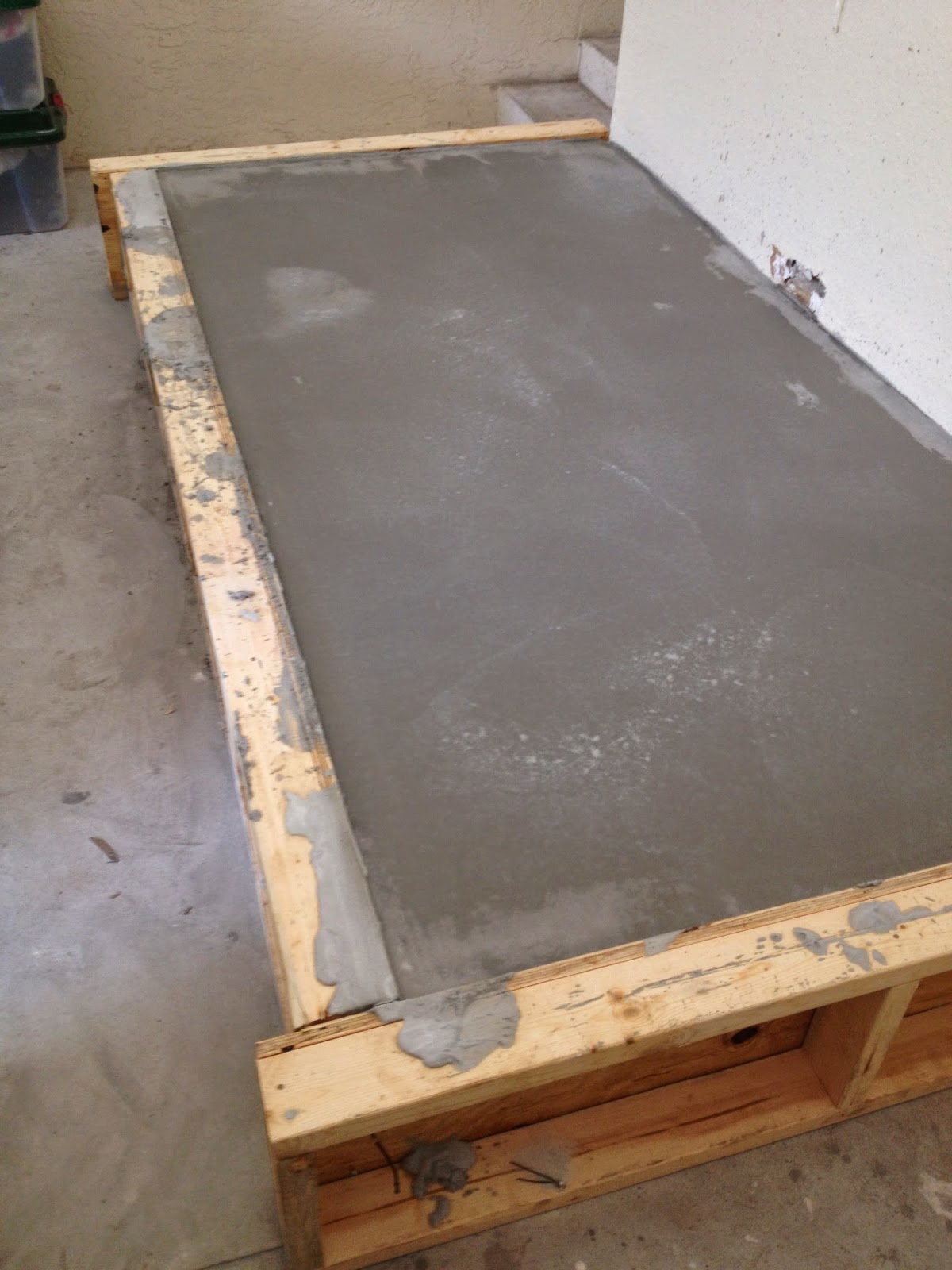 Yesterday, when I pulled into the garage, I noticed a cement slab that had been freshly poured.

If I were a suspicious person, I would have been very nervous. Come to think of it ... Debbie's been acting strange ever since she made me rent Silence of the Lambs. She's also asked me a lot of questions about our insurance coverage.

I have to admit that I didn't feel much better when I asked her about it.

"What cement slab?' She asked.

"The one in the garage."

She thought about it. "Where in the garage?"

That Debbie. She's pretty funny. Turns out, the slab is a footer for (what else?) more renovations. This time it was to increase closet space. "Honey, I know that you have no space in your closet, so we are breaking through the wall to the garage and expanding your closet."

"I know." She said. "And after it's finished, we will switch closets and you'll have mine." 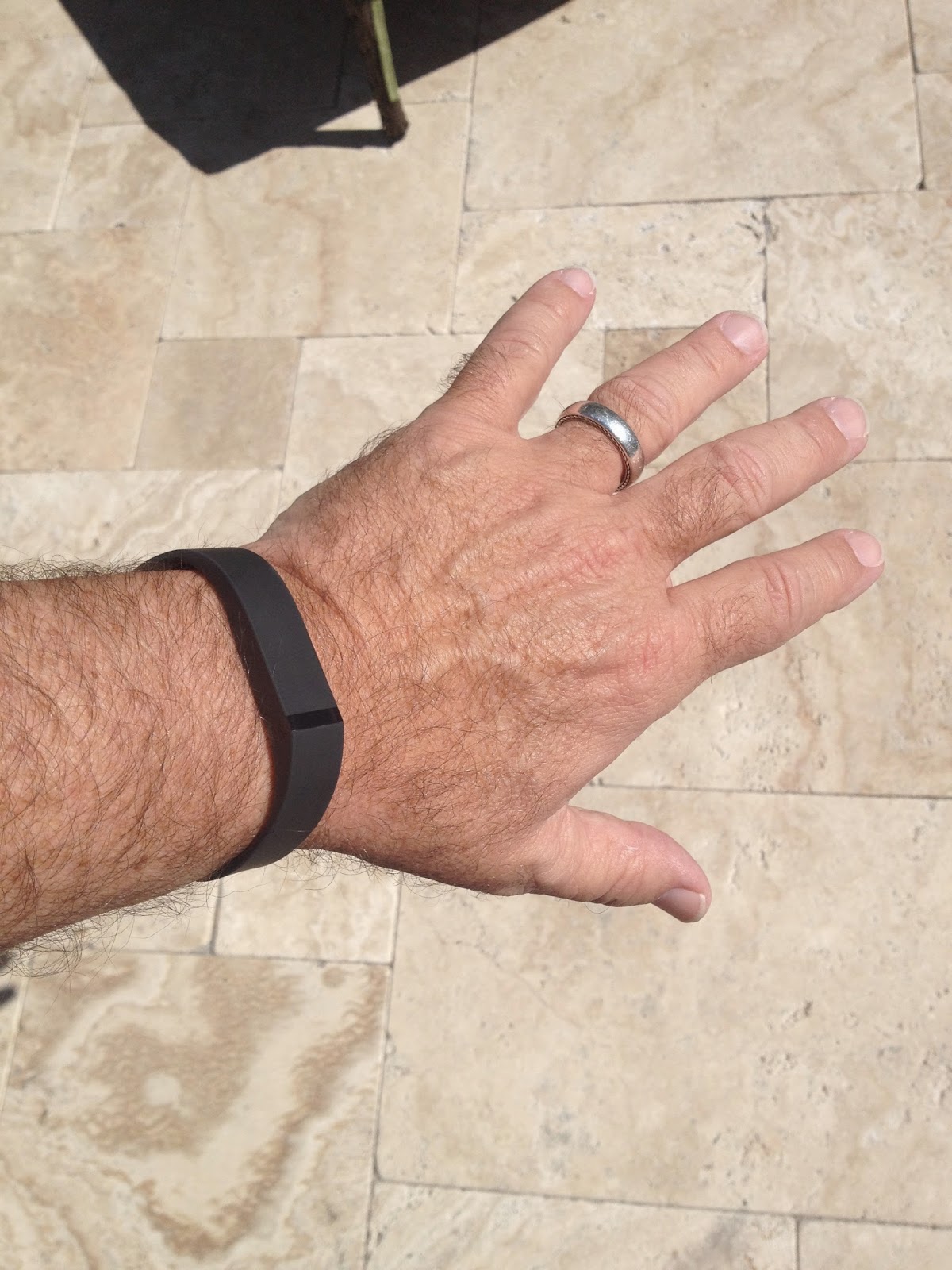 Alissa introduced me to a new way for me to realize how out of shape I am ... FITBIT.

It straps on your wrist, has a rectangular insert that blinks as you reach your goal distance (mine is 10,000 steps) and syncs with your iPhone to make you feel extra guilty when you don't reach your goal.

It comes in two sizes: small and large. There is no fat wrist size available so I settled for large.

The first day I wore it, I had more movement when I slept than when I was awake. I reached a whopping 1000 steps ... 10 shy of a caterpillar. 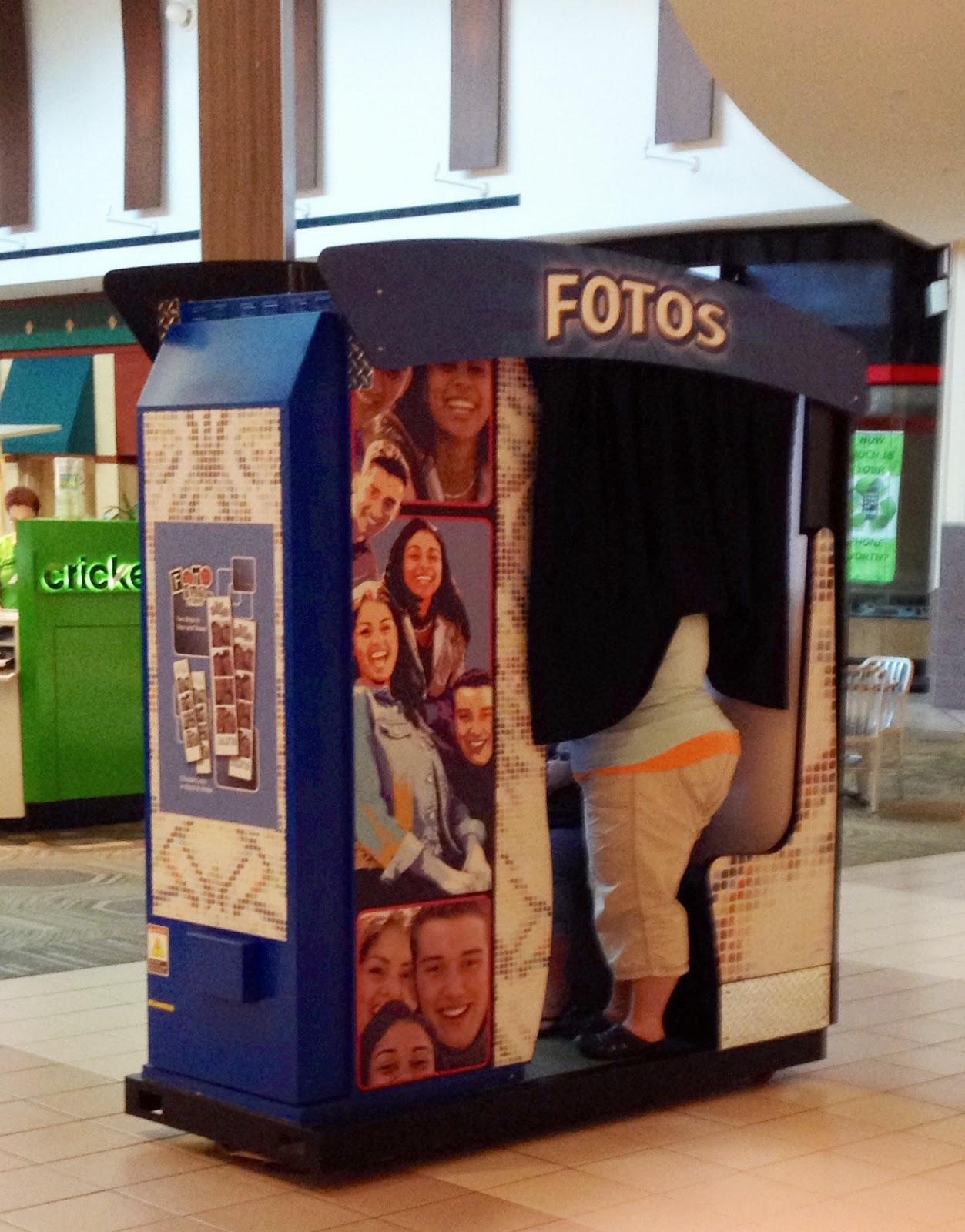 I had some work to do ... so, the next day, off I went to the mall that sits a few blocks south of USF. I got there a few hours before it opened and joined the other mall walkers who looked like they had one more lap in them before they kicked off.

The mall (even when it's opened for business) looks like it's closed. It's a pretty lonely spot. But it was perfect for what I needed: Encouragement. It is filled with people who have me by about 150 pounds ... and those are only the women.

I was so excited about my new number! That was until I met the lady (pictured) in the photo booth. 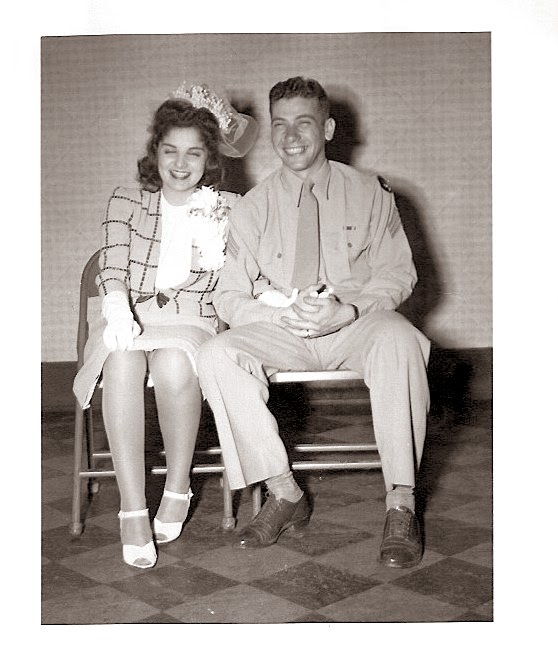