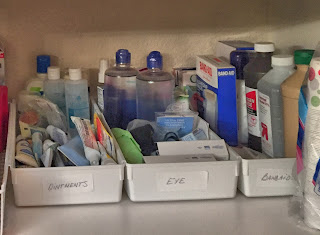 Each of us in our own way uses labels. We label people we meet or see every day ... like the old woman in line at the grocery store buying cases of cat food ("lonely") or the kid who whines about everything ("spoiled") or the guy running for President with the comb over ("narcissist").

We can't help it. I think that it somehow helps us keep our sanity to put labels on things. I might label something differently than you or we might have multiple labels for the same thing. We could both be listening to the same Celine Dion song and you might say "beautiful" and I might say ... wait a minute ... I wouldn't be listening to Celine Dion. 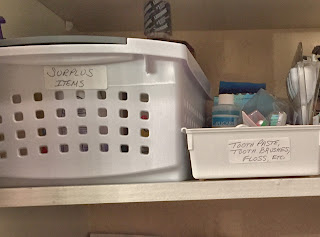 If you are really organized, like my wife Debbie, labels are in your DNA. Just about everything in our house is labeled and categorized. A couple of weeks ago, Debbie organized the bathroom cabinets into interesting containers:
1. Eye (not kidding)
2. Ointment (you don't want to know)
3. Bandaid (this makes sense ... different sizes)
4. Toothpaste, toothbrush, floss, etc. (really? that many toothbrushes and toothpastes and flosses?)
5. Surplus items (this was my favorite because it really was everything else that you would look for in the bathroom if you didn't cut yourself, stab yourself in the eye or need an immediate tooth cleaning with new dental products.) 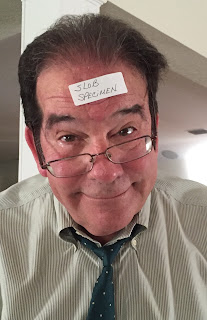 But what do I know? I can't ever find anything I need, I don't label stuff and I'm perfectly happy using my tried and true method: 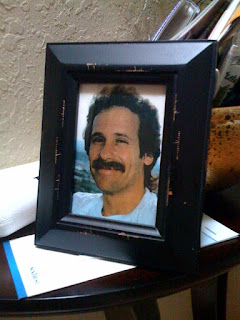 Lots of changes since we last talked. Dad died last year. You probably knew that. I imagine that you've run into him up there. (He is up there isn't he?) I was always impressed with how much patience you had with him ... more than I did. And with mom too. Hey, do they get along up there? Are you keeping things under control?

This past year, Deb and I took Mom and Dad back to New Orleans. You would have enjoyed it. Went to all their favorite spots and then left their remains in Lake Pontchartrain (where they always wanted to live  and ... as you know... could never afford it.) 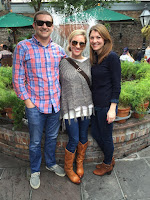 Your nieces and nephew miss you.  You'd be so proud of them.

Josh (who looks more and more like you as he gets older) gets married at the end of the year. He and Theresa tie the knot on New Years Eve. Cool huh? It's a small wedding ... just family and their friends. He's working for the Rays, by the way, and loving it.

Alissa and her husband Nate moved from DC to St. Pete. They just closed on a house a few blocks from us now. She's working for WellCare as the state wide communications director. 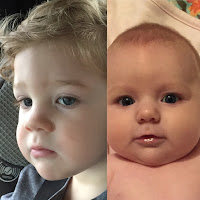 And Nikki has a new baby ... Grace. What a cutie! Four months old and sharing the love with her big brother Cole who just turned two. Nikki is now a partner in her Internal Med practice in Savannah. She and hubby Steven also just bought a beautiful house. We will see them all on Thanksgiving. 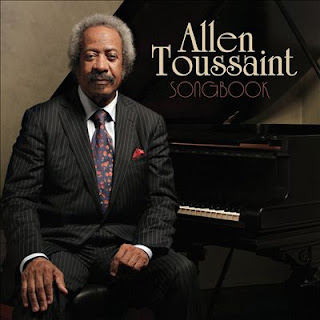